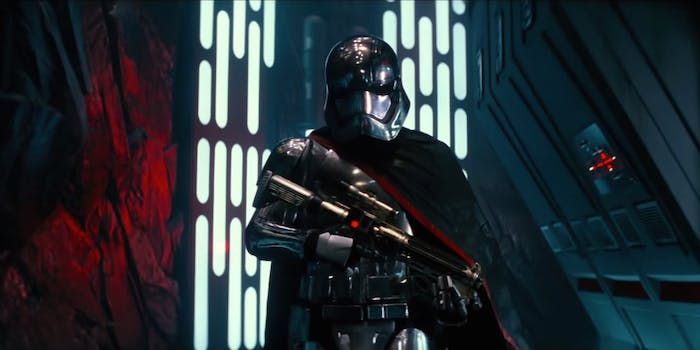 And what an epic scene it is.

Only The Force Awakens could create global buzz with just a few seconds of new footage.

We’ve only seen two teaser trailers and a few cryptic interviews for the seventh Star Wars film, which will be released on Dec. 18. So when a Korean TV spot surfaced online with a surprising beginning, Star Wars fans naturally lost their minds.

The new footage, which lasts for literally two seconds, shows a massive gathering of soldiers and officers loyal to the First Order, the remains of the Imperial government after the death of the Emperor in Return of the Jedi. In The Force Awakens, we’ll meet First Order leaders Kylo Ren, General Hux, and Captain Phasma, along with the redesigned stormtroopers at their disposal.

The rest of the trailer is the same thing we’ve watched and rewatched several hundred times—but that doesn’t mean we’re any less thrilled by it.