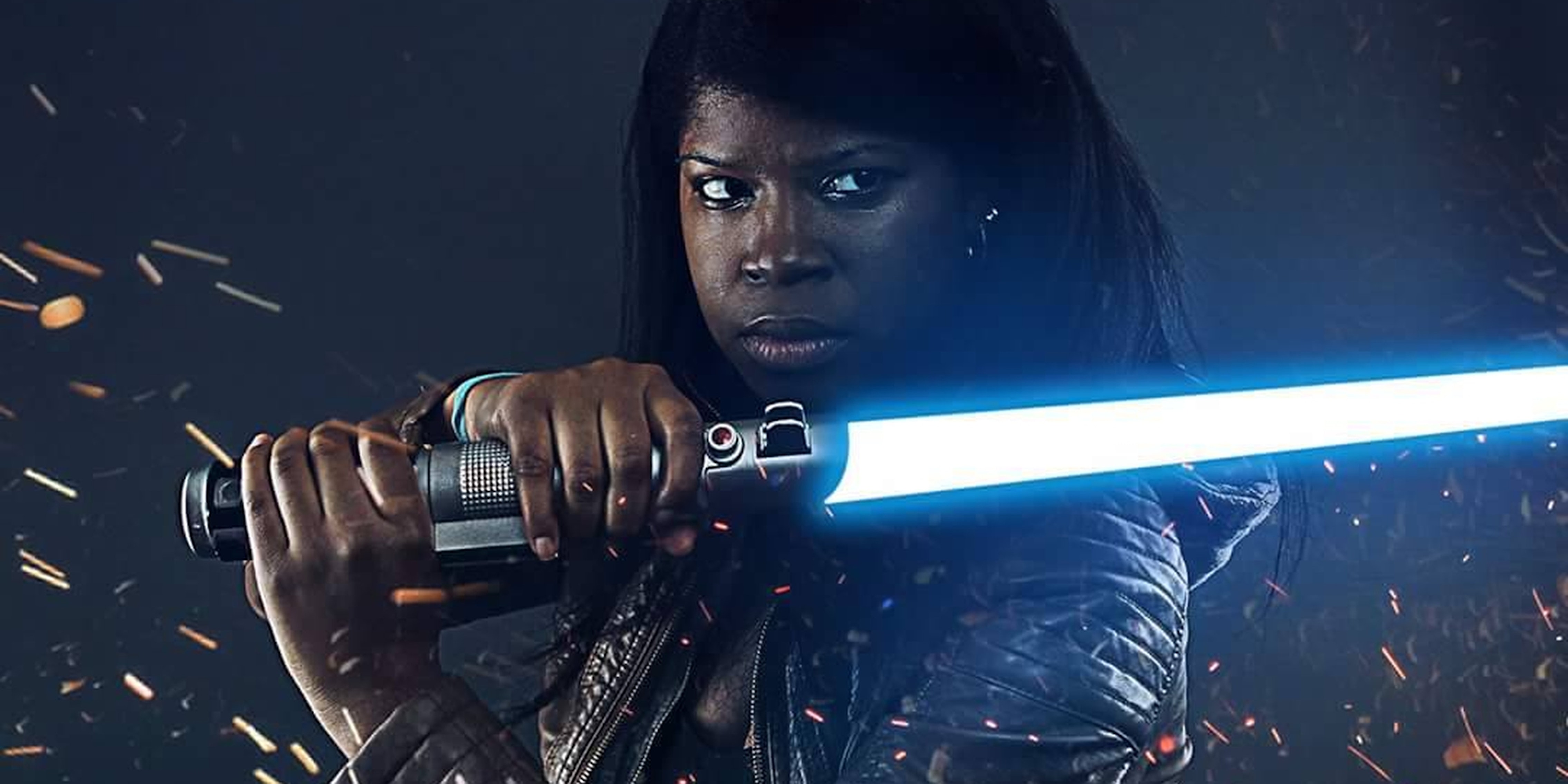 The Force is strong with this one.

Star Wars cosplay has never been better than in it is the wake of The Force Awakens, as fans take on new characters and the new costumes of older characters.

Cosplayers have made memorable convention appearances and created adorable family moments, and in some cases, they’ve grabbed the attention of the actors behind those characters.

That’s what happened to Krissy Victory, whose female Finn cosplay earned praise from actor John Boyega, who played Finn in the film.

Boyega retweeted Krissy Victory’s photo of her outfit and added, “I’m in love.”

Krissy Victory first became interested in cosplay after a friend convinced her to dress up with her at a local anime convention, and she’s been hooked ever since. Her costumes cover a multitude of fandoms, from Catwoman and Wonder Woman to Pocahontas, Bioshock Infinite, and Pokémon.

She’s a lifelong Star Wars fan who started with the prequels and re-watches the movies every May the Fourth with her brother, and she’s even cosplayed as Slave Leia in the past. But she found a new source of inspiration in Finn after The Force Awakens, and he quickly became one of her new favorite characters, alongside Anakin Skywalker. 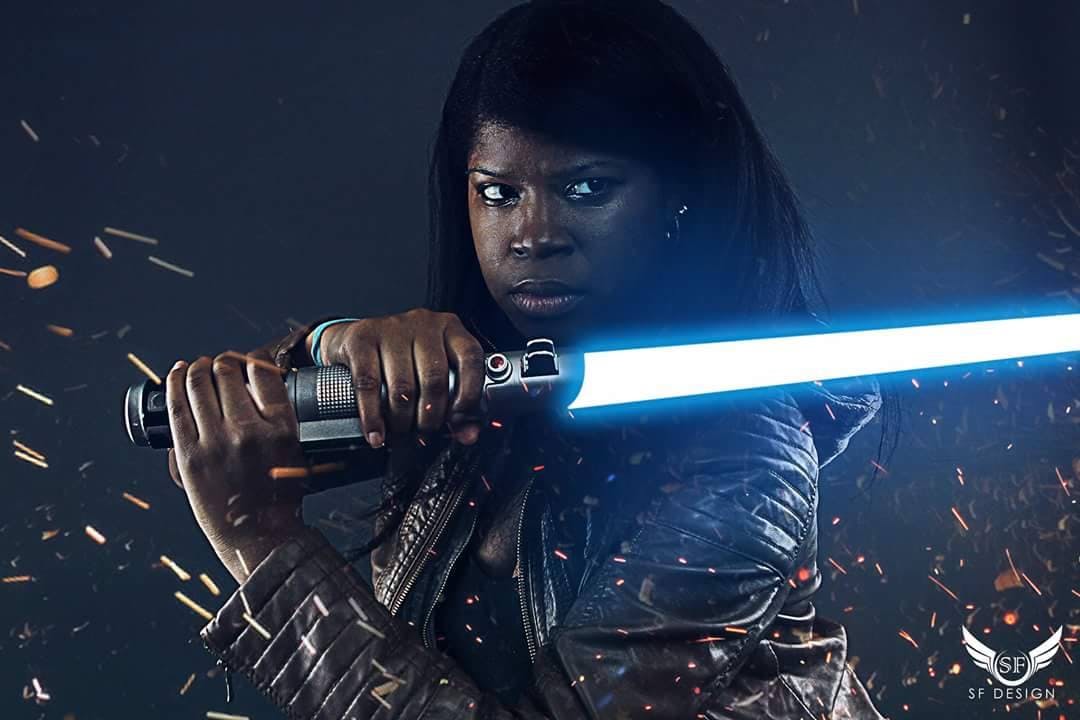 “When I saw Force Awakens I fell into inspiration and admiration, the new characters were so amazing!” she told the Daily Dot in an email. “Finn grabbed my interest the most, he’s so funny, quirky, and I was hooked every time Finn hit the screens.”

Victory was instantly hooked by Finn’s story and the possibilities of where it could lead in Episode VIII, and she soon began putting together a Finn’ costume. She found a similar jacket and lightsaber fairly quickly, and in the span of two weeks she came up with the rest of the outfit.

She decided to keep her hair the way it was and not change it, because her “vision of Finn would be similar to how I look.” She kept the hair and makeup light, wanting it to “feel more real.”

On Friday, she shared a photo of her Finn cosplay with her followers, which shows her getting ready to strike.

Less than 20 minutes after she tweeted, John Boyega issued his retweet.Victory, who has notifications set for whenever Boyega tweets, initially thought that it was spam. She couldn’t believe it, but then she saw that the tweet was real, and soon her notifications blew up as more people discovered and retweeted her photo.

@JohnBoyega OMGGGGGGGGG IM DYING HERE JOHN YOU MADE MY LIFE

“To have such an inspiration one of my acting icons and favorite character in Star Wars acknowledge my presence—I couldn’t be any more honored,” Victory said. “I am a young dreamer like he mentioned at the BAFTAS. This felt like an award towards me personally, and I feel deeply honored.” 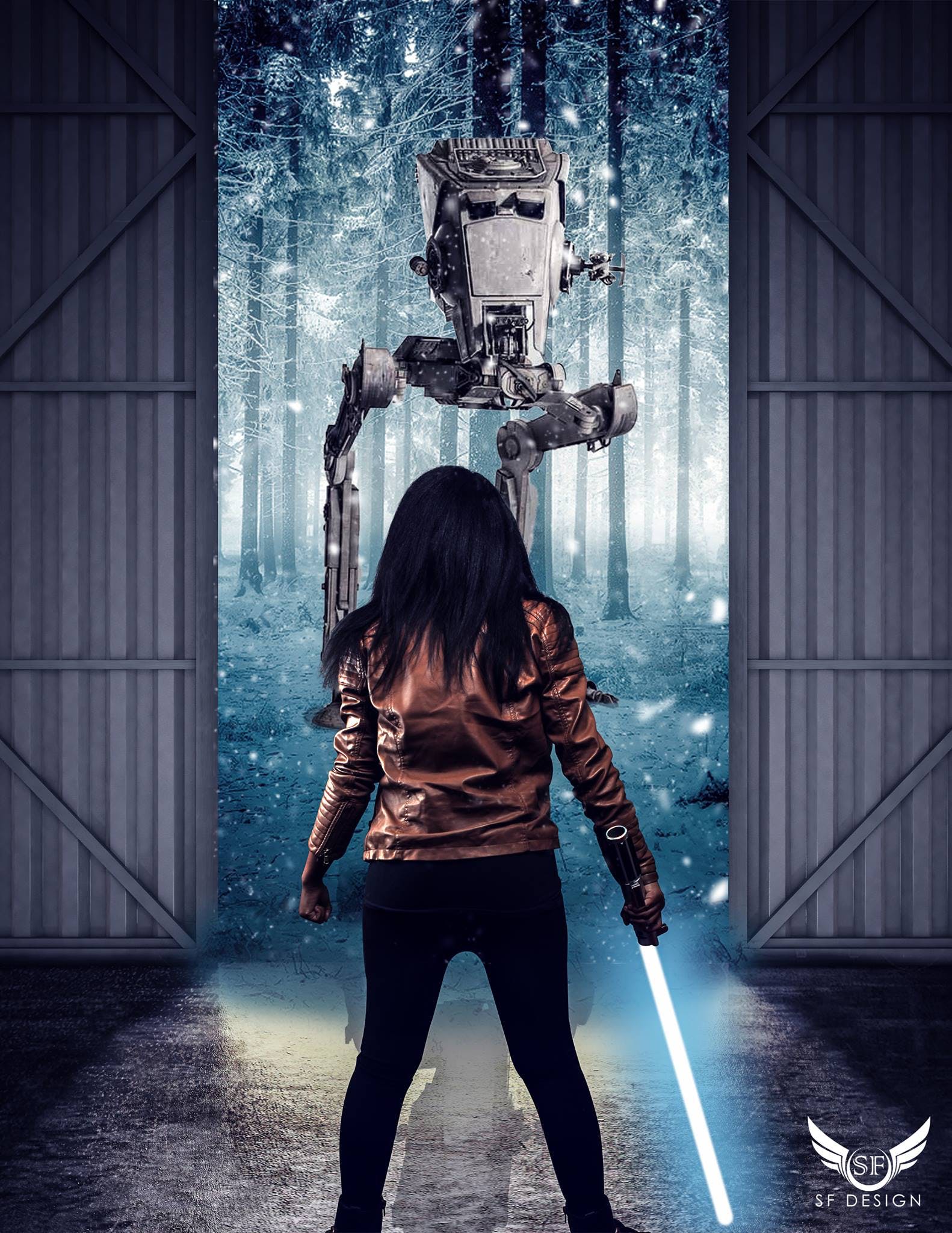