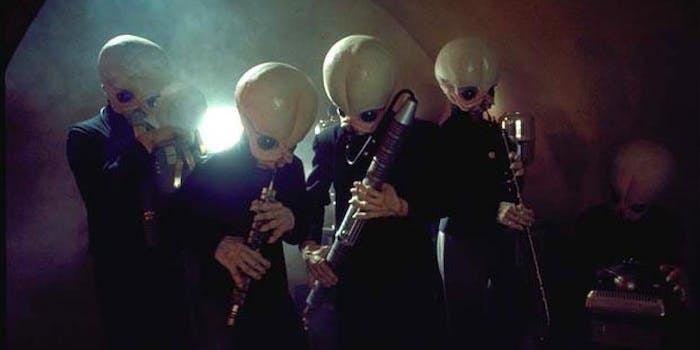 This collaboration is like some kind of 2015 pop-culture Mad Libs story, and we love it.

In an interview with Jimmy Fallon, Abrams said that he and Miranda collaborated on the cantina music for the new Star Wars movie. Incredibly, this whole situation happened because Miranda is a huge Star Wars fan and Abrams is a huge Lin-Manuel Miranda fan, so it sounds like the collaboration was a delightful love-fest from beginning to end.

Miranda chimed in on Twitter after the interview, saying that he and Abrams had worked together twice a week for the past two months—on the same days when Miranda was performing in Hamilton.

In retrospect, maybe it isn’t so surprising that the two busiest people in show business ended up working together. Do either of these guys even have time to sleep?