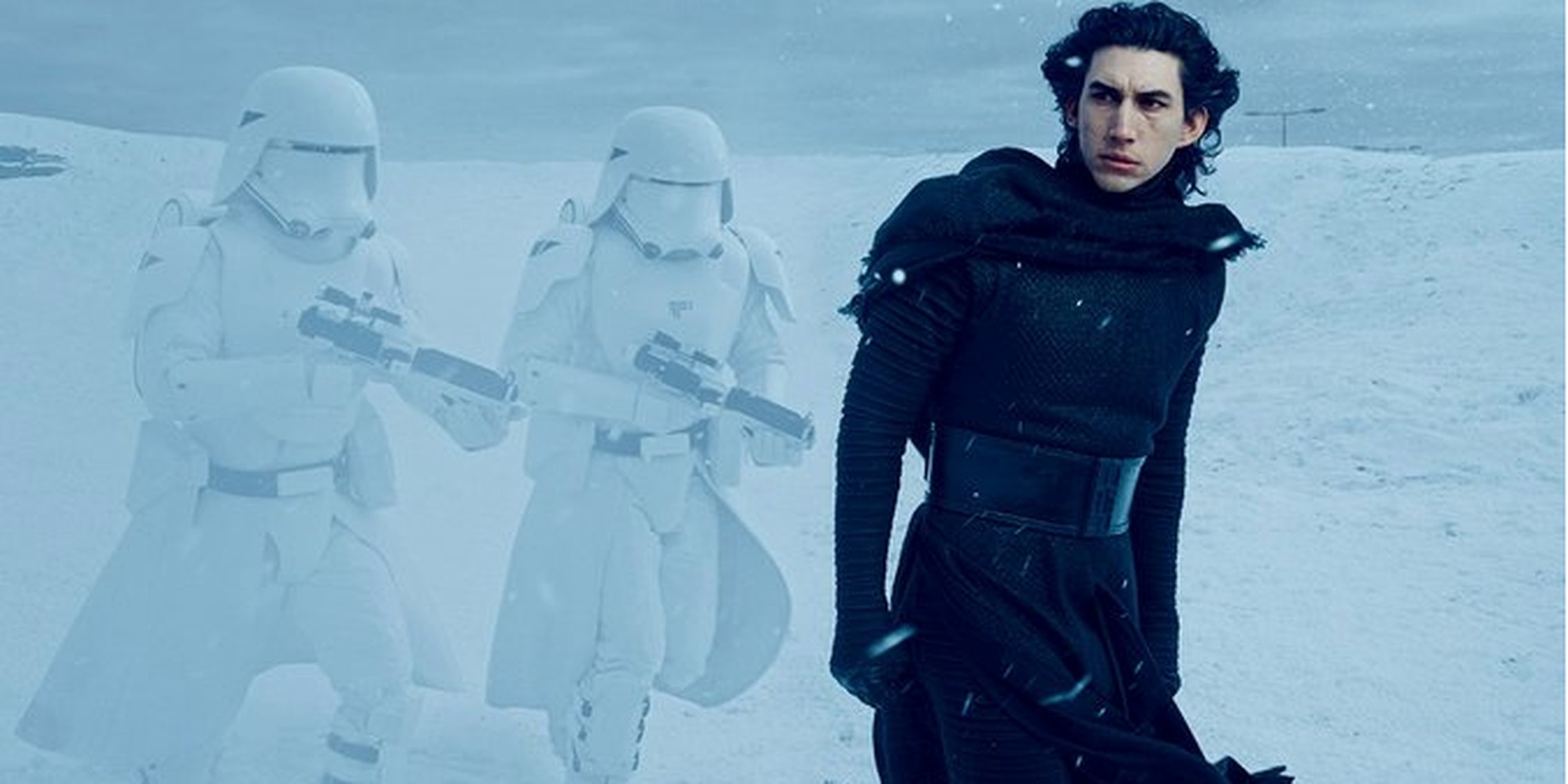 He's the perfect mixture of Sith wannabe and school goth.

Within the ranks of the First Order, the villainous post-Imperial faction in the new movie Star Wars: The Force Awakens, few people are more feared than dark-side acolyte Kylo Ren. Within the Star Wars Twitter world, few accounts are more delightful than Emo Kylo Ren.

In the film, Kylo Ren is a tortured soul who makes demonic choices because of his obsession with the dark side—and, more specifically, with the legendary Sith Lord Darth Vader. On Twitter, Emo Kylo Ren is a brooding, Sith-goth brat whose rivalry with schoolmate and budding space-fascist Hux (aka First Order General Hux in the film) is matched only by his clashes with the insufferably overachieving Rey (the protagonist of the movie).

Here are some non-spoilery anecdotes from Emo Kylo’s tortured journey.

Efforts to uncover Emo Kylo’s true identity have thus far proved fruitless. When I noticed the account, it was following six accounts, including the Daily Dot, which really piqued my curiosity. At press time, it only followed two accounts, which, when combined, express Emo Kylo’s aesthetic perfectly. 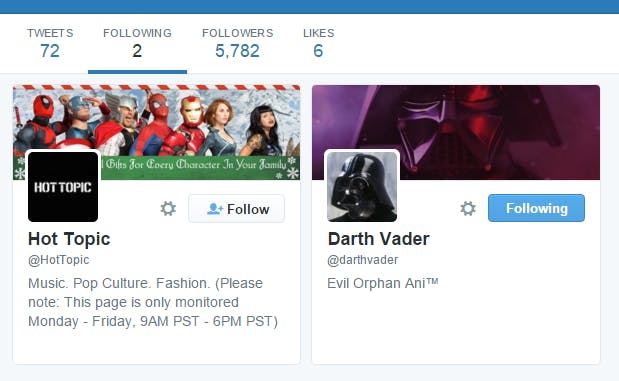 Emo Kylo is a perfect caricature of his real Star Wars counterpart. He’s an infuriating person, espousing the rhetoric of movements like Gamergate…

it’s about ethics in Force journalism

…dabbling in repellent musings about the capabilities of the sexes…

But there’s a sad side to Emo Kylo. Like the “real” Kylo Ren, he’s something of a misunderstood soul.

And don’t you dare tell him he’s wearing a fedora, the favored hat of men’s-rights activists.

*force-tosses you across the room* it’s a TRILBY

We have to wait nearly two years for Star Wars Episode VIII, but, at least for now, Twitter seems perfectly content with Emo Kylo Ren.