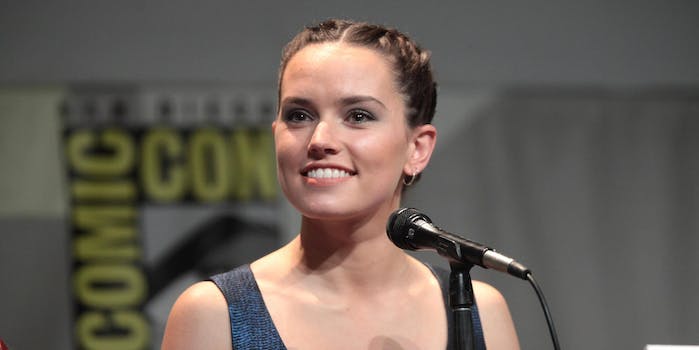 No one is more excited about the new 'Star Wars' trailer than the movie's lead actress.

Heartfelt weeping is a totally acceptable reaction to the awesome new Star Wars: The Force Awakens trailer. Just ask actress Daisy Ridley, who plays the main character Rey, and who broke down in tears when she saw the new trailer on Monday night.

Rey gets more screentime in the trailer than in previous clips, so she had an even better reason to be excited than the rest of us.

“Staying in a little b’n’b with my friend,” she wrote on Instagram. “Set an alarm to watch the trailer … My friend filmed my reaction. Totally emotional seeing it for the first time and so so so incredibly awed to be part of this incredible legacy.”

John Boyega‘s Instagram reaction was equally adorable, albeit with a lot more yelling. Who can blame him? He’s in Star Wars!

THE TRAILER IS JUST EEEEPPPPPPPIIIIICCCCCCC! Star Wars is back! gaaaaaad laaaaard! You know what! Let me just relax because this kind God oooo! Lmao! Seriously congrats to everyone ! December 18th!