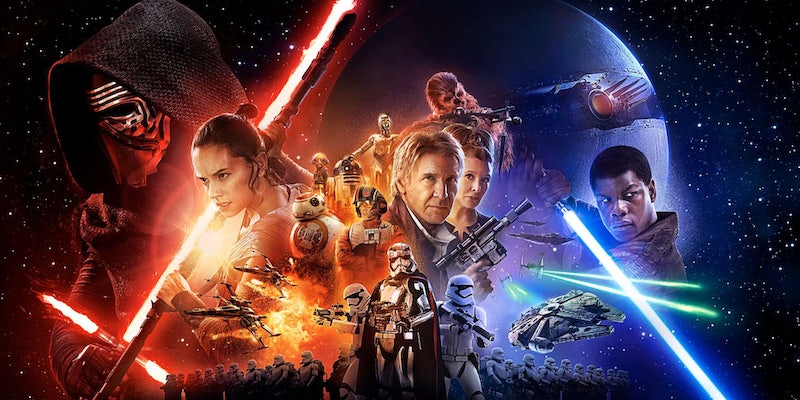 Soon enough, Star Wars will have made enough money for Disney to afford its own Death Star.

Just 12 days after its release, Star Wars: The Force Awakens has obliterated Jurassic World‘s record for fastest film to reach $1 billion at the box office.

Considering the film’s overwhelmingly positive reviews and Disney‘s year-long Star Wars hype campaign, it’s no surprise that The Force Awakens is breaking box office records left and right. Many fans have already seen the movie twice or more since it came out, following in the footsteps of the many repeat viewings earned by the original trilogy.

The Force Awakens already beat Jurassic World‘s opening weekend record, earning $528 million from Thursday to Sunday. However, the $1 billion record may be even more impressive. Jurassic World managed to reach the billion dollar milestone in 13 days, but this achievement was supported by the Chinese market. Meanwhile The Force Awakens surpassed this without selling a single ticket in China, where the film is scheduled to open on Jan. 9.

Oh, and in case this wasn’t enough, the new Star Wars movie also smashed the Christmas Day box office record, which was previously held by Guy Ritchie’s Sherlock Holmes. Disney is currently laughing all the way to the bank.