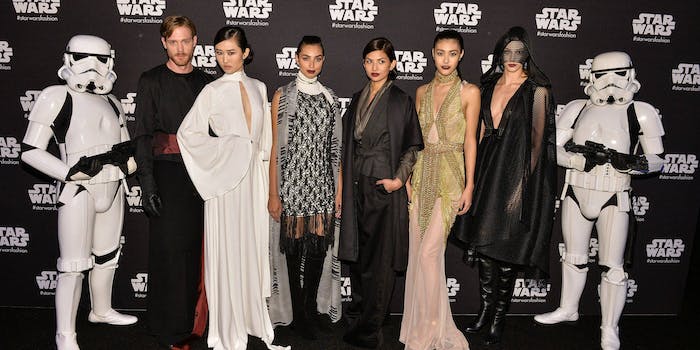 Six designers competed to see whose fashion would rule the galaxy.

The Force was strong at World MasterCard Fashion Week in Toronto on Wednesday where the Mercedes-Benz Start Up Competition partnered with Disney Consumer Products to host a Star Wars design contest. The competition featured the work of six fashion designers who each created an outfit for the spring/summer 2016 season inspired by the science-fiction franchise.

The designers who took part in the competition included Beaufille, Daniel Beaudet, Laura Seigel, S.P. Badu, UNTTLD, and NARCES. All of the looks were on display in a Star Wars-themed studio space. 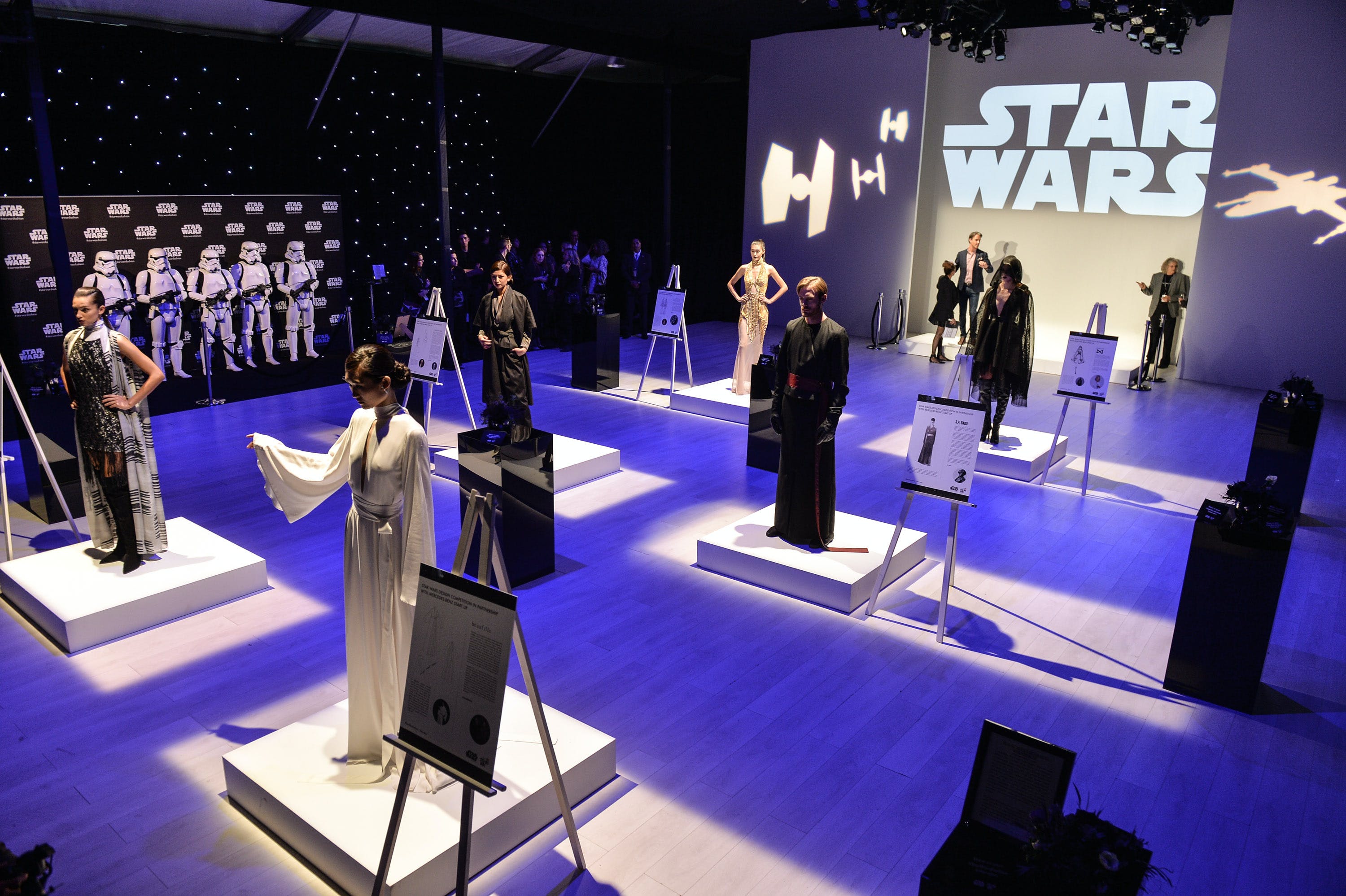 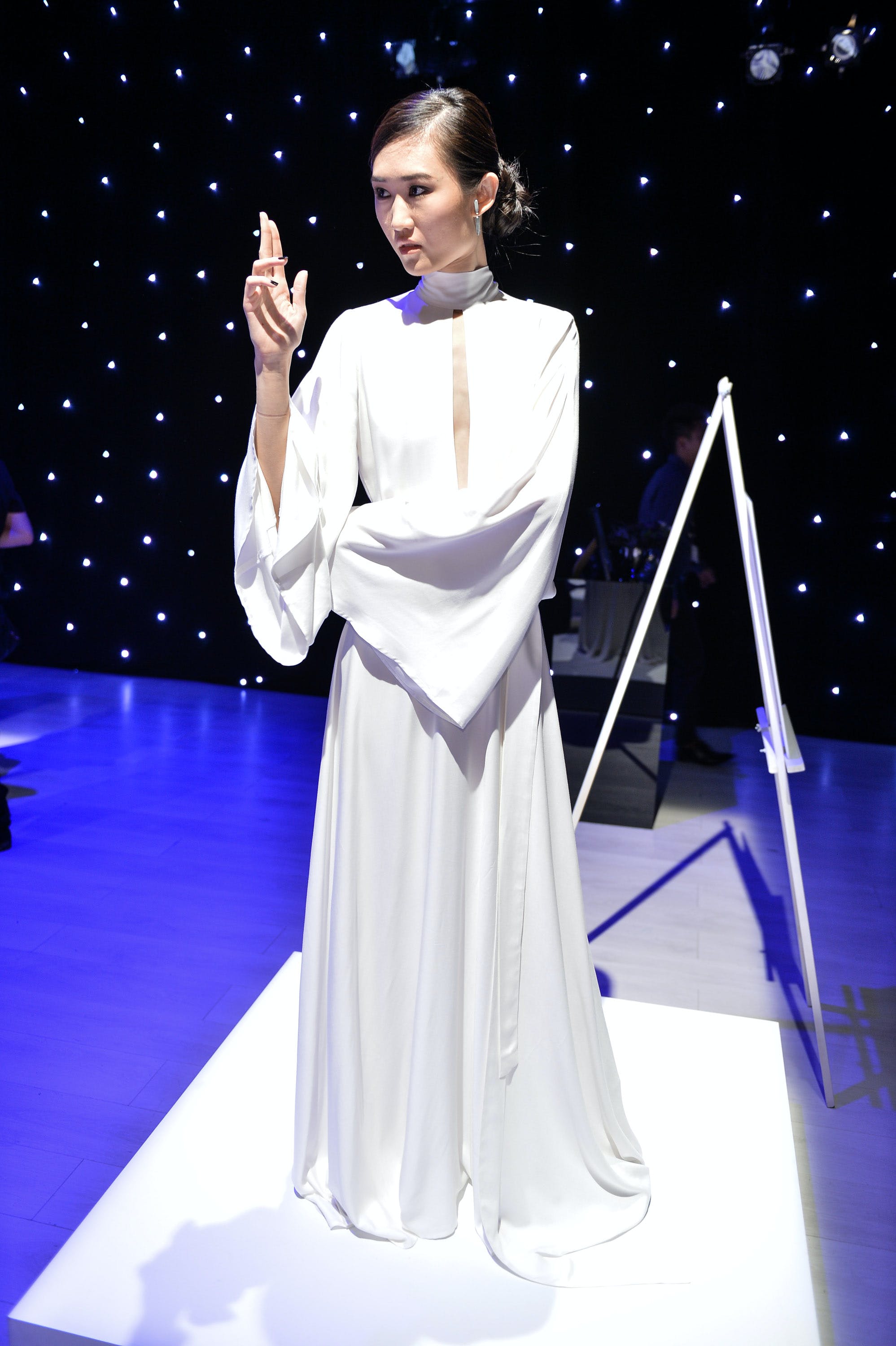 “With Star Wars: The Force Awakens launching in December, we know that the force among fans is stronger than ever,” Pete Noonan, Disney Consumer Products Canada managing director of licensing, said in a statement. “We are delighted to be back at World MasterCard Fashion Week, supporting up and coming Canadian talent. Star Wars has been a part of pop culture and fashion for many generations, so we loved seeing the designers’ interpretations come to life [Wednesday].”

A guest judge who helped choose the winning design was set decorator and director Roger Christian, who won an Academy Award for his work on the original Star Wars and helped create the lightsaber. 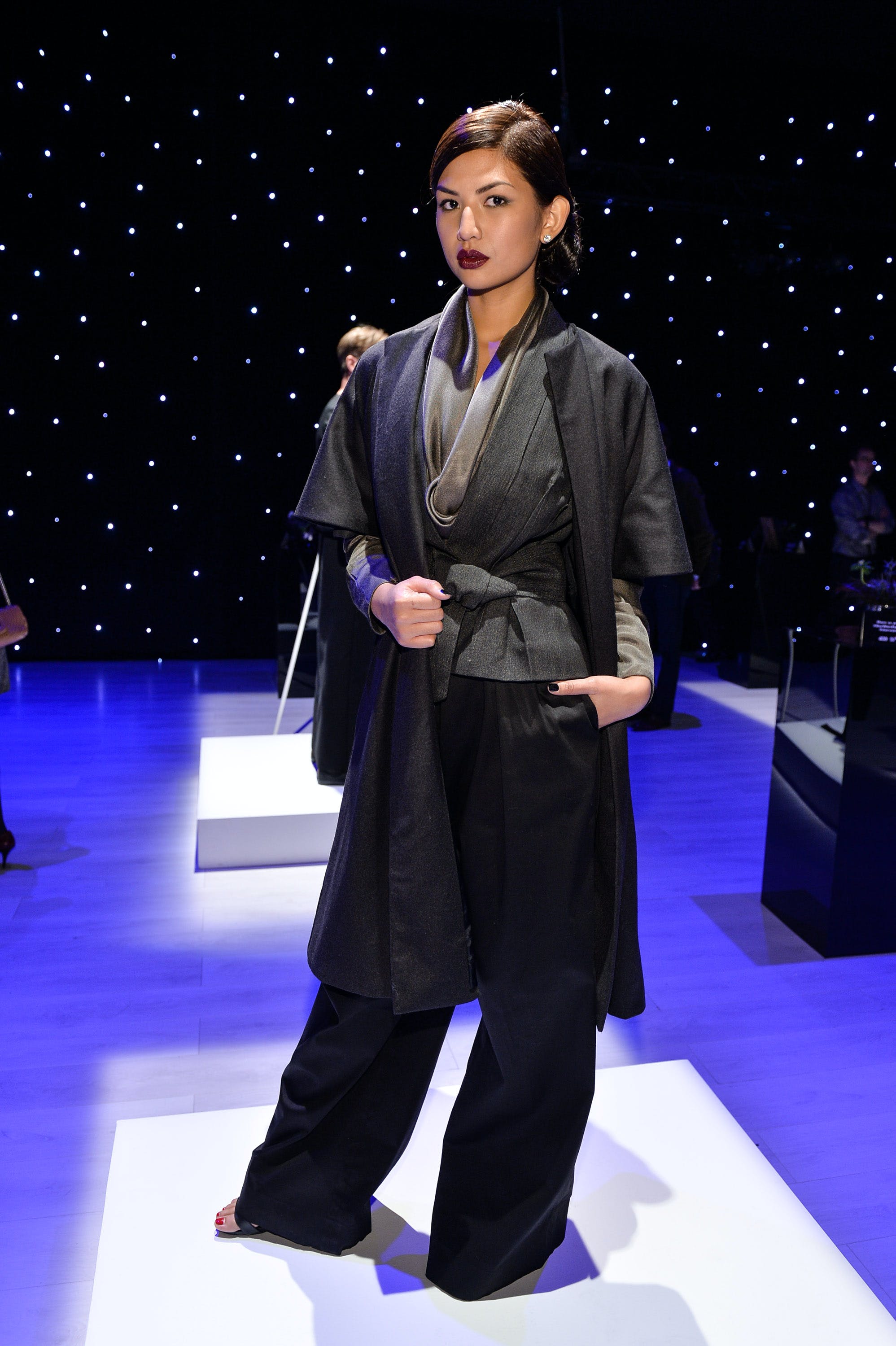 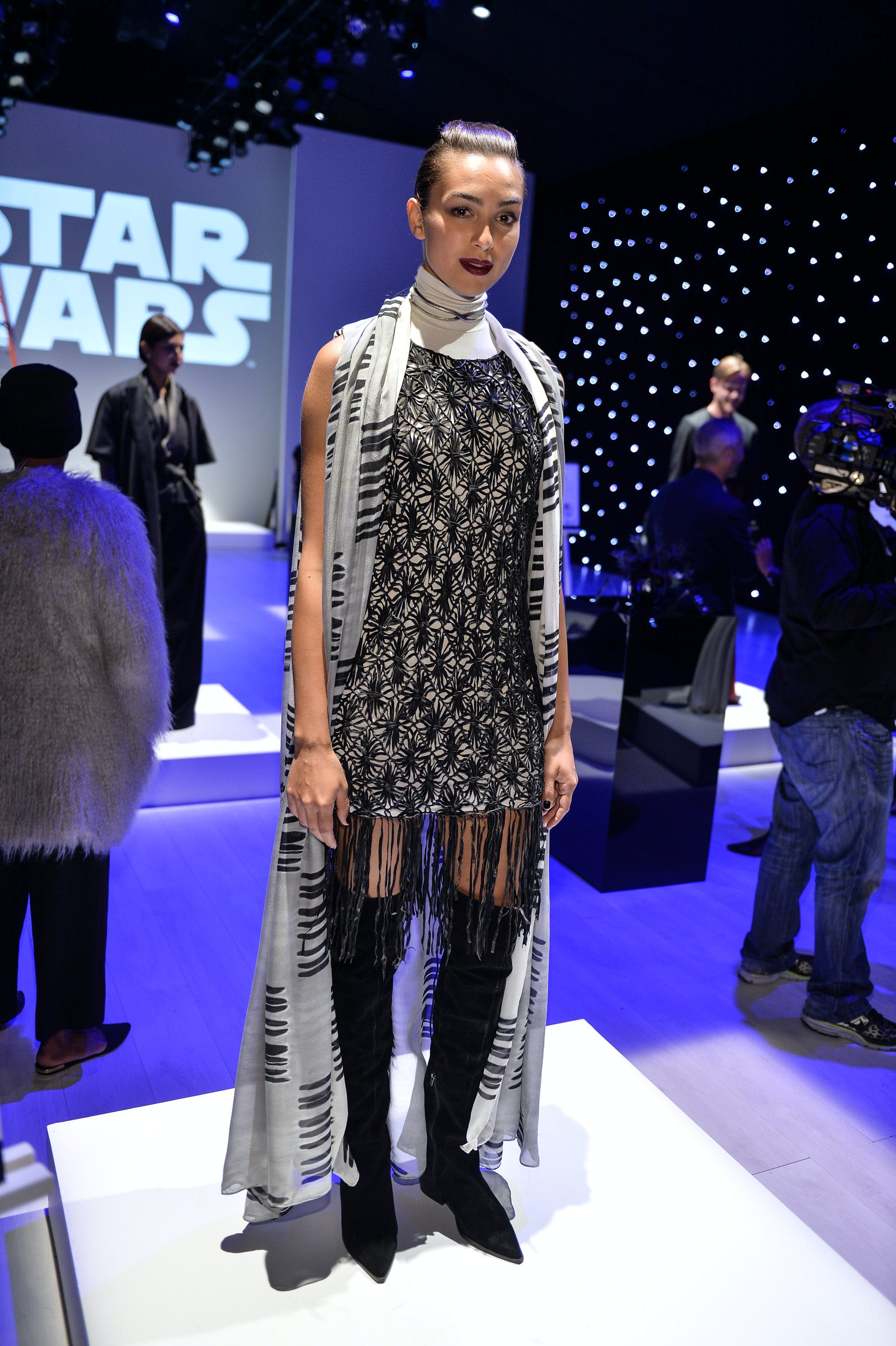 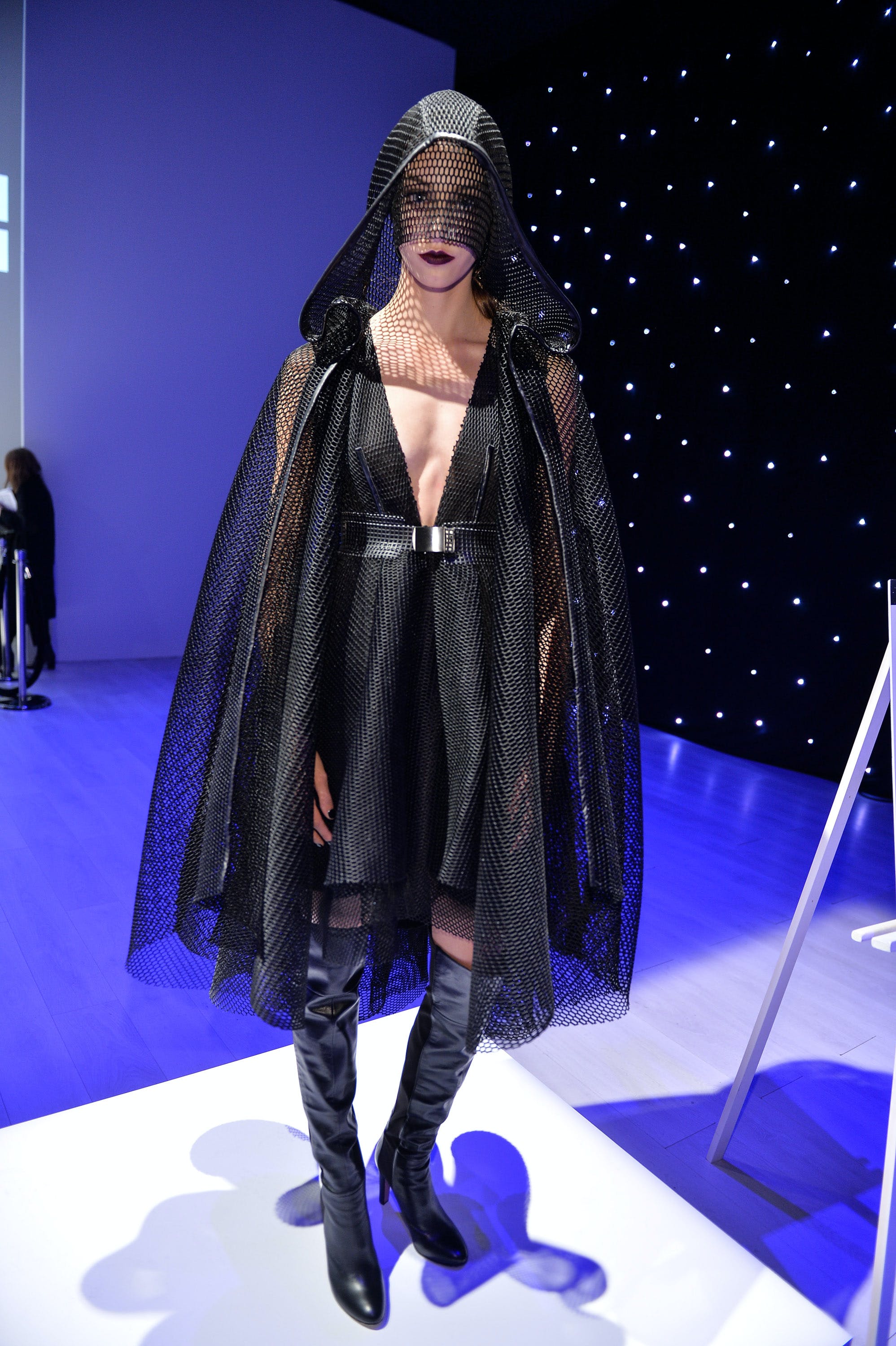 The winner of the contest was the Princess Leia-inspired design by UNTTLD. Designers José Manuel St-Jacques and Simon Bélanger created the look based on Leia’s metal bikini and chain from Return of the Jedi. St-Jacques told CBC that they “decided to empower Leia and bring back the chain and make a dress out of it that’s somewhat armor, somewhat very sexy.” According to a video interview with the model, the resulting dress was extremely heavy to wear. As the winner, UNTTLD took home a $15,000 prize. 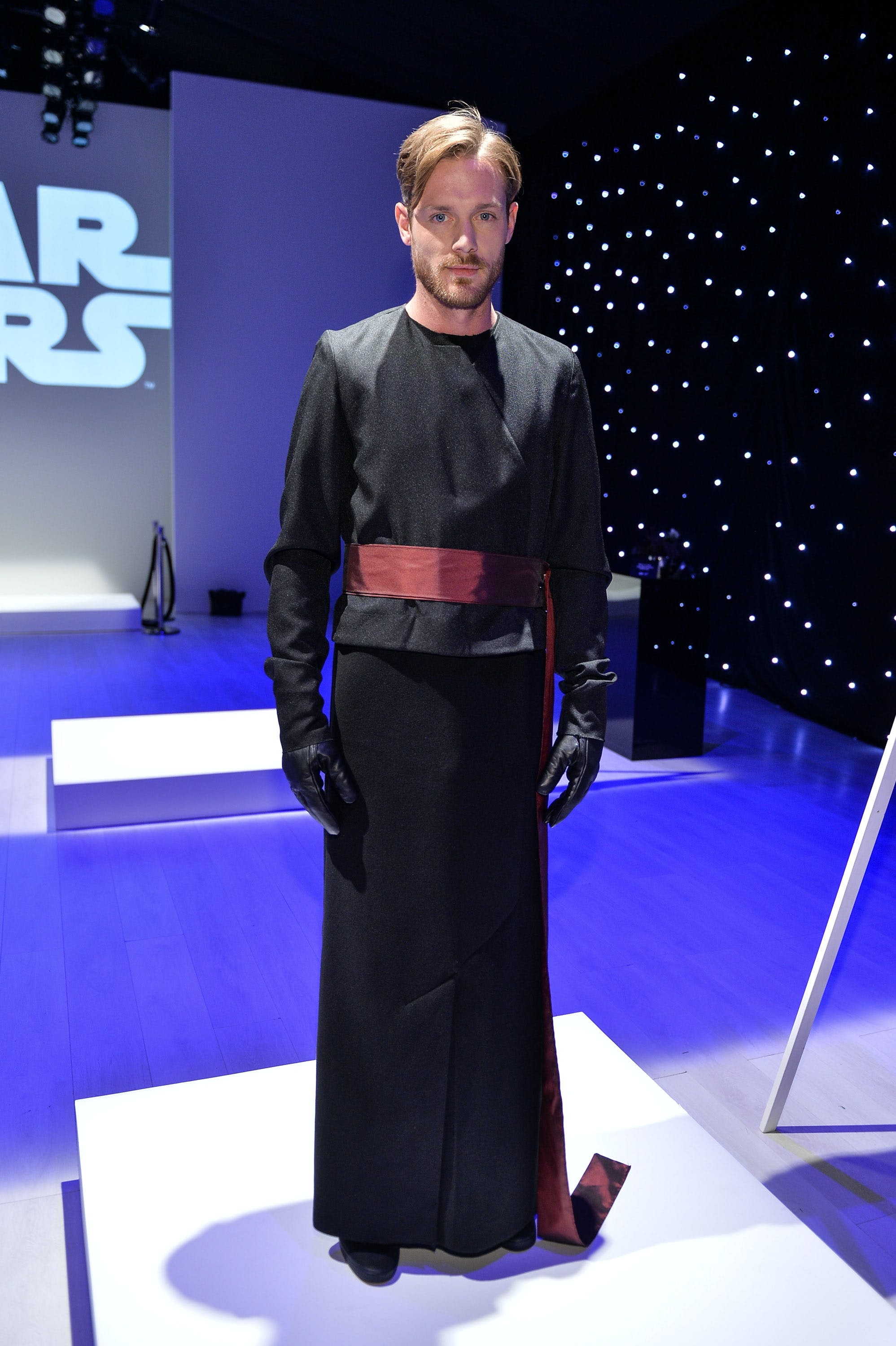 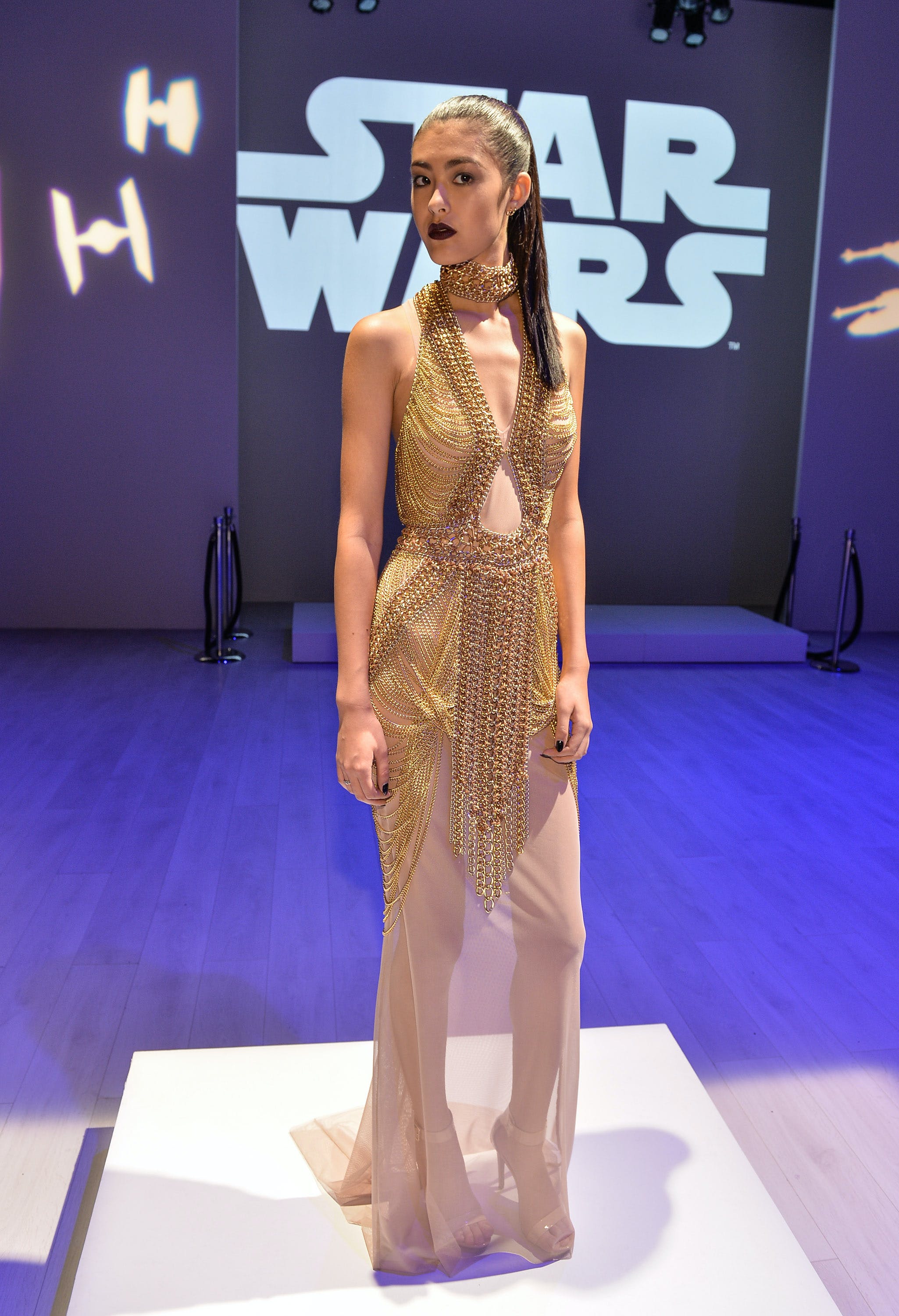 The contest encouraged the use of the hashtag #StarWarsFashion, which attendees used to share their thoughts and photos.

Stopped by to check out the #StarWarsFashion show and of course I took a selfie with a stormtrooper! #WMCFW pic.twitter.com/38FQBbRaAr

The outfits remained on display for the rest the week. You can see each of the designers posing with the franchise’s omnipresent Imperial Stormtroopers below. 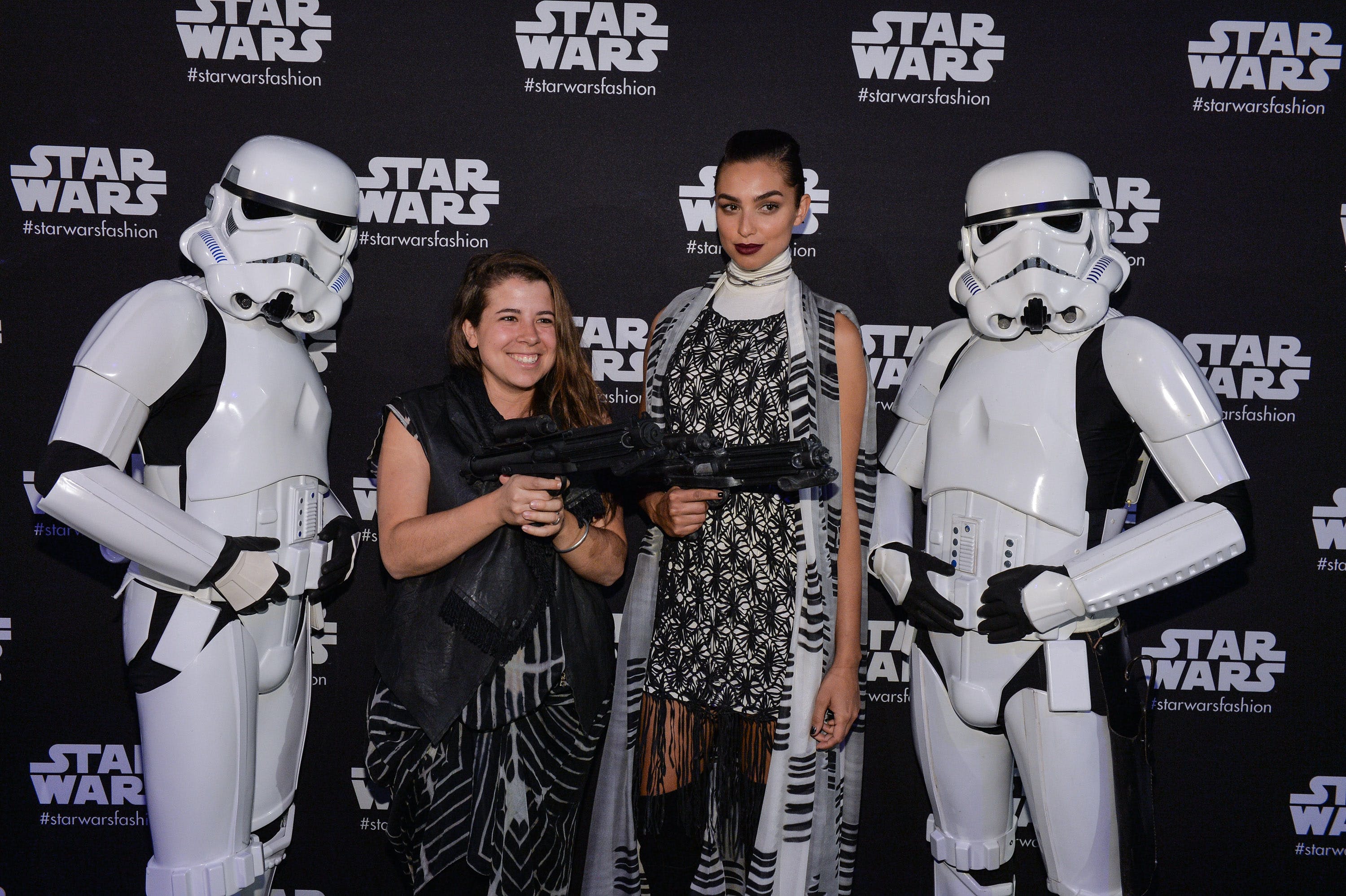 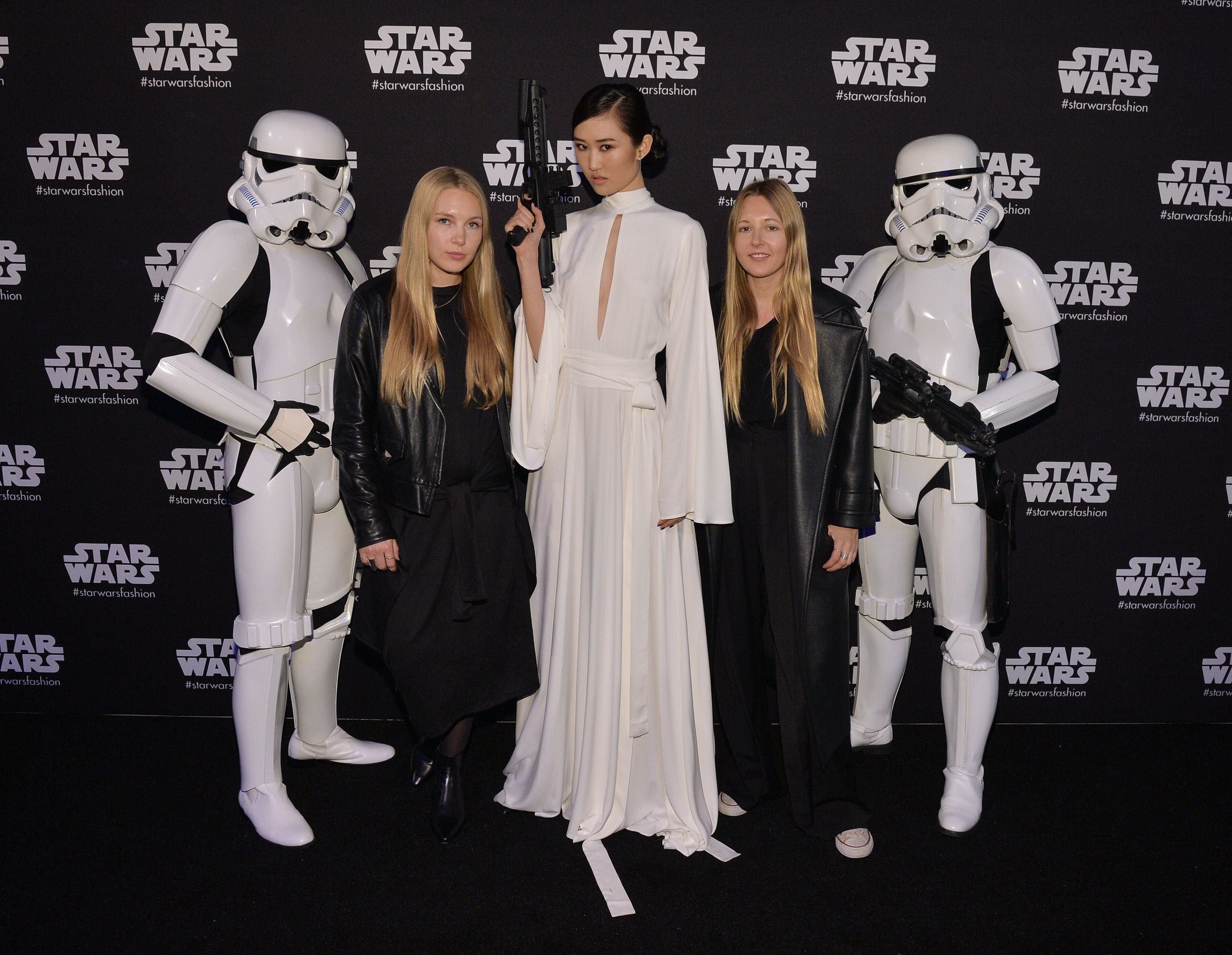 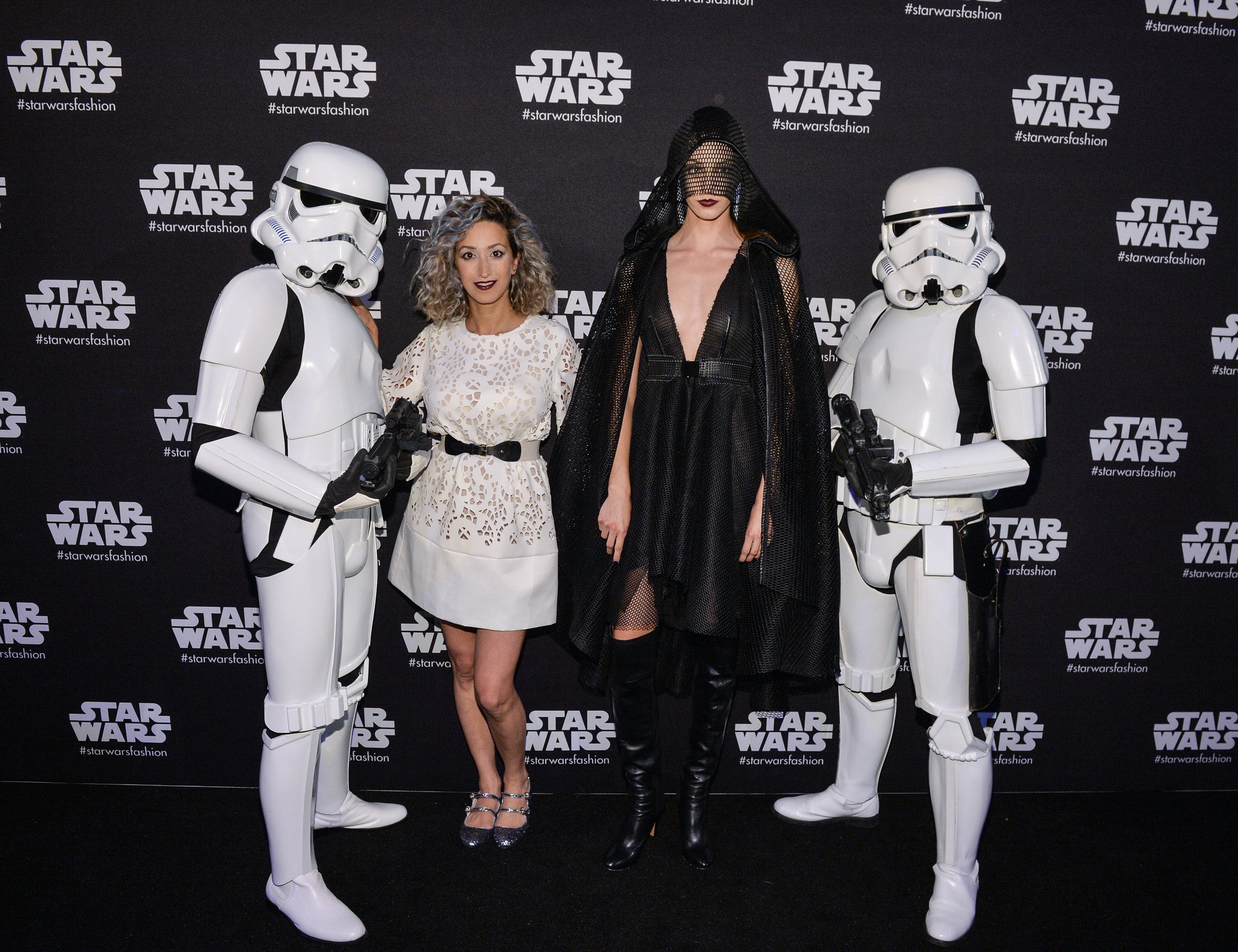 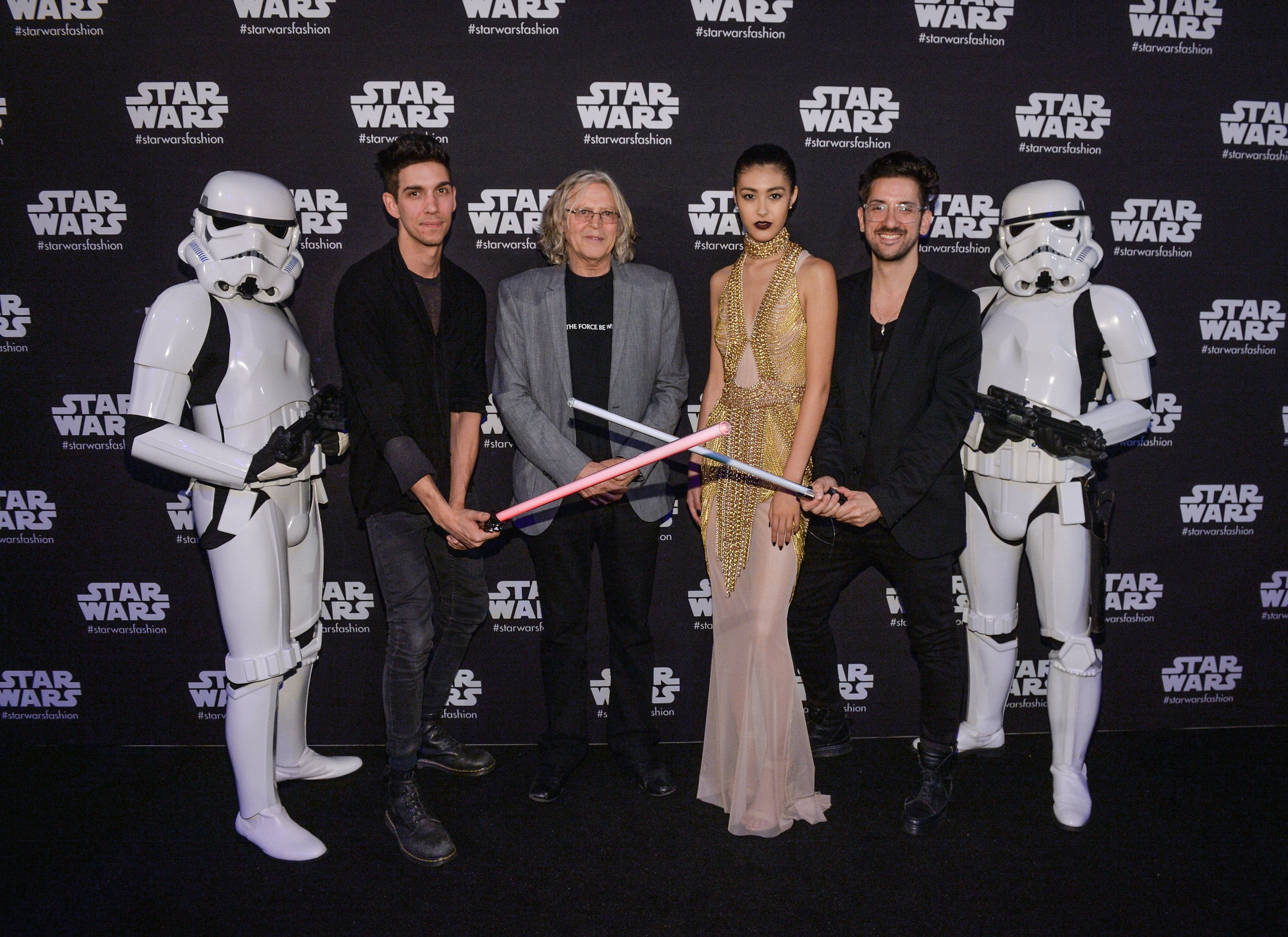 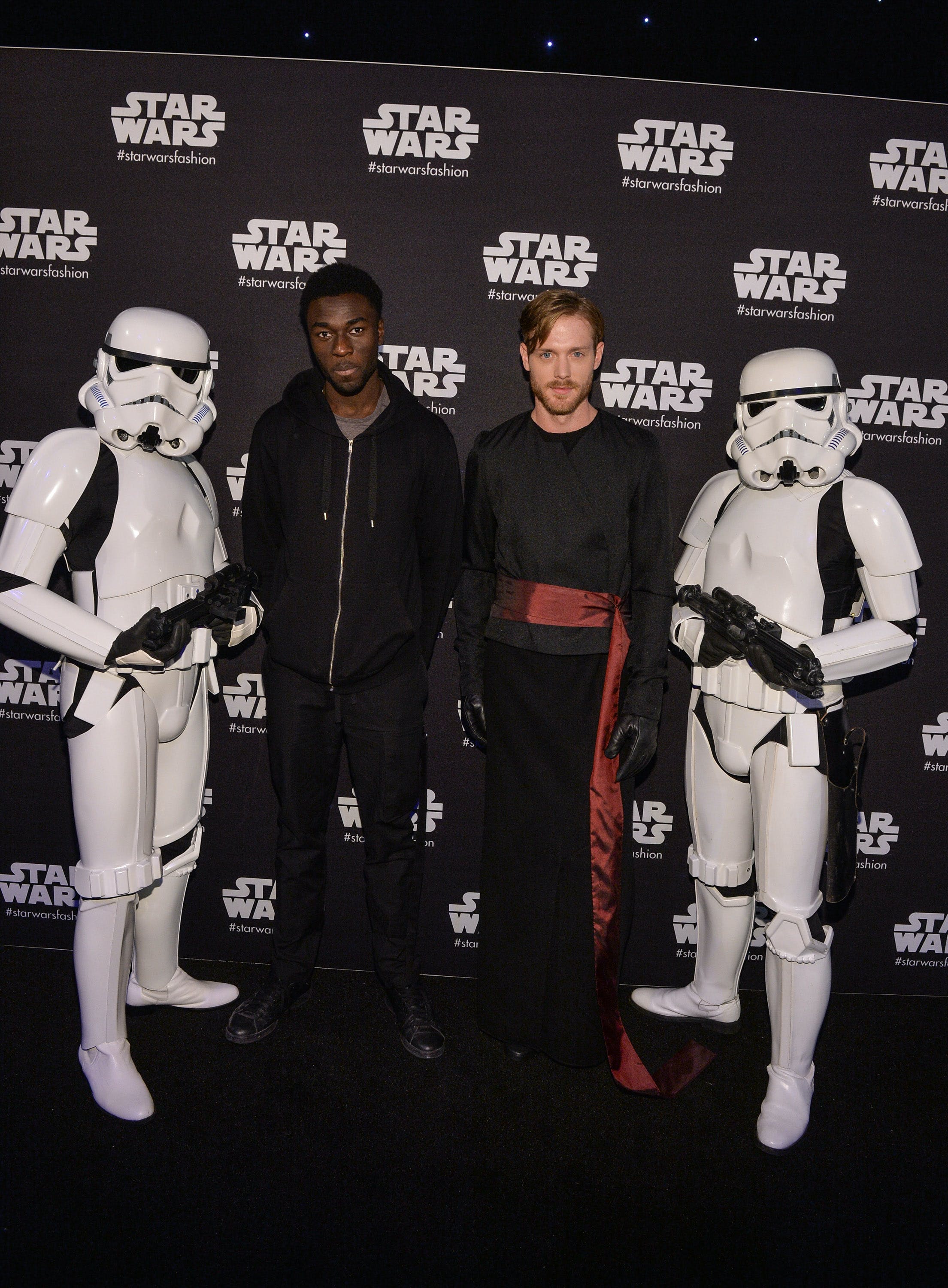 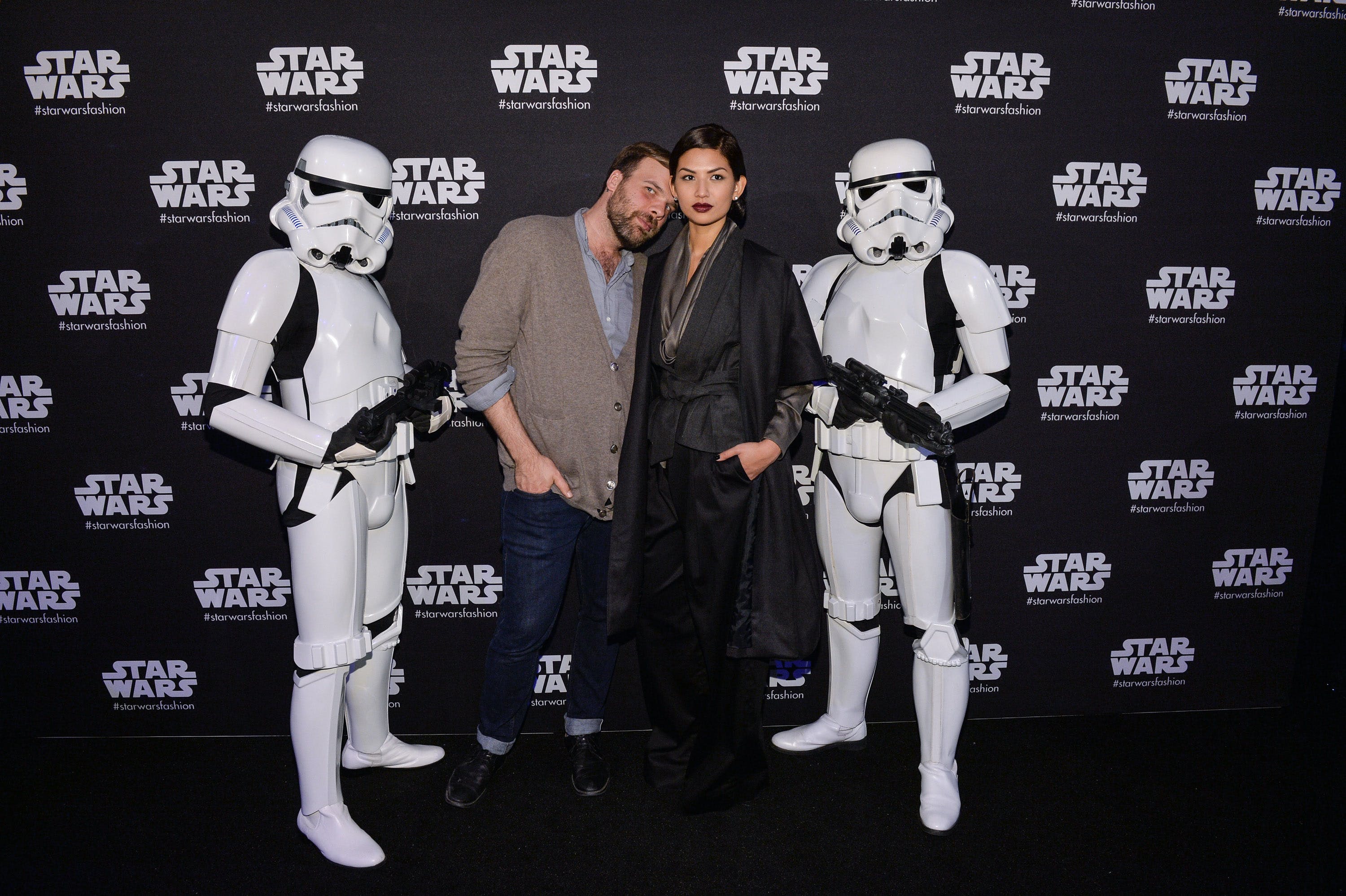