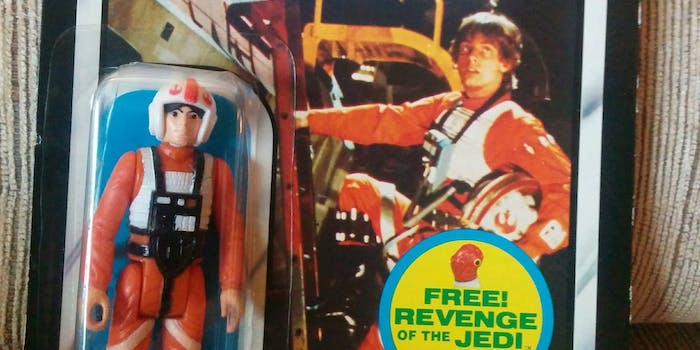 It's the gift of the Jedi.

Fast forward 33 years later. This year, the redditor’s mom found the gift lurking in the back of a drawer in her house, still in the box she bought it in with the original K-Mart price tag.

Only now, instead of being a cheap kids’ stocking stuffer, it’s a highly sought-after Star Wars collectible that could be worth hundreds—if you could ever part with it. Surprise! Merry Christmas! 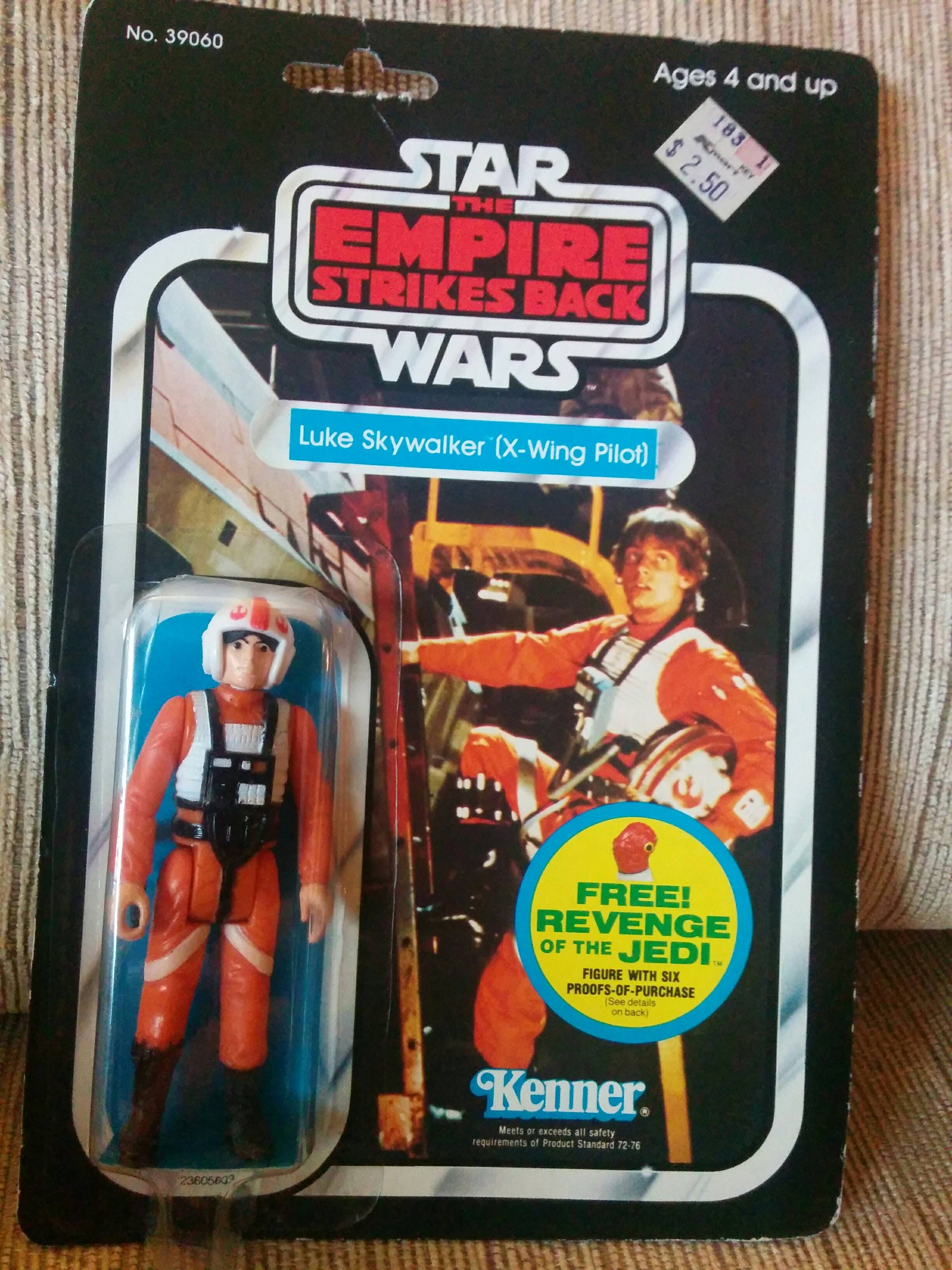 “My mom bought this back in the 80’s and forgot about it in the back of a drawer,” The redditor wrote on Imgur. “Today she gave it to me as a Christmas gift! I’m amazed! Going to be holding on to this forever!”

In an email to the Daily Dot, he said:

Back in probably 81 or 82 my Mom bought this for me, knowing that I was crazy about Star Wars toys. Most of my childhood memories are of playing with Star Wars figures. For whatever reason my Mom ended up putting it in a drawer and just held on to it all these years waiting for the right time!

Knowing how excited I was for the new Star Wars film, she decided that this was the year!

So that’s the story! I’m pretty surprised, that’s a long time to hold on waiting for the right moment!

In terms of value, someone on my Facebook feed said $500 but I think that’s most likely WAY WAY over inflated. It’s got some weathering that would keep it from being considered “New in the box” to collectors. Not that it matters, there is absolutely NO way that I would ever sell this. No amount of money is worth it’s value to me as a gift from my Mom!

The X-Wing fighter pilot Luke is one of a series of Star Wars action figures produced by the Kenner toy company between 1978–1985. Fans refer to this as “the vintage line.” The X-Wing version of Luke originally debuted with Kenner’s X-Wing model before getting his own box and costume in 1979. As action figures go, this one is pretty iconic.

Since OMGparty’s gift is still in its original packaging, known as a 20/21 back card, it’s considerably more valuable as a collector’s item than any of the millions of similar X-wing pilot Lukes that have been taken out and played with. (In collectors’ jargon, these toys are “loose.”) And since it features a special promotion for Return of the Jedi, it could easily be worth several hundred dollars.

Not bad for a mom who left her son’s present in a drawer for three decades. It’s not every day you get to surprise your kid with an amazing vintage action figure; but then that’s what the magic of Christmas—and Star Wars at Christmas—is all about.