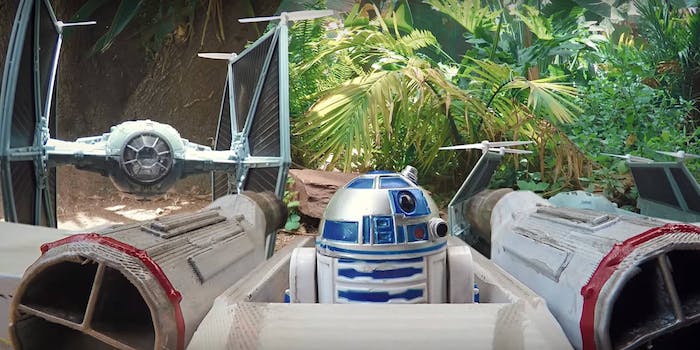 Drones—is there anything they can't do?

Drones are already a popular tool among amateur filmmakers, but a new Star Wars fan video takes things to the next level.

Using Star Wars toys and miniatures, the YouTube channel Corridor Digital recorded a chase sequence from the perspective of an X-wing piloted by R2-D2.

The footage, which takes the chase into a ravine and shows ships dodging between trees, demonstrates some impressive drone maneuvering. It’s solid proof that people never really grow out of playing with model spaceships—they just get better at it with age.