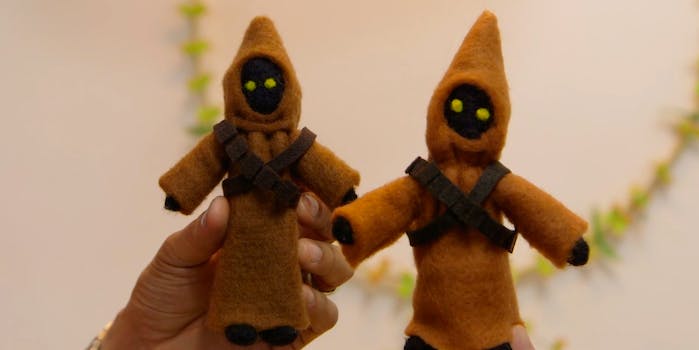 The co-author of Star Wars Epic Yarns explains the process.

Grab your craft kits and get ready to yell “Utini,” Star Wars fans. A new YouTube video from DIY channel Tested teaches you how to make your very own miniature Jawa.

Tested’s Norman Chan spoke to Holman Wang, the co-author of Star Wars Epic Yarns, who explained how he and his brother Jack created the characters and scenes for the book series. He also talks about how you can create your very own needle-felted Jawa.

The full instructions consist of 24 steps, and the craft is not recommended for anyone younger than nine, because it involves needles. If you’re old enough and want to give it a try, you can follow along with Wang in the video as he demonstrates the process from start to finish.

You can learn more about Star Wars Epic Yarns on the Wang brothers’ website.