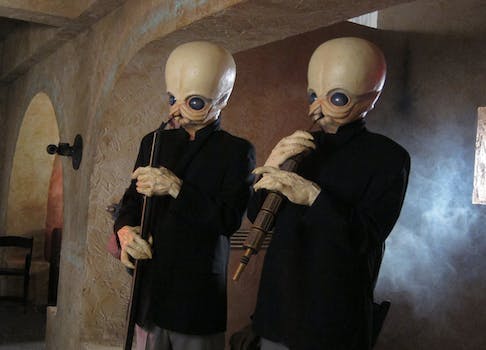 This is the best song you could possibly play as a busker this month.

Here’s a genius way to make a lot of cash as a busker this month: play the Star Wars cantina music outside movie theaters.

YouTube user Gilbert Chavez, who was waiting in line to see The Force Awakens, caught a band of Star Wars buskers rocking out in the street, even wearing the masks of those famous Mos Eisley Cantina musicians.