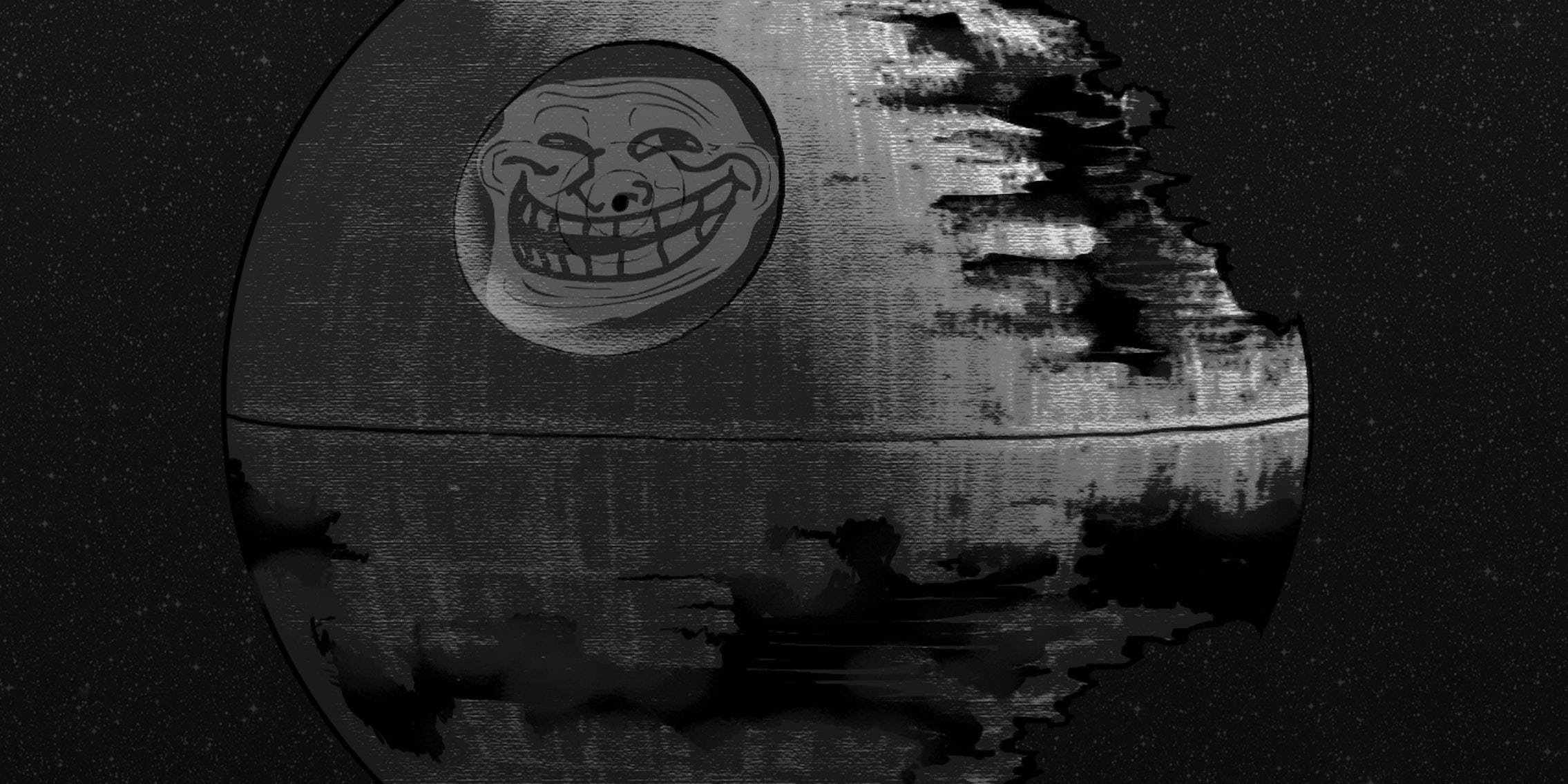 The #BoycottStarWarsVII hashtag was totally just trolling us

The #BoycottStarWarsVII hashtag may not have originated on 4chan, but it's definitely the result of trolling.

In further proof that the Internet is sometimes a flaming junkyard, the hashtag #BoycottStarWarsVII started trending early this week amid the excitement over Star Wars ticket sales and the new The Force Awakens trailer.

This hashtag—the obvious work of a well-timed troll campaign—supposedly represented a new wave of racist backlash against the presence of actor John Boyega in the film. News outlets from The Hollywood Reporter to The Washington Post covered the racist viral campaign—most while pinching their noses about the fact that they were giving the trolls exactly the publicity they wanted. Alexandra Petri wrote for The Washington Post:

Let me start by saying that I realize that the discussion about the “Boycott Star Wars VII” hashtag  is the equivalent of swatting a fly with a Star Destroyer. We are feeding the trolls.

A minuscule handful of idiots on Twitter decided to try to get “#BoycottStarWarsVII” trending, on the grounds that the movie somehow promotes “White Genocide” and objecting to the fact that the lead, John Boyega, is black.

This is so patently inane that it would probably have died on its own, had it not been for everyone swooping in to express their indignation that such a hashtag would exist at all.

While some Star Wars fans and some media outlets denounced the hashtag campaign in earnest, arguing reason, human decency, and even attempting to school the hashtag’s few supporters on Star Wars canon, plenty of people seemed to be aware they were looking at a hyperbolic, 4chan-style troll campaign and just couldn’t resist taking the bait.

#BoycottStarWarsVII folks,
Lemme get this straight:
Wookies, Ewoks & Droids are fine but a BLACK PERSON is a problem?
Go home.You're Drunk.

4ch: ha ha, we made up #BoycottStarWarsVII as a joke and you fell for it
Us: so you're not really racist?
4ch: oh no that part is super true

In fact, as soon as the hashtag went viral, people began suggesting that it was just another hoax from the anonymous message board 4chan, following in the footsteps of hoaxes like the #EndFathersDay hashtag.

One million dollars says #BoycottStarWarsVII started on 4chan as a joke in order to get idiots to blindly agree.

Several accounts claiming to belong to 4chan users have taken credit for the hashtag’s popularity.

But while #BoycottStarWarsVII bears all the hallmarks of a 4chan hoax, we haven’t found any evidence of it actually originating there. Of course various 4chan users are still getting a kick out of the chaos caused by the hashtag. There’s even a 4chan thread debating whether the whole thing was a “false flag” PR stunt organized by Disney. (Our verdict: no way.)

Vox writer Genevieve Koski already traced the #BoycottStarWarsVII hashtag back to two white supremacist Twitter accounts in the early hours of Monday morning. As Koski pointed out, the hashtag went viral not because a huge number of people actually supported it, but because it was so outrageous.

So, conspiracy theories aside, it looks like #BoycottStarWarsVII rose to fame due to a combination of Twitter trolling and viral outrage. If anyone actually is boycotting The Force Awakens, they make up a microscopic fraction of the potential audience—and they certainly haven’t made a dent in the film’s astronomical ticket sales.