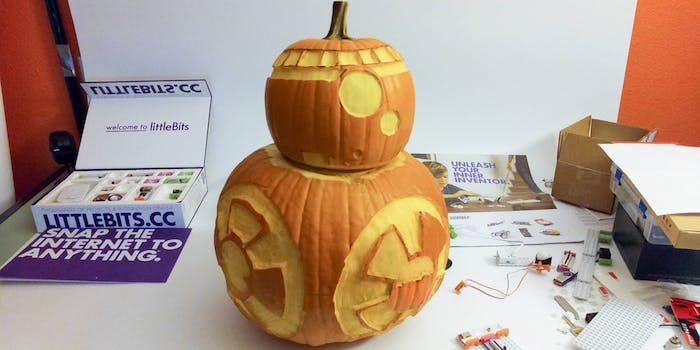 Orange? Round? Adorable? Yes, BB-8 is the perfect choice for a geek-themed Halloween lantern.

The Force Awakens‘ BB-8 droid is basically the perfect model for a Halloween lantern. It’s orange, it’s round, and it’s already almost as recognizable as R2-D2.

So we were very excited to come across a BB-8 pumpkin that not only looks the part but even spins its head like the real Star Wars droid. Geek DIY projects are serious business!

YouTube user Randy Slavey made this awesome BB-8 from two pumpkins and a kit-build motor. The motor, which is embedded in the pumpkin cavities inside a plastic canister, works via remote control. 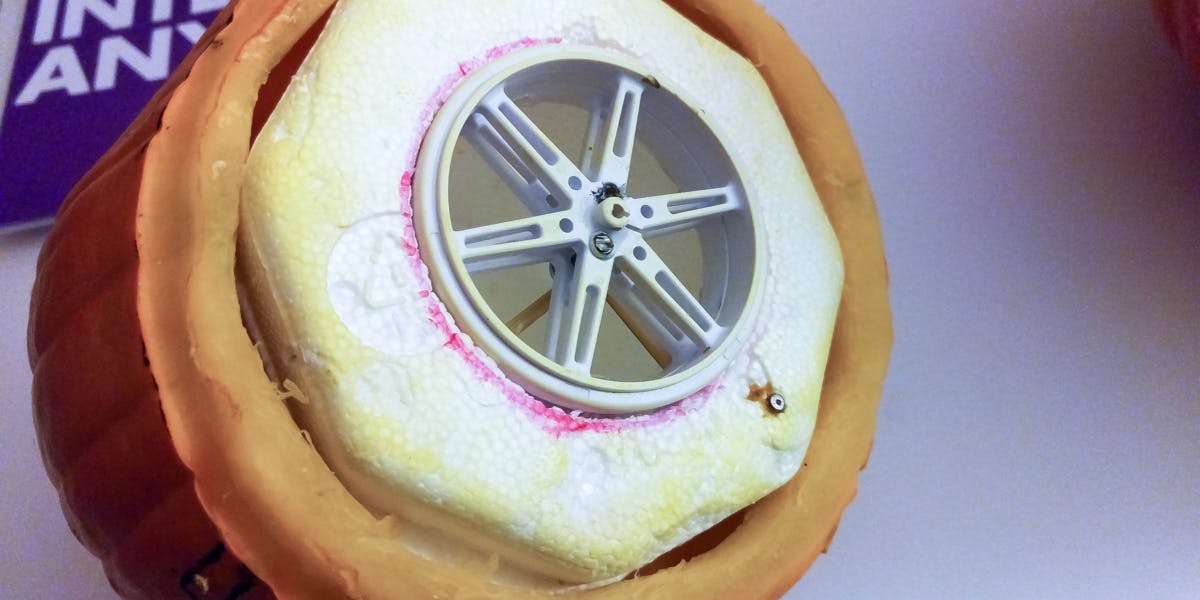 Here’s the whole thing in action. This is a strong contender for best geeky Halloween project on the Internet.