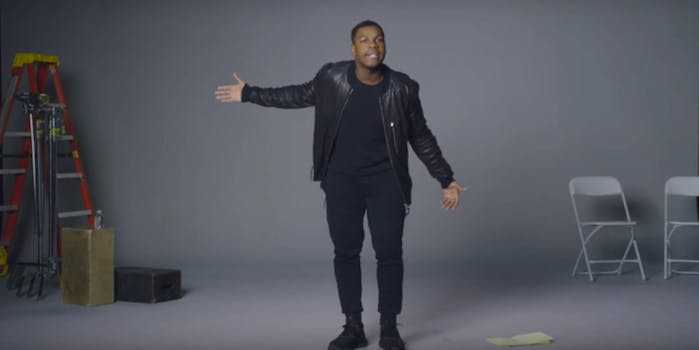 Pretty much every actor in Hollywood has thrown his or her hat into the ring for one of the upcoming Star Wars movies—but the list is even longer than you might think.

After spoofing the grueling The Force Awakens audition process last year with John Boyega and Daisy Ridley, Saturday Night Live on Tuesday released even more outtakes from its long reel of Star Wars auditions. Ridley is on hand to assist with a chemistry test, and we hope Boyega’s idea for a character makes it into a future film, bt the rest of the actors auditioning aren’t so lucky: Matthew McConaughey wants to bring back Lando Calrissian, Jennifer Lawrence hopes her fall will make the casting directors feel bad enough to give her the part, and Shia LaBeouf just does it.

As talented as these candidates are, we doubt they would’ve meshed with BB-8 as well as the final cast did.