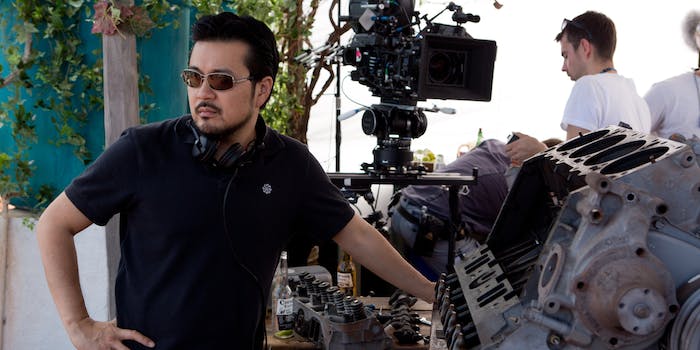 Justin Lin helped make a billion-dollar franchise, but is he the right choice for Star Trek?

Lin is best known for his work on the Fast & Furious franchise, and was up against a handful of other directors to take over Star Trek after Roberto Orci stepped down earlier this month. According to Deadline, Lin is the only one who was offered the job.

By hiring Lin, Paramount may already be sending signals about what it wants to do with Star Trek—and it’s not a direction that will sit well with many longtime fans. Star Trek Into Darkness already had something of a mixed reception, and since Lin has mostly worked on action-heavy popcorn movies like Fast & Furious: Tokyo Drift, it’s easy to see his version of Star Trek veering further into the realm of the action-comedy genre.

Star Trek is hardly an artistic niche operation, but this choice of director does seem to prioritize reliable financial success (the Fast & Furious franchise has made over $1.9 billion) over preserving the tone and themes of earlier installments. Considering the huge number of other sci-fi franchises revving up to launch over the next few years, Star Trek runs the risk of blending into the background if it turns into yet another high-octane blockbuster.

Then again, perhaps we’re being overly pessimistic. It’s possible that Lin has been waiting to break out from being seen as an action movie director, and Star Trek 3 is his chance to change things up. And the Fast & Furious series does focus on a close-knit team of highly skilled heroes—kind of like the crew of the Starship Enterprise.