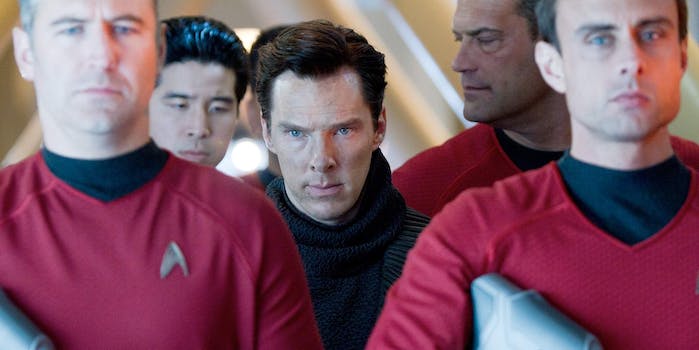 Two years after Star Trek Into Darkness hit theaters, screenwriter Damon Lindelof is facing up to the backlash the film earned from Star Trek fandom.

The writer told Variety that he now regrets the decision to hide Khan’s identity during the film’s promotional tour. At the time, Benedict Cumberbatch was credited as a character named John Harrison, with the filmmakers repeatedly dodging rumors that he was actually playing Khan.

“That was a mistake, because the audience was like, ‘We know he’s playing Khan.’ That was why it was a mistake,” said Lindelof. “But J.J. [Abrams] is telling us nothing about the new Star Wars movie and we love it.”

When Star Trek Into Darkness revealed that Cumberbatch really was Khan, many fans were angry—particularly because the deception involved in casting a white actor as a character of color.

Lindelof is no stranger to belated apologies and explanations, having spoken several times about his work on Lost. Despite his successful Hollywood career, he still seems to have a lot of conflicted feelings about how fans reacted to the show’s controversial ending. Apparently he is similarly sensitive to criticism of Star Trek Into Darkness.

On the bright side, he’s definitely a lot better at dealing with this issue than his Star Trek co-writer Bob Orci, who went onto a fan forum to leave expletive-filled comments and challenge critics to pitch a better movie. It sounds like both writers may be glad to move on to other projects.

Photo via Star Trek Into Darkness