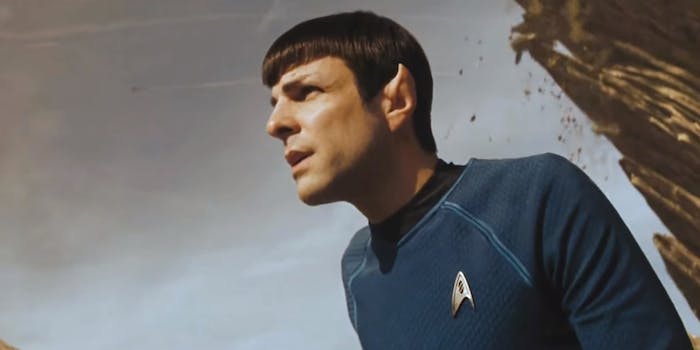 After fervent anticipation, here’s the trailer for ‘Trek Wars: The Darkness Awakens’

Live long and may the Force be with you.

The two biggest sci-fi universes are colliding like never before. Have you felt it?

Although Star Trek and Star Wars fans may continue to be at odds (sometimes fueled by the actors themselves), they fit together a lot better than anyone could imagine. Zenlike Productions took the time and edited the two most recent Star Trek films with The Force Awakens (all directed by J.J. Abrams) to tell an even more epic story.

The U.S.S. Enterprise teaming up with the Rebel Alliance to fight Khan and the First Order? Sold.

We can already imagine the snarkfest between Captain Kirk and Han Solo.