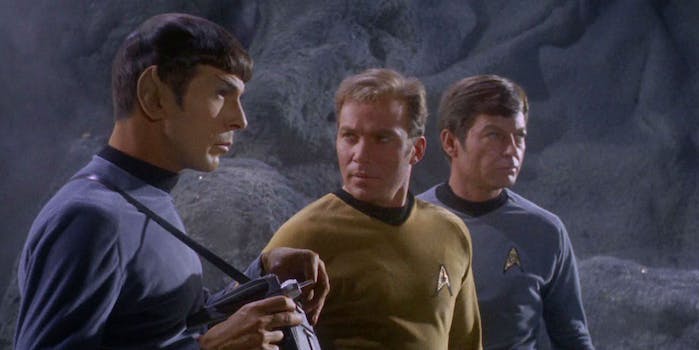 CBS is boldly going back to the franchise's roots.

Star Trek is returning to its small-screen roots with a new web-only TV series beginning in January 2017.

Answering the prayers of countless Star Trek fans across the world, producer Alex Kurtzman (who co-wrote and produced the 2009 Star Trek movie and its sequel) is developing an as-yet-untitled series for CBS’ digital platform. He won’t be joined by former partner Roberto Orci, who left the franchise somewhat controversially last year.

CBS will distribute the new show exclusively through its online streaming service CBS All Access, which costs $5.99 per month. The show will premiere on CBS’s broadcast network first. It will be an entirely new concept rather than a reboot or spinoff, and it’s not linked to the current Paramount movie.

“The brand-new Star Trek will introduce new characters seeking imaginative new worlds and new civilizations, while exploring the dramatic contemporary themes that have been a signature of the franchise since its inception in 1966,” read a statement on the official Star Trek website.

Although Kurtzman is executive-producing the series, he’s looking for someone else to act as showrunner. It’s too bad that Bryan Fuller is busy with American Gods, as he began his career on Star Trek: Deep Space 9 and Voyager and has previously voiced an interest in leading a new series. (One of his ideas envisioned Angela Bassett as the Enterprise‘s captain and Rosario Dawson as its first officer.)

For many years, fans saw Star Trek: Enterprise, which ended in 2005, as the death knell of an outdated franchise. But after a decade of massively successful geek-culture reboots in the Batman and Star Wars universes, CBS evidently thought that Star Trek merited another try on TV.

Hopefully the new series will give the franchise a chance to live up to its legacy as one of the most influential sci-fi narratives in TV history.

Correction: Although the premiere will air on CBS, the rest of the series will be exclusive to CBS All Access.