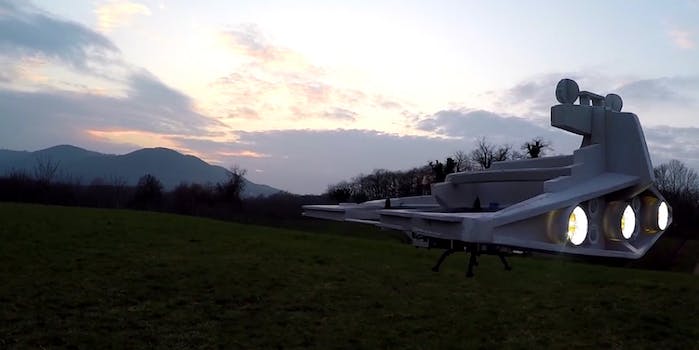 Another addition to the Imperial drone fleet.

YouTuber and drone enthusiast Olivier C has added a third Star Wars–themed drone to his collection. This time, it’s a Star Destroyer.

Olivier has previously made Millennium Falcon and TIE Interceptor foam skins for his drone. The Star Destroyer is Olivier’s first foray into capital ships. This new drone skin looks awesome from a distance, where the illusion of perspective can make it look like a huge cap ship is actually about to bear down on you.

Between his Star Destroyer and TIE Interceptor, Olivier has the makings of a proper Imperial Fleet.