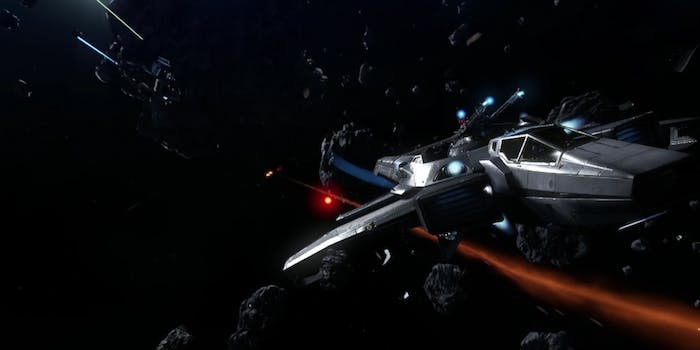 Try Star Citizen for free for just one week

Strap into your cockpit and dig for your wallet.

Spending hundreds of dollars on virtual spaceships is tough to justify unless you’ve played the game first. Now you can decide if Star Citizen is worth your faith and your purchase.

Via a code distributed at DragonCon, you can download Star Citizen and try the Arena Commander portion of the game for free until Sept. 8. Arena Commander focuses on starfighter dogfights.

Star Citizen will eventually be released as an open-galaxy space simulator, and not strictly a combat-oriented game. Players will be able to take roles as merchants or mercenaries, for example. Cloud Imperium Games has raised more than $50 million in crowdfunds toward this ambitious goal.

The Arena Commander module represents the combat component of the story campaign in Star Citizen, Squadron 42. According to Star Citizen’s developer, Chris Roberts, Squadron 42 in turn will resemble the Wing Commander games that made Robert’s reputation.

After a successful career producing 3D space combat flight simulators, Roberts left the video game industry to pursue a career in film production. He returned to the game industry in 2012, founding Cloud Imperium Games. He then began the wildly successful crowdfunding campaign for Star Citizen.

An official release date for Star Citizen has not been given, but players can gain permanent access to Arena Commander by backing the game.