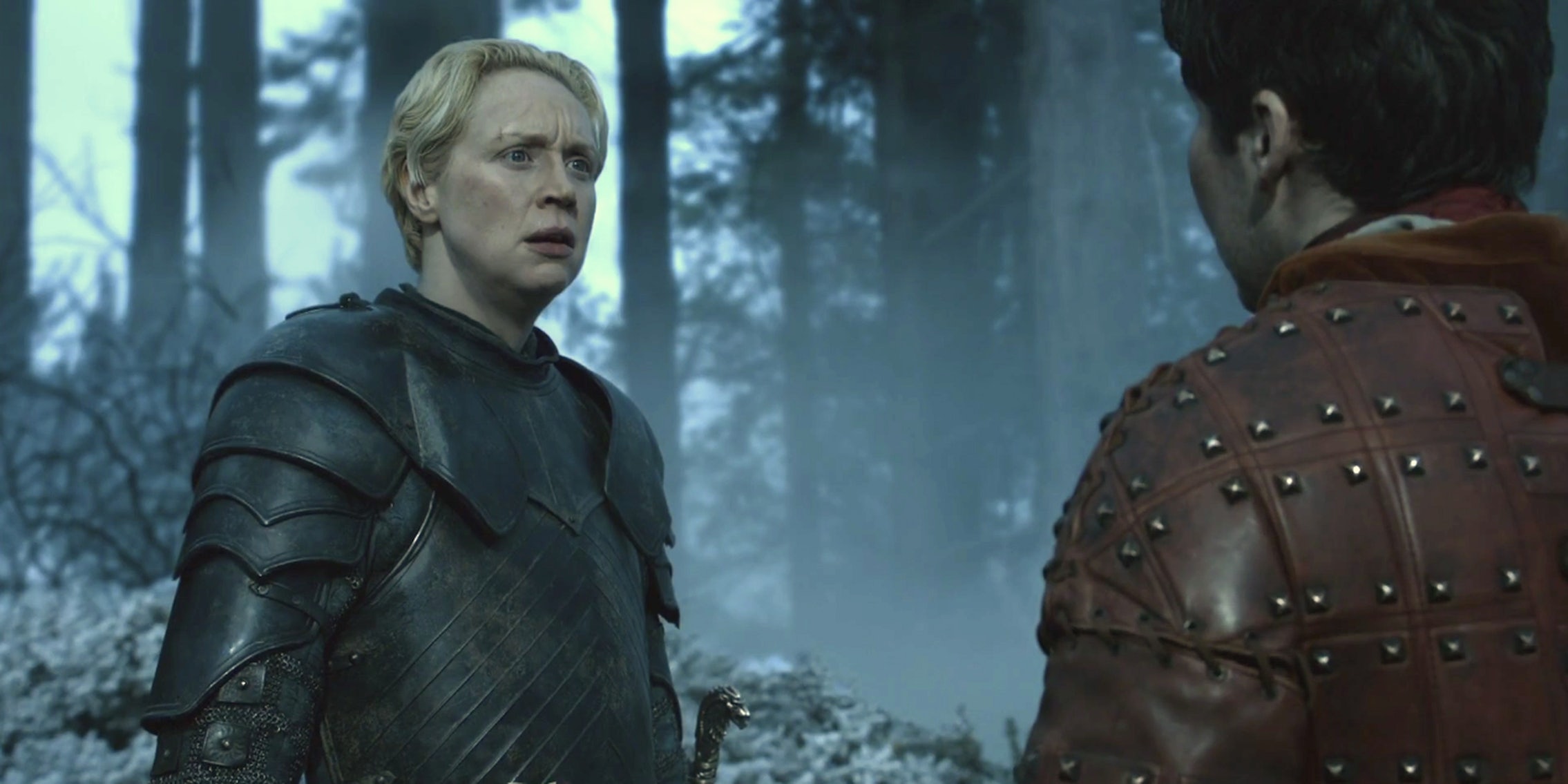 This post contains spoilers for Game of Thrones and A Song of Ice and Fire.

Once the dust from the battles, declarations of revenge, and the mutinies of Westeros and Essos in Sunday night’s Game of Thrones, we were left with an ever-growing pile of bodies in its wake. But ask some fans and that pile isn’t nearly as big as we thought it was.

The fandom still seems to be in denial about Jon Snow, with one fan in Williamsburg even putting together a makeshift memorial complete with a bone for Ghost.

In honor of Jon Snow and the realm I decided it was fitting to pay homage to the Lord Commander, the Old Gods, and House Stark of Winterfell by creating a street memorial in his honour in Williamsburg. You know EVERYTHING Jon Snow. #GameOfThrones #GoT #Westeros #Brooklyn #NYC #Ghost #HBO #AllMenMustDie

But it’s not just him. They’re also saying that Stannis Baratheon, who once warmed up to the audience only for it to go down in flames, did not actually die at the hands of Brienne of Tarth—who finally avenged her king.

While Jon’s fate is still up in the air in A Song of Ice and Fire, Stannis is still alive (unless you believe Ramsay Bolton). But fans didn’t even get a chance to have a debate on whether Jon survived the mutiny at the hands of the Night’s Watch before Kit Harington and the showrunners quickly confirmed what we saw (but hoped otherwise) just minutes after the episode ended: Jon was dead.

“This is my understanding of it,” Harington told Entertainment Weekly. “I had a sit-down with Dan and David, we did the Tony Soprano walk [letting an actor know they’re being whacked]. And they said, ‘Look, you’re gone, it’s done.’”

Dan Weiss, who wrote “Mother’s Mercy” along with David Benioff, noted that it was a lot harder to pull off the ambiguity of a character’s fate like George R.R. Martin does in the books.

“We would hope that after seeing the scene and the way it’s shot that the answer to that will be unambiguous in the minds of the people watching it,” he said. “It should be pretty clear what happens in by the time you’re done seeing that scene. It’s not an, ‘Oh what just happened scene?’”

Stannis’s death scene offered some ambiguity in the fact that we don’t see it happen—Brienne swings Oathkeeper. Director David Nutter quickly cleared that up.

“I think that was basically in the script,” Nutter told Variety about Stannis’s death scene. “Dan and David felt it best not to be gratuitous with that. You really got a sense that Stannis had nothing else to live for. Brienne’s life-long mission had come to an end. It’s a situation in which Stannis was ready to die and prepared to die. It would have been gratuitous.”

Most of the time, the debate would pretty much end there. The fans would (eventually) accept what had happened and moved on with a few clinging onto hope. But as longtime fans of TV shows (particularly Orphan Black) know, showrunners may lie right to our faces if it means preserving a future plotline from being spoiled. When showing a death onscreen is no longer confirmation that someone is dead.

Jon’s wrapped up in some of the series’ biggest mysteries and Stannis is a major player, albeit one at his lowest point when Brienne finds him. If they still have a big part to play in the rest of the series, how does that translate to just killing them off in the show?

Assuming that the showrunners are lying (and there are plenty of skeptical fans out there), fans have figured out different ways that both of them could’ve survived their bleak predicaments.

The man Melisandre foresaw taking Winterfell has hit rock bottom, there’s no doubt about it. He pretty much knows he cannot win Winterfell but he tries anyway. And once Brienne shows up asking if he killed Renly, he has a look of I’m just fucking done on his face. He’s ready to go.

Then Brienne asks if he has any final words. “Go on, do your duty,” he tells her.

It’s that phrase that could change it in some fans’ minds. Brienne is about doing her duty to those she swore oaths. She swore to avenge Renly, hence why she was there to kill him at his weakest moment. But she also swore an oath to Catelyn Stark to look for and protect the Stark girls. She could’ve hit the tree in frustration before going back to her post—and possibly run into Sansa and Theon in the process.

It’s widely believed that the Battle of Winterfell won’t be nearly as one-sided in The Winds of Winter as it was in the show. He might not be Azor Ahai reborn, but his tactical nature and being the only king to see the bigger picture will be an important asset in future books. Could he help the actual Prince That Was Promised? And how much of Stannis’s season 5 plot will come to pass in the books?

The counterargument is a simple one: She could’ve killed him and then gone back to Sansa. Fair enough.

When Jon is stabbed, there are a couple of variables in play: Ghost, for all we know, is still at Castle Black. And Melisandre has just returned.

All of the Starks are wargs (although Bran is the best at it), and while it hasn’t been explored in the show, Jon is shown with the ability to warg into Ghost in his dreams in the books, although it’s something he isn’t able to do consciously yet. With his body dying, his mind could escape the only way it would know how.

The more likely theory for Jon based on what we’ve seen in the show, however, is that Melisandre resurrects him. She’s a red priestess of R’hllor, her blood magic has worked before (although it might come into question), and she has the ability to raise the dead.

She too may be at her lowest point, but that may very well give her the power to resurrect Jon, especially if she’s seen him in her flames. Her state of mind is a very familiar one, and it could be a callback to another red priest who had lost his way.

“When Thoros of Myr was at the lowest point of his faith, that is when he knelt at the side of his fallen friend, with no expectation that the Lord of Light would do anything, and ended up reviving him,” one redditor wrote. “When Melisandre entered Castle Black, she was dejected that the Lord of Light had not done right on his promise, and is at the lowest point of her faith. And what does she find there? Jon Snow just having been stabled, bleeding to death. What does she have to lose by trying?”

Maybe Shireen Baratheon, who fans believed would be sacrificed by Melisandre to save Jon before she died on the show, will end up saving Jon after all.

But if he’s actually is dead, we hope that the Night’s Watch went and burned his body after they turned their backs on him and walked away. They might regret it if they don’t.