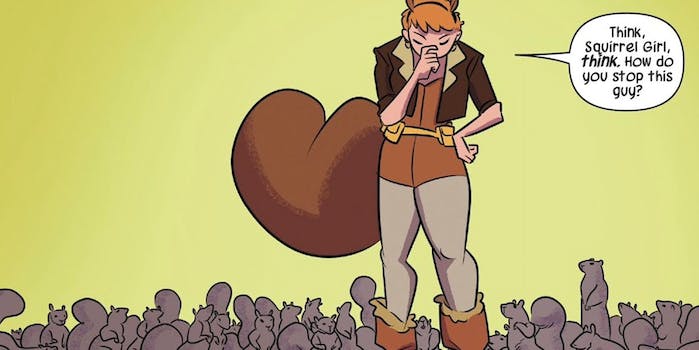 It doesn’t get much nuttier than Squirrel Girl

New Marvel comic is more for kids than for you.

The Unbeatable Squirrel Girl reads less like a comic book and more like a storyboard for the newest Disney XD cartoon. 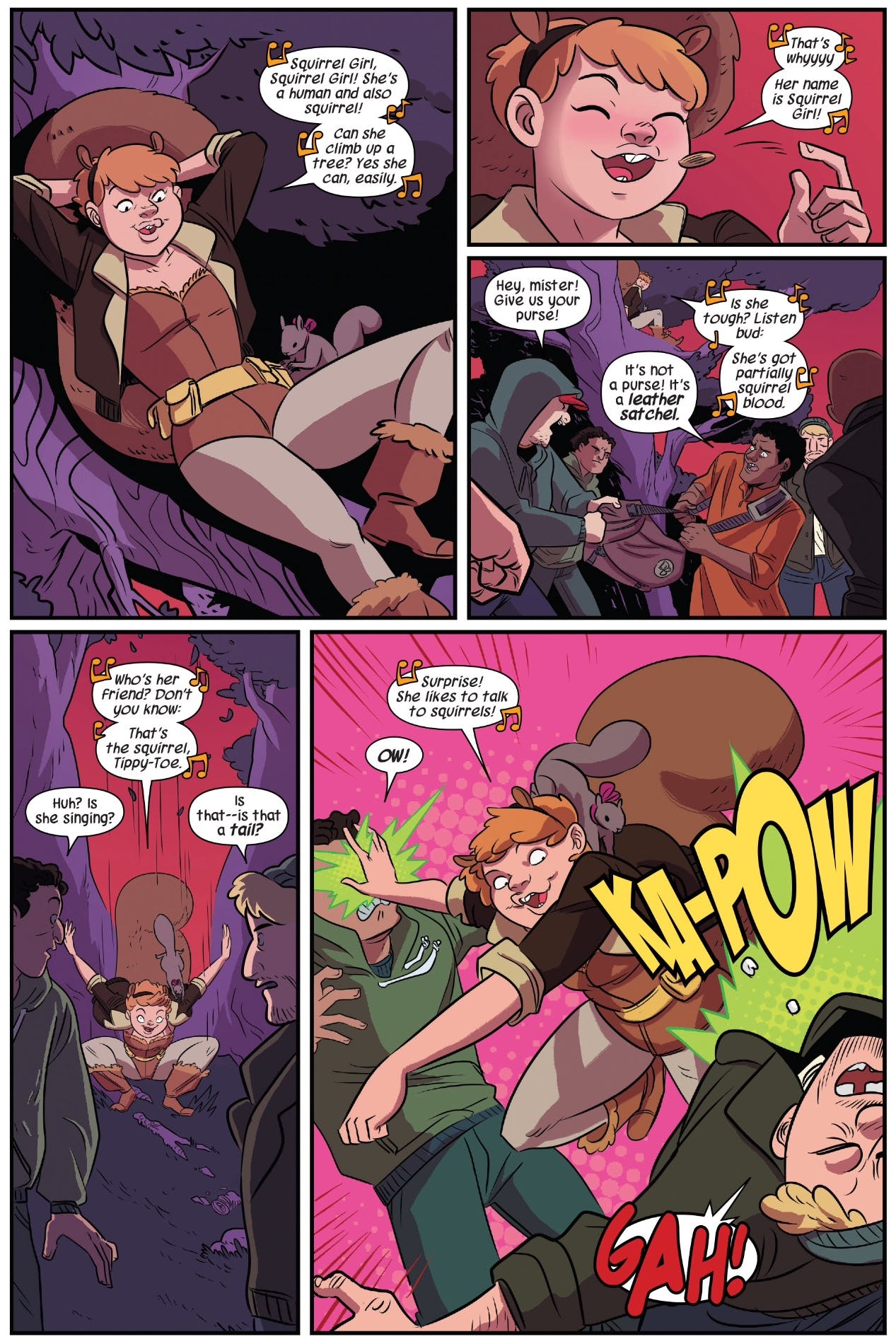 After all, what kid wouldn’t love plucky, bushy-tailed heroine Doreen Green? Her superhuman abilities include dominion over adorable rodents, which in previous stories have helped take down some of the biggest bads in the Marvel Universe (including Thanos, Doctor Doom, and M.O.D.O.K.).

For the bulk of the character’s first solo series, released under the Avengers NOW! banner, we see Doreen transitioning from living in the Avengers Mansion attic to a dorm at Empire State University. But just as she’s getting acquainted with her new roommate, Nancy, Doreen’s squirrel sidekick Tippy Toe alerts her to the presence of a literal B.M.O.C., Spider-foe Kraven the Hunter. 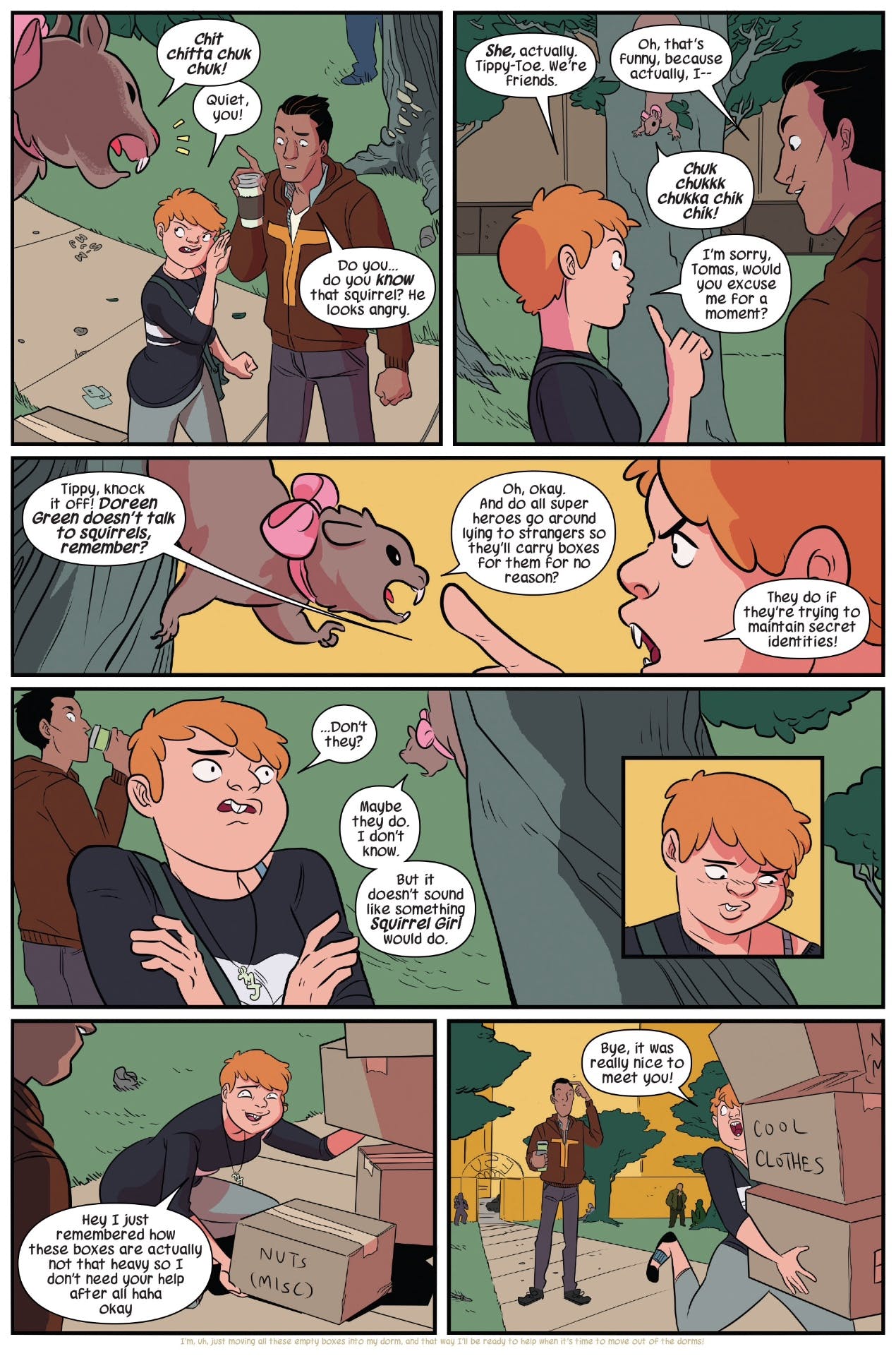 While I‘ll admit losing interest around this point—I stopped reading the dull roommate meet-and-greet to check how many pages I had left—I perked back up once Doreen began to square off against Kraven. In a novel twist Squirrel Girl doesn’t use brute strength or fancy weaponry to defeat her enemy, she uses her noggin.

Here’s another likeable thing about Squirrel Girl: She’s drawn as a real girl. Doreen isn’t some Marvel sexpot, a statuesque goddess who’s always showing off her D cups. This incarnation of Squirrel Girl is more Lena Dunham than Lolita, and that’s no small feat. 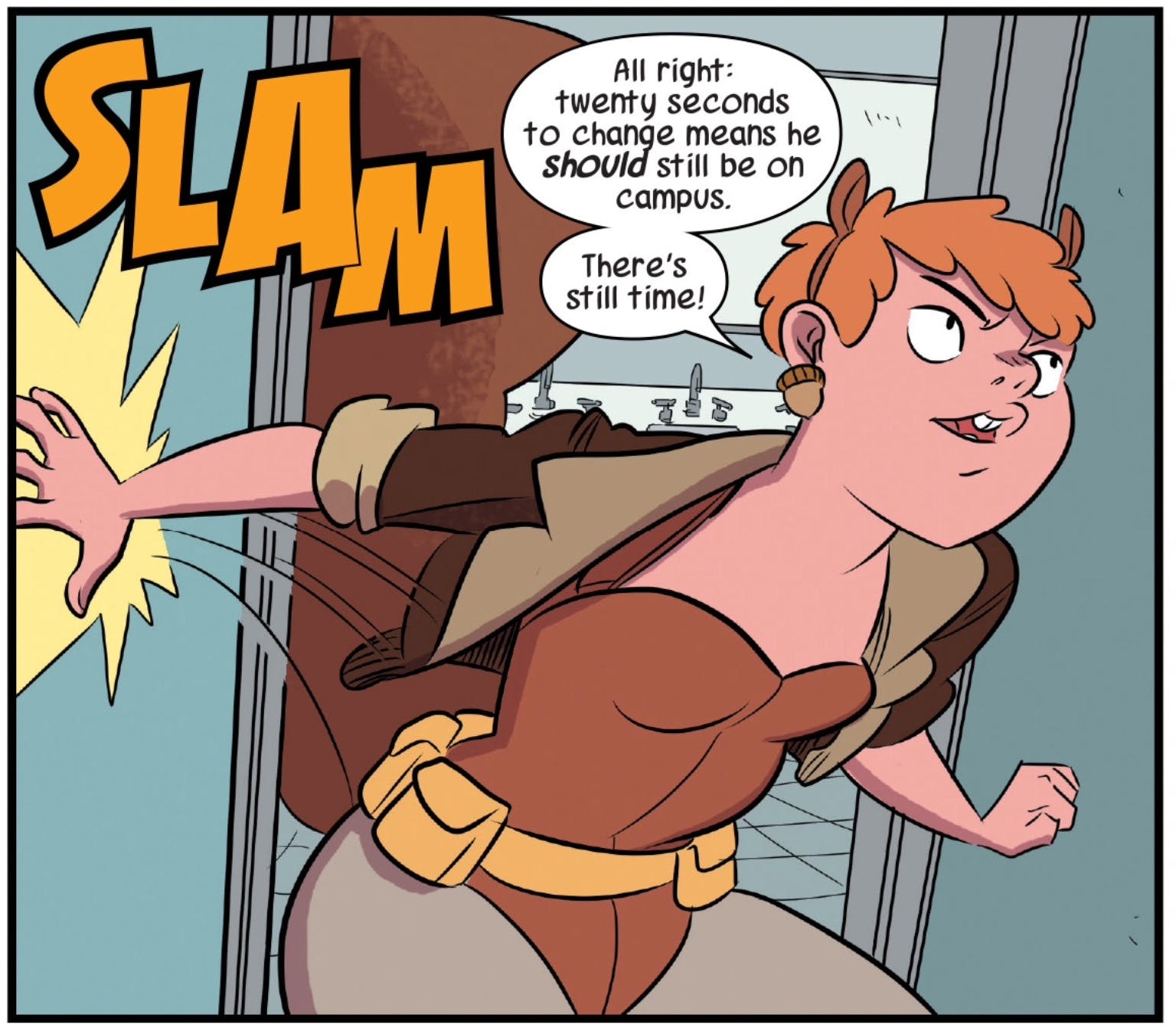 Despite everything Doreen has going for her, Unbeatable was a mild disappointment. Given how mature the other Avengers NOW! titles have been, I wasn’t expecting the book’s G-ratedness. I was hoping for something truly weird, like Ales Kot’s run on Secret Avengers. It’s one of Marvel’s kookier series, and I had every expectation Unbeatable was going to challenge it for the title. Unfortunately, North and Henderson’s cutesy take on Squirrel Girl turned out to be a tad too juvenile for me. 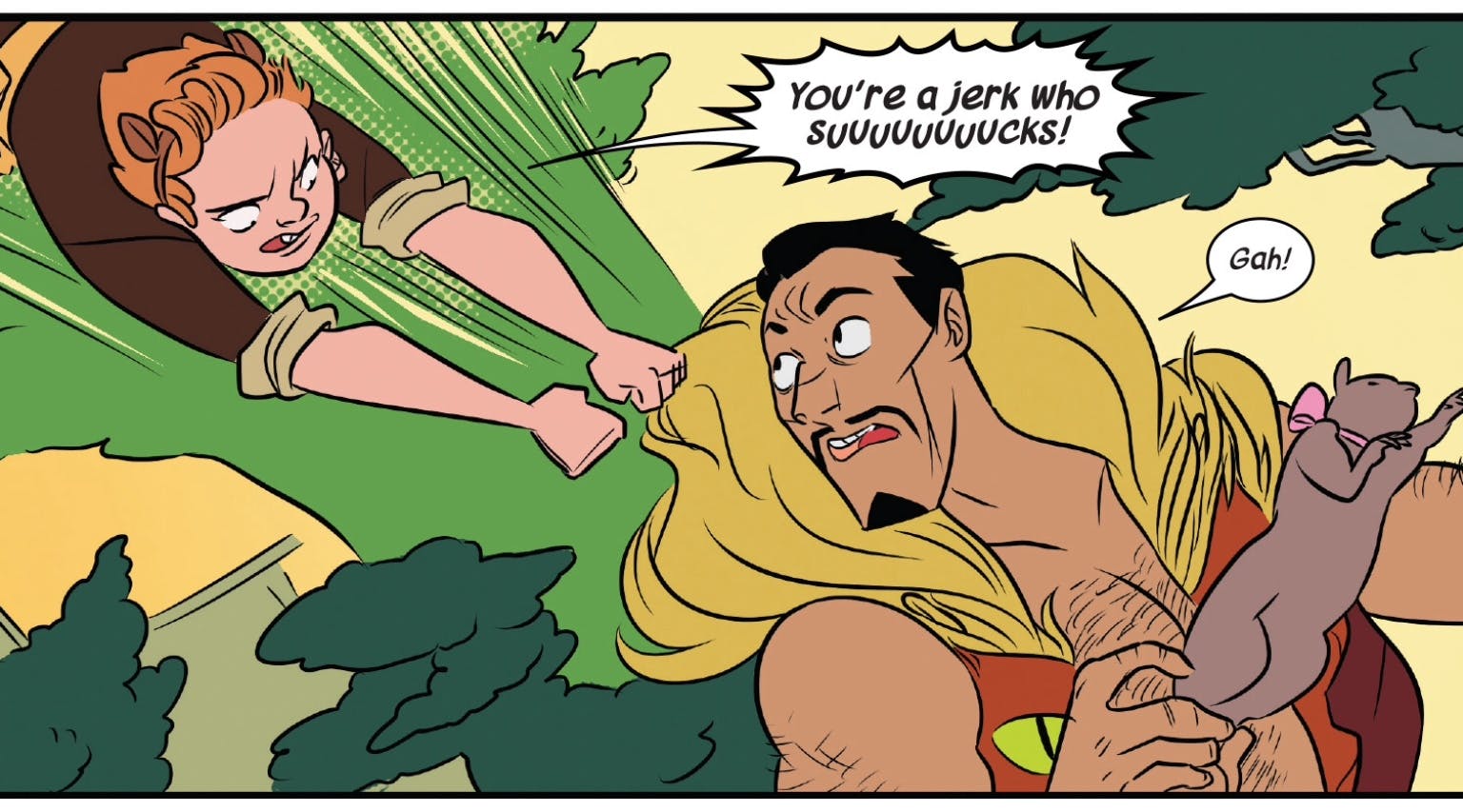