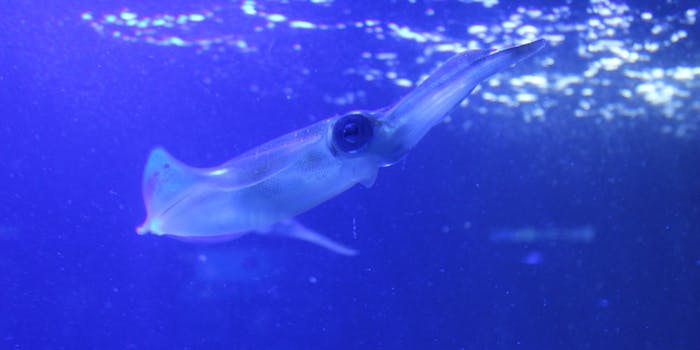 The ocean holds endless wonders, as well as a seemingly endless supply of nightmare fuel. A recent discovery off the coast of Turkey seems to be a healthy mix of both.

A massive transparent blob floating more than 70 feet below the ocean surface amazed and puzzled its discoverers, until a scientist shed some light on its creepy origins.

One of the divers who came upon the strange sphere was Lutfu Tannover, and he captured the entire encounter using his camera. Soft and almost invisible, the blob was a total mystery, and Tannover referred to it simply as “the thing” in his video of the discovery.

Researcher Mike Vecchione of the Smithsonian’s National Museum of Natural History eventually came across the video and offered a plausible theory. Vecchione identified the giant mass as a huge collection of squid eggs, each surrounded by its own small transparent case. Possibly, it contains the eggs of a red flying squid.

In the video, you can see the small white dots, which are the eggs themselves, encased in their clear protective cases. Clumped together to form a mass the size of a car, the egg collection—if that is indeed what it is—is one of the largest ever discovered.