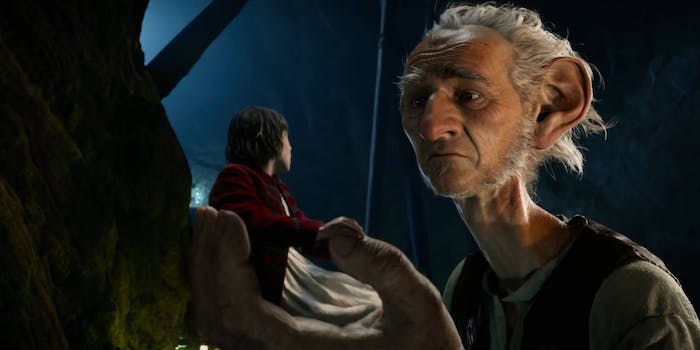 Disney’s ‘The BFG’ gets a new, nostalgia-packed trailer

Adapted by the writer and director who brought you 'E.T.,' this Roald Dahl movie looks like a modern classic.

The trailer for Steven Spielberg‘s The BFG is a guaranteed tearjerker, combining childhood nostalgia with cutting edge visual effects.

The Roald Dahl classic follows a young girl who befriends a giant nicknamed BFG (for “big friendly giant”), a soft-hearted vegetarian from a society of man-eating monsters.

With a screenplay adapted by E.T. scribe Melissa Mathison, we hope this turns out to be the modern classic Roald Dahl fans deserve.