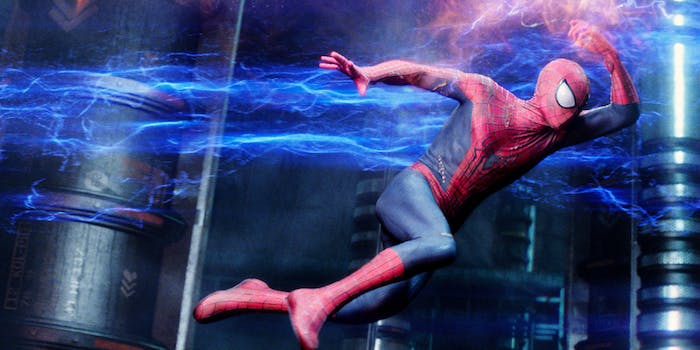 Everyone wants to see Spider-Man show up in an Avengers movie. But when will it actually happen?

The latest Spider-Man/Avengers crossover rumor has already been debunked.

On Wednesday, comic book fandom was buzzing with the rumor that Sony and Marvel Studios had negotiated an agreement that would allow Spider-Man to appear in Avengers: Infinity War, Part 1. So far, the two movie universes have remained separate, because Sony retains the exclusive rights to the Spider-Man franchise.

Leaked Sony emails previously revealed that the two studios had been discussing a Spider-Man cameo in Captain America: Civil War, but those talks fell through. Latino Review reported yesterday that a different deal had been made, with Spider-Man (recast with a different actor than Sony’s current star Andrew Garfield) set to show up in the first half of Infinity War.

Numerous outlets quickly picked up the story, partly because everyone wants to see a Spider-Man/Avengers crossover happen and partly because Latino Review often lands early scoops on Marvel movies. Several of the other Avengers-related rumors in the original article sound very plausible. However, Latino Review sometimes puts its weight behind outlandish rumors, like the idea of an Aunt May solo spy movie, that later turn out to be wrong. This was one of those times.

When Comic Book Resources reached out to confirm the crossover news, Sony said that it was an “old rumor” with “no validity whatsoever”—incidentally, almost exactly the same denial the studio issued regarding the Aunt May rumor. Either everyone involved is sworn to secrecy until Avengers: Infinity War is in production, or, more likely, this rumor was just wishful thinking.

Marvel and Sony will likely still attempt to negotiate some kind of crossover in the future, but right now, it’s best to maintain a healthy level of skepticism about any unconfirmed Spider-Man/Avengers rumors.

Photo via The Amazing Spider-Man 2/SonyPictures.com