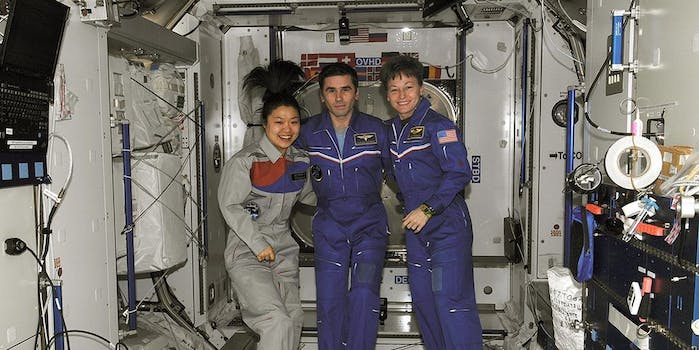 The first South Korean astronaut just quit, effectively ending the country’s manned space program and calling into question whether it was a good idea in the first place.

South Korea’s space program was tiny because the country does not have the technological resources or infrastructure to send people into space—only China, Russia, and the U.S. have ever built the spacecraft needed to accomplish this feat. So South Korea paid Russia the equivalent of $28 million to train and send Yi on board the Soyuz TMA-12 with two Russian cosmonauts. Originally the understudy for the role of first Korean in space, Yi took over when her predecessor didn’t follow Russian protocols. She successfully flew to the International Space Station in 2008.

During her 10-day space flight, Yi monitored how changes in gravity affected 1,000 fruit flies and whether it altered their genes. Zero gravity apparently made the flies more prone to depression and indigestion. She also measured how her face and eyes swelled in response to pressure changes and monitored dust storms as they moved from China to Korea.

Bloomberg Businessweek asked Yi in 2013 whether she felt any special responsibility to Korea after being its first astronaut. She replied:

“Anyone in this position feels a responsibility to her country. Some people in Korea criticize me for not returning to Korea after graduation [from Haas]. Korea is small and it wants to grow. We need to leave Korea to make connections with the outside world to be able to help the country later. Certainly we still need strong people inside Korea, but we have to go outside, too.

South Korea’s entire space program isn’t shut down by Yi’s move. It’s still working on launching satellites and rockets, but the cost of sending Yi to space has some Koreans asking whether the science and publicity was worth it. South Korea may do well to examine how even smaller countries manage to put on impressive space programs.

Once back on Earth, Yi took time off from the space program to attend the University of California, Berkeley’s Haas School of Business. She told Bloomberg Businessweek that she wanted to “serve as a bridge between science geeks and businesspeople.”

Iran, South Korea, and the U.K. are the only countries to have a woman as their first person in space. Yi was also the first person to reach space before she turned 30.

“When I returned, thousands of people waited for me and shouted my name,” she told Haaretz.com in 2012. “I began to feel like my life was not my life anymore. It wasn’t easy. I am just a scientist that unexpectedly became a celebrity. I am now more accustomed to it, but it’s still a huge burden. If you ask me what’s harder, being famous or flying to space, I’d say fame is much harder.”

After beating about 36,000 people in a competition to become South Korea’s first human in space, she probably has the guts and smarts to do whatever she wants.