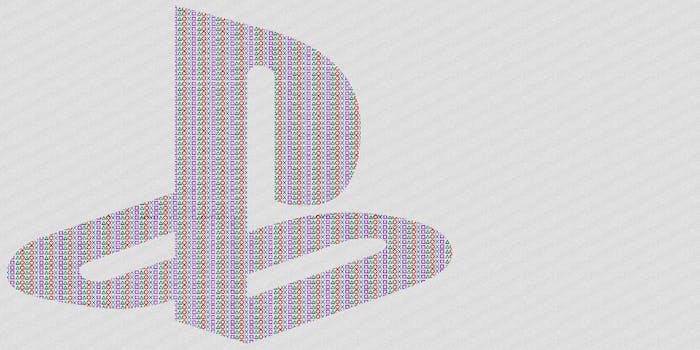 Sony plays by its own rules at E3 2014 press event

Sony teased dozens of games and revealed PlayStation TV during a near two-hour press event at E3.

The lasting images of Sony’s E3 2013 press conference are of Jack Tretton, then-president and CEO of Sony Computer Entertainment of America, announcing Sony’s support for used games. Tretton basked in the thunderous applause from the audience. Sony had declared itself as “for the gamers,” whereas earlier in the day Microsoft provoked criticisms from gamers that it cared more about selling the Xbox One as a set-top box for the living room.

Sony has ridden that wave of marketing success for the past year. The PlayStation 4 has sold-through—meaning PS4 units in the hands of consumers—7 million units. The Xbox One, on the other hand has sold-in—meaning Xbox One units either on store shelves or in the hands of consumers—5 million units. Sony needed to hold onto that perception of superiority for gamers at its E3 press conference Monday.

That was the narrative gamers expected to see. The truth is, Sony didn’t play into that narrative over their almost two-hour press conference, which capped off E3 Day 0. Sony presented a holistic view of all their initiatives, without feeling like they had anything to prove at all. If I had to describe their press conference in one word, it would be “mature.”

The conference began with a fresh trailer for Destiny, the new MMO shooter in development at Bungie. Andrew House, the president and Group CEO of Sony Computer Entertainment Inc., called Destiny “the embodiment of our vision” for games of highest visual quality that connect players into an extensive community. Destiny will appear first on PlayStation 4, and PS4 players will have the opportunity to participate in a first-look alpha Thursday through Sunday.

PlayStation 4 players will also get first access to the Destiny beta, on July 17. House announced a Destiny bundle with a white PS4 console and controller, 500 gig HDD, and a 30-day voucher for PlayStation Plus.

The audience got a look at a new trailer for PS4 exclusive The Order: 1886, and a brief reveal of Infamous: First Light, a standalone game that comes out in August.

A gameplay demo of Little Big Planet 3 took up a sizeable chunk of stage time. Shuhei Yoshida, president of Sony’s Worldwide Studios for Sony Computer Entertainment Inc., got a healthy applause when he announced that LBP 3 players would be able to access all the player-made content for LBP 1 and 2.

Alexander Hutchinson, creative director of Far Cry 4, introduced a new demo that highlighted co-op gameplay, and Adam Boyes, VP of Publisher and Developer Relations at Sony Computer Entertainment America LLC, revealed that on both the PlayStation 3 and PlayStation 4, Far Cry 4 players will be able to invite the friends to play co-op even if their friends don’t own the game.

A remastered The Last of Us is coming to PS4, and the Ultimate Evil edition of Diablo III will feature a Last of Us-themed dungeon, with Clicker and Bloaters.

The PS4 will have an exclusive Disney Infinity collector’s edition that features characters from The Avengers. The four-player action-adventure game Magicka 2 was also revealed. And then Sony’s press conference took a turn into the indie game development world.

Sony put itself forward at last year’s E3 press conference as an ally of the indie movement, going so far as to put a slew of indie games on display on the main stage.

This year, Devolver Digital announced five indie titles that will be PlayStation 4 and PC exclusives: BroForce, Titan Souls, Not A Hero, Hotline Miami: Wrong Number, and The Talos Principle.

Tim Schafer’s Double Fine studio will be remastering the highly-respected, old-school adventure game Grim Fandango for the PS4 and PS Vita. Abuz, the new game from indie developer Giant Squid, will also be available on PS4.

No Man’s Sky, the procedurally-generated space exploration game, which made huge waves when it was revealed at VGX 2013, will make its console debut on the PlayStation 4. Sean Murray, the founder of Hello Games, a tiny indie studio (which makes No Man’s Sky all the more impressive for what it hopes to achieve), revealed that every player will begin on their own planet, so that everyone will have unique adventures from the start. The new trailer showed stunningly-updated visuals from the reveal trailer.

Andrew House discussed Project Morpheus, Sony’s new virtual-reality initiative, and announced that the tech would be on display at Sony’s E3 booth this year.

Laydan talked about PS Vita games in development like Child of Light, an RPG from Ubisoft, TellTale Games’s Tales from the Borderlands, and Minecraft.

Laydan also revealed PlayStation TV, a $99 micro console that will allow PS4 players to stream their games to other televisions in their homes. There will be a large library of PS Vita, PlayStation Portable, and PlayStation One titles available through PlayStation TV.

The amount of content Sony discussed was almost overwhelming. A new Mortal Kombat X trailer was even shoehorned in.

Then Andrew House revealed that Sony Pictures Entertainment is working on a series based on the Powers graphic novels. Powers co-creator Brian Michael Bendis is executive producing the series. All PlayStation Network users will get the first episode for free, while paid PSN subscribers will get access to the entire series for no additional charge. The series will premiere in the first half of 2015.

Ratchet and Clank: The Movie is coming to theaters also in the first half of 2015, and franchise creators Insomniac Games will be heavily involved with the film. House announced that the original Ratchet and Clank game is being re-imagined for the PlayStation 4.

By the time the press conference turned back to triple-A titles like Metal Gear Solid V: The Phantom Pain, Grand Theft Auto V remastered and with exclusive content for the PlayStation 4, and Batman Arkham Knight from Rocksteady, the mainstream, core games felt almost like an afterthought.

Sony wrapped up the lengthy event by teasing Uncharted 4: A Thief’s End.

The overall impression was that Sony wasn’t playing by E3’s rules. Maybe that was due to the odd pacing of the event, as Microsoft, Electronic Arts, and Ubisoft all provided tight, traditional E3 press conferences. It felt more like Sony was holding court, jumping from topic to topic, each item getting its due time in the spotlight.

Maybe that speaks to Sony knowing precisely where it currently stands in the console wars. It’s 2 million units ahead, it has the love of the indie scene, and it’s working on new hardware, whereas Microsoft had nothing to show in that latter regard. If Sony played by its own rules at the E3 2014 press conference, it was because it can.