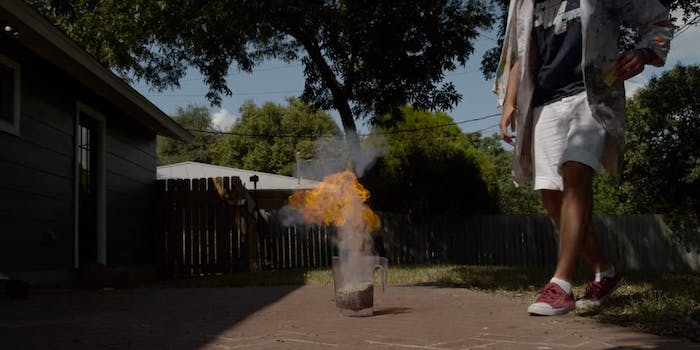 Of course you want to see 6,000 matches explode in slow motion

YouTube‘s mad scientists the Slow Mo Guys have a cure for the dog days of August: light 6,000 matches at once, of course.

They’ve followed up their water balloon stunt with this “match head bomb,” which involves shoveling 6,000 matches into a blender and setting it off. We see it first at regular speed, and it’s kind of underwhelming. But seeing the ignition in slow motion truly brings out the majesty. There’s something kind of Zen about it “literally raining fire.”