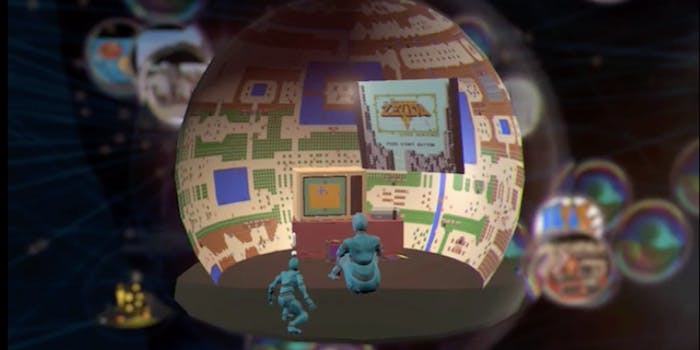 The Sims creator Will Wright reveals Proxi, his first game in a decade

It's even more high-concept and strange than you might expect.

Will Wright has been a mainstay in the gaming world for decades. After hitting it big with SimCity in the late ‘80s, he launched another blockbuster franchise with The Sims in 2000. Eight years later, he released the hyped-but-lackluster Spore. And that’s the last we’ve heard from him as a game designer. Now, 10 years later, Wright has taken up the mantle again with Proxi, a mobile simulation game with a twist.

In typical Will Wright fashion, the twist is a high-minded concept that may or may not pay off once Proxi comes out. With your help, the game creates an artificial intelligence version of, well, you. It creates what they call a “proxi” of the player.

“This is in some sense a game of self-discovery,” Wright says in the trailer. It’s “a game where we actually uncover the hidden you, your subconscious, your inner id, and… bring it to life, so that you can interact with it, you can play with it, you can learn from it, and it can learn about you.”

It gets stranger from there. “We do this primarily by pulling out memories from your past,” Wright continues, “those unique things that happened in your life that make you who you are.”

So you’ll control what memories and “concepts” you put into the game, and the game will whip them into an AI. The core building blocks of the AI are “mems,” or environments you’ll create based on your memories.

It’s an understatement to say that this all sounds rather abstract. So it will be interesting to see if Proxi soars like The Sims or falls flat like Spore when it launches later this year.

The announcement comes alongside a contest to work on the game. To enter, developers must use the Unity game engine to create environments out of three of their memories. That seems like a fitting application process for such an unusual game.