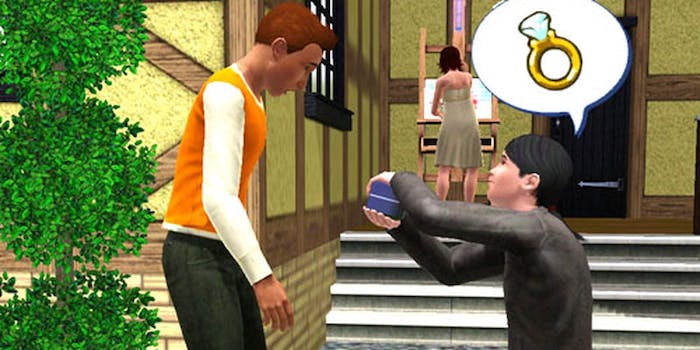 This is sadly unsurprising.

Russia has given The Sims 4 an 18+ rating because players can choose to have homosexual relationships within the game.

User Callum9342 from The Sims 3 forum translated other tweets by the Russian Sims 4 twitter account as saying:

It’s important to note that The Sims have had the ability to have relationships with other sims of the same gender since the release of the original game back in 2000. Many countries didn’t care. It wasn’t blatantly in your face, and was completely optional. In Russia, The Sims 3 was given a 12+ rating.

This is just the latest event in Russia’s conservative streak. Putin recently signed into law that bloggers with more than 3,000 readers must register with Roskomnadzor, Russia’s media oversight agency. In a fairly KGB-esque move, starting July 1 swear words will also be banned from all public performances and films.

While Russia is known for it’s anti-homosexual stance, it’s not the only one trying to keep video games on the straight and narrow. It recently surfaced that Nintendo would not allow homosexual relationships in their new life simulator, Tomodachi Life.