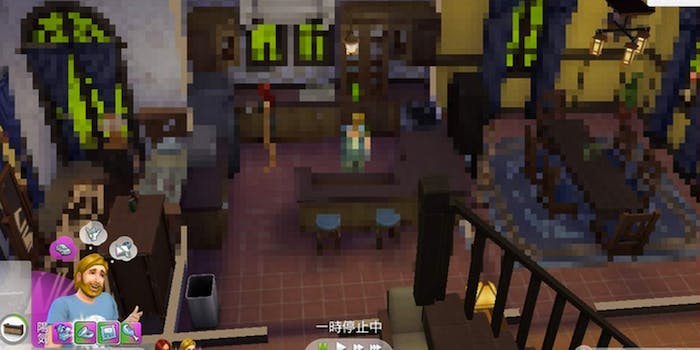 The joke's on you, game pirates.

The Sims 4 is the newest edition of the popular life simulation franchise, and everyone is dying to play it—even people who are less than willing to pony the $60 to play it.

Maxis, the development team behind The Sims, seemed to know that a few frugal individuals would try illegally download the game rather than buy it. So, the company added a funny bug that makes your pirated Sims 4 experience a little blurry.

In The Sims, whenever your character disrobes, a mosaic pixel effect covers up their private parts. In the pirated version, those pixels start to grow and grow until it fills the entire screen.

“The problem you have encountered is a hook in the copy protection, to catch out people who try and download cracked versions of the game for free.

Mirror’s Edge also did it right by having the player slow down before a big jump. That one may be a bit sadistic.

H/T StrategyInformer | Image via The Sims 4