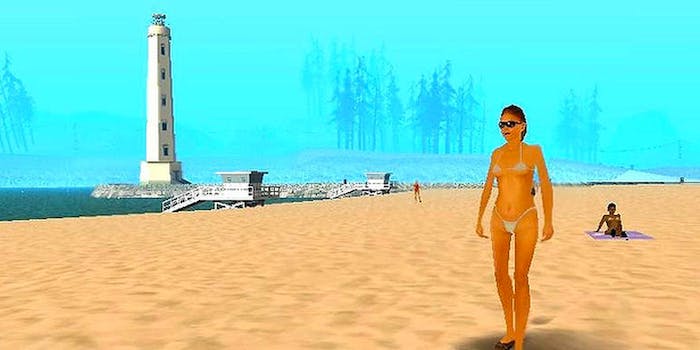 How playing with a ‘sexy’ avatar affects female gamers

We’ve long been worried about what ideas boys get from, say, the strippers and prostitutes of Grand Theft Auto—but what effect does the objectifying male gaze in video games have on the gender lusted after?

“In virtual worlds and video games,” Stanford University researchers Jesse Fox, Jeremy N. Bailenson, and Liz Tricase wrote in their study, “there is marked disparity in how men and women are portrayed.” The latter are almost universally sexualized, in dress and bodily proportions, and can ultimately have a detrimental effect on women who come to identify with the character by playing as them.

By separating the college-aged participants into those using a sexualied avatar and those playing as a more generic, “normal” woman, with the added variable that either type of avatar might incorporate the player’s real face, the experimenters reached some chilling conclusions: Women who navigated virtual reality with a “sexy” doppelgänger were more likely to self-objectify in the free response essays they wrote afterward, considering themselves as something to be looked at and evaluated. Moreover, that subset was most accepting of the rape myth—the idea that victims of sexual assault somehow “deserve” their lot—and willing to agree with the proffered statement “In the majority of rapes, the victim is promiscuous or has a bad reputation.” 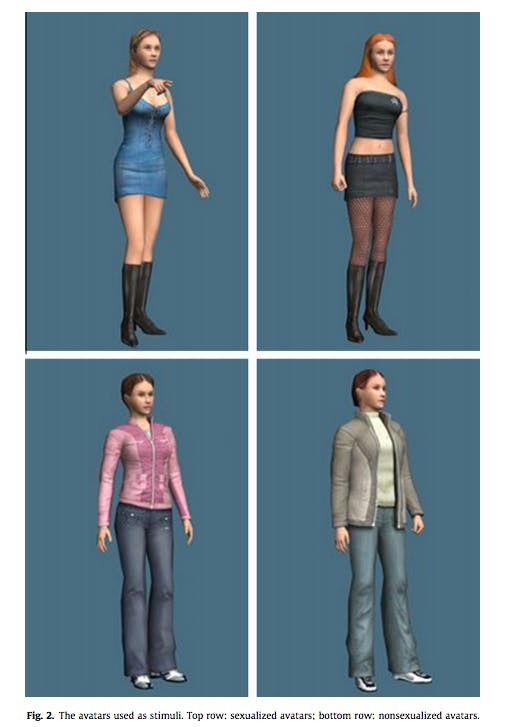 The women using sexy avatars also became more body-conscious overall, another indication of self-objectification, which the researchers point out is connected to drastic offline issues like disordered eating, depression, and decreased cognitive performance. This, the study suggests, is further confirmation of the “Proteus effect,” first proposed in 2007, which holds that “embodiment” in an avatar “may lead to shifts in self-perception both online and ofﬂine based on the avatar’s features or behaviors.”

The implications are vast and troubling, and not just for the women held to be prizes, obstacles, or mere window dressing by the often misogynist video game industry: What papers like these tell us is that once you venture into the coded, pixelated, algorithmic world, you don’t necessarily come back the same person.