Gender inequality in gaming is diminishing, but not gone yet

"Sexism in 2014 is not a Mad Men moment. It’s very rarely someone coming up and making a pass."

From incidents of cosplayer harassment to video game developers quitting after death threats, the issue of sexism and inequality in the gaming community is one that’s been around for years. While there has been some improvement in the industry, the topic is still a prominent concern and was discussed in-depth at a panel called “Sex, Sexy and Sexism: Fixing Gender Inequality in Gaming” at PAX East on Sunday.

“This has been going on, this is not new, but it was always just something you kind of accepted. It was like, ‘Well, this is my job, guess the rape threats are part of it,’” said Susan Arendt, managing editor of Joystiq. “But now as people are getting more support as more and more women are becoming a visible part of the industry in all parts of the industry…we’re more willing to call bullshit on that…”

Moderated by Gamebits’ Ken Gagne, the panel first discussed whether news about incidents against women are more prevalent because things are getting worse or because people are now paying attention. To Ardent, it’s a combination of ongoing education about gender inequality in the industry and backlash from those who feel threatened by the empowerment of women.

From the tabletop gaming point of view, founder of the Magic: The Gathering Lady Planeswalkers Society Tifa Robles said there’s a lot of subtle sexism that people just don’t recognize and it’s not until it’s clearly laid out for them that they try to understand it. On that point Brianna Wu, head of development for Giant Spacekat, had a message for male allies in the audience. 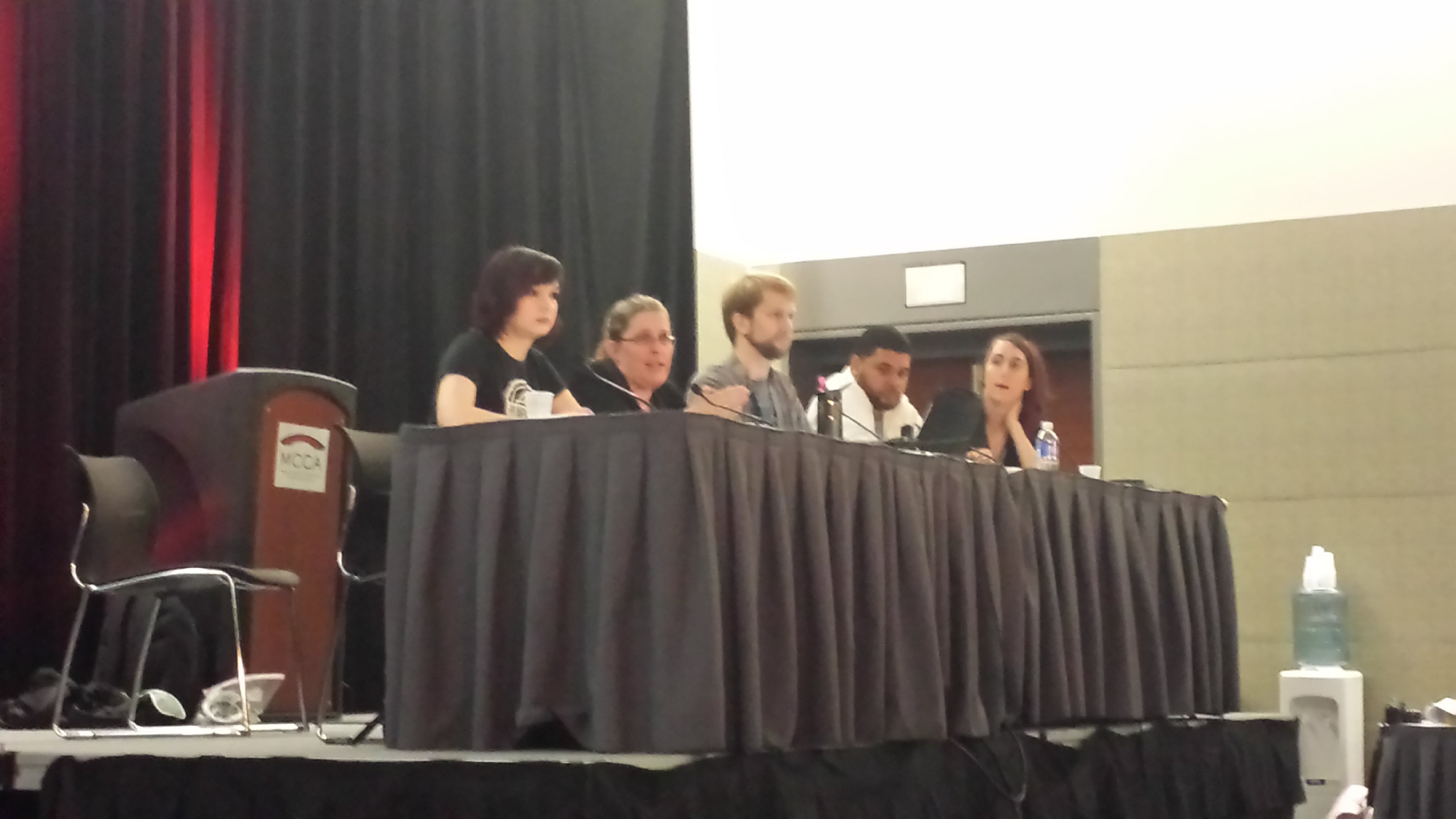 “Sexism in 2014 is not a Mad Men moment. It’s very rarely someone coming up and making a pass. That happens, but the way sexism happens to everyone on this panel everyday is a much more subtle thing. It is having your opinion invalidated. It is when people leap into a conversation and minimize or try to dismiss your life experiences…it’s this thing when people who haven’t thought through the privilege they have as men in this industry,” she said.

Activist and creator of HowManly.com Duane de Four thinks similar things are happening in other entertainment industries, reflective of a larger sexism that occurs in society. He said as change happens, there is often an accompanying backlash.

“We’re in a time of great change and lots of people are starting to challenge these things and reconsider gender roles and all that kind of stuff, and there’s a contingent that is completely uncomfortable with that,” he said.

Despite how far women have come in gaming and how there are signs that things may improve, recent events show that the work is not done. Wu told attendees that even this weekend at PAX East, a cosplayer dressed as the main character from their new game Revolution 60 was approached by a man who asked if he could touch her butt. Arendt shared a story of subtle sexism a colleague faced in March at the Game Developers Conference, which is attended by game developers and journalists. When she met someone new she was asked if she handled her company’s community management, making a leap over the two most common types of professionals attending the event, perhaps because she happened to be a cute girl.

“In a lot of cases it’s just the thought process has never happened and once it goes down that route then it seems obvious, but if you’ve never dealt with this yourself you’ve probably just literally never had those particular neurons firing,” she said.

Moving forward, the panel agreed that having better representations of women in games will also help the attitude toward women in the industry. De Four thinks it’s not a coincidence that as depictions of female characters get more graphic, women in the industry experience more death threats and related harassment. He said the two are connected—it comes down to dominance and control. To Wu, her goal isn’t to censor these representations of women in gaming.

“My goal is to get more women involved in game development process, in management, in the journalism side of games, which I think is huge the lack of female journalists…” Wu said. “It’s about diversity. It’s about having a greater amount of people represented in games so that when I go to buy a game, I can find something with someone that looks like someone I can identify with. It’s more about that choice.”