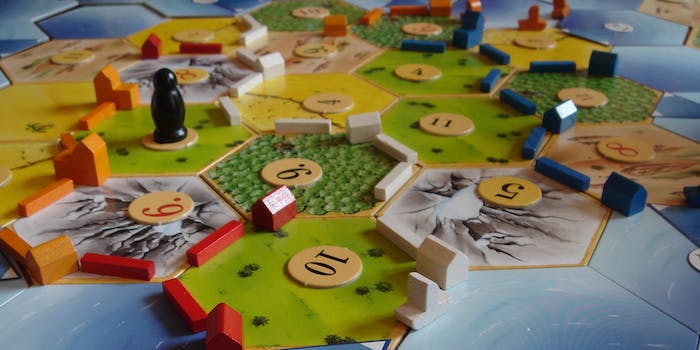 The next classic board game is coming to our screens.

Hollywood is looking to a classic board game for its next big moneymaker.

Producer Gail Katz has gained the international rights to The Settlers of Catan, the strategic board game designed by Klaus Teuber, and plans to adapt it for TV and film. First released in 1995, more than 22 million copies have been globally and translated into 30 languages and available to play in its original form, online via Microsoft, and in mobile form.

Although Hollywood has only had some success when it tried to adapt board games to film from Clue to Battleship and Ouija, Katz’s plan is to use the game as a launching point before expanding the story. In a press release, she noted the themes of the game that could easily make for a compelling story.

“I’ve been wanting to see an adaptation of the game for years, ever since my Catan-obsessed college-aged kids introduced me to it,” Katz said. “The island of Catan is a vivid, visual, exciting and timeless world with classic themes and moral challenges that resonate today. There is a tremendous opportunity to take what people love about the game and its mythology as a starting point for the narrative.”

Katz has most recently worked on the biographical film Pawn Sacrifice. Polygon argues it could technically count as another board game film, because it’s about chess players during the Cold War.

Fans wary need not worry. The new partnership has full support from the very people who created the game.

“We are thrilled to be working with Gail on The Settlers of Catan,” Guido Teuber, managing director of Catan, Inc., said. “Catan players are a diverse and dedicated group who are drawn in by the game’s social interaction and strategy. We owe it to the fans all over the world to make sure any Catan content created lives up to what they have come to expect of the Catan brand. We are confident that our partnership with Gail will take us there.”

There’s no further detail on when we might see a The Settlers of Catan show or film, so while we wait we might as well dust off our sets and settle in for a nice round or two of strategy.