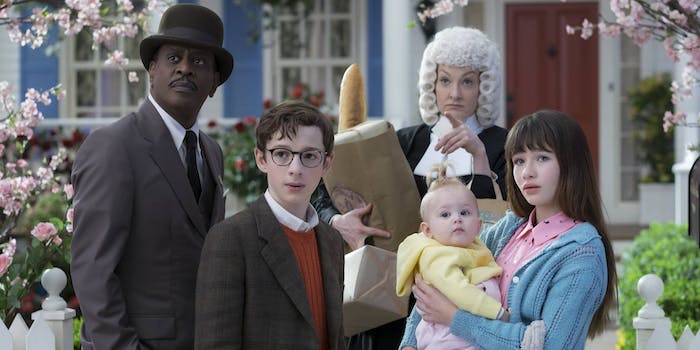 Photo via A Series of Unfortunate Events/Netflix

This dark tale of fighting back against abusive authority figures finally gets the adaptation it deserves.

This review contains no major spoilers for A Series of Unfortunate Events.

At last, Lemony Snicket’s A Series of Unfortunate Events books have received the adaptation they deserve.

This Netflix series is destined to overshadow the disappointing 2004 movie, with a fresh adaptation masterminded by director Barry Sonnenfeld (The Addams Family) and writer Daniel Handler, the man behind the Lemony Snicket pen name. With hints of Bryan Fuller‘s morbid romcom Pushing Daisies, it’s the kind of dark yet charming comedy Tim Burton used to make when he still made good movies.

After the death of their parents, the three Baudelaire children—the inventor Violet (Malina Weissman), the bookish Klaus (Louis Hynes), and the baby Sunny (Presley Smith)—are left in the hands of the dastardly Count Olaf (Neil Patrick Harris), a distant relative who is only interested in stealing their family fortune.

Self-absorbed and cruel, Olaf ranks alongside Matilda’s Miss Trunchbull and Harry Potter’s Professor Umbridge as a terrifying nemesis for clever and resourceful kids. The difference is, the Baudelaires aren’t armed with magical powers or a helpful mentor figure. They only have their wits and each other, surrounded by clueless and malevolent adults. The show’s stylized, theatrical production design and costumes create a gothic fairytale view of reality, yet the Baudelaires remain a truthful depiction of the powerlessness of being a child. 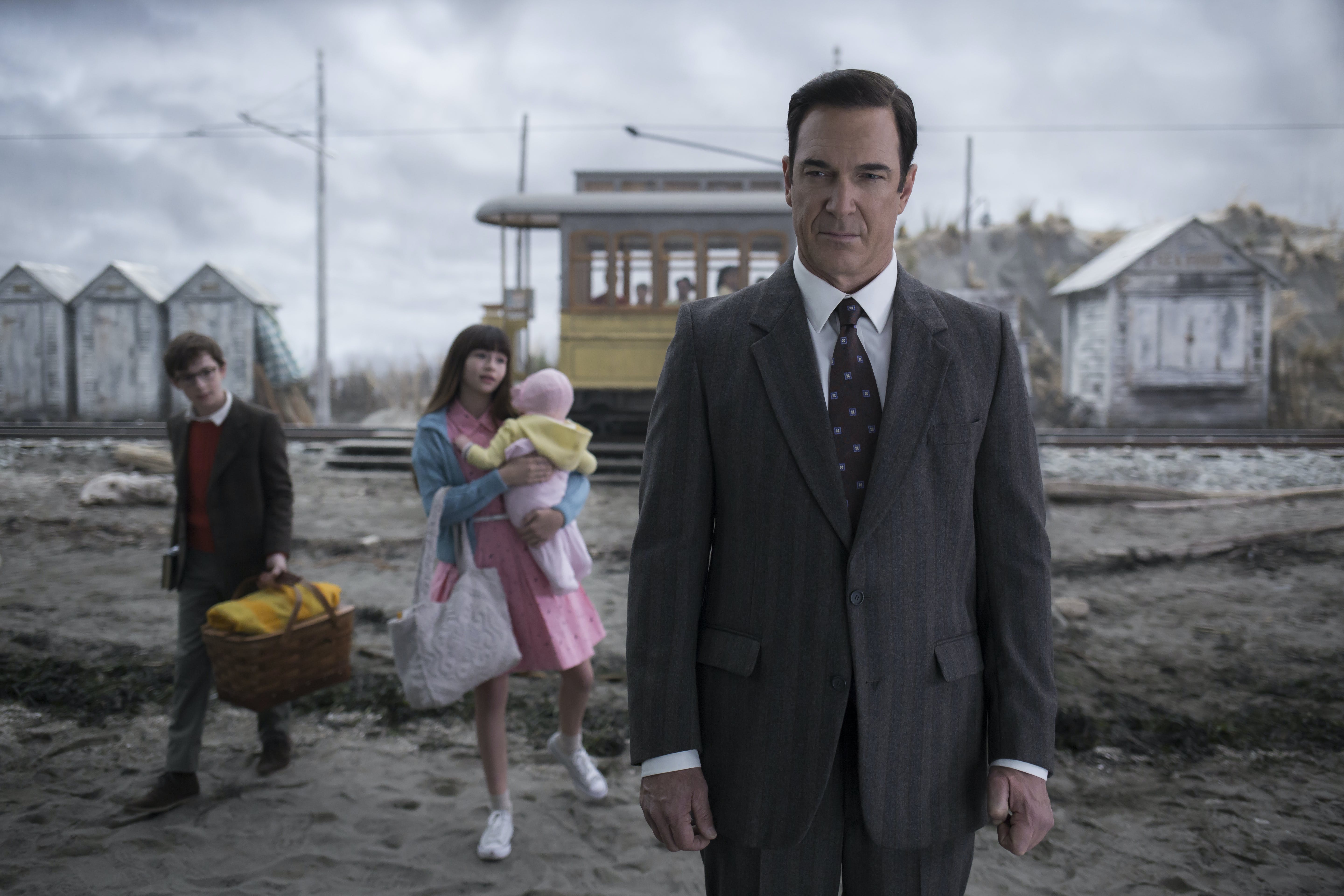 Instead of sharing a comforting message like, “Good always triumphs over Evil,” A Series of Unfortunate Events offers a more realistic kind of reassurance: Sometimes life sucks, but you can still survive it. Adults don’t necessarily have your best interests at heart, and you can’t always trust authority figures. And when someone seems like a creep, there’s a good chance that they are, in fact, a creep.

Over the course of the first few episodes, the orphans go from innocent optimism (“First impressions are often wrong,” says Violet hopefully, upon meeting Count Olaf) to fearful wariness, learning that adults will misunderstand them and talk over their heads while Olaf manipulates and bullies the children in secret. It doesn’t take long for them to start fighting back against Olaf on their own terms, bypassing authority figures like the banker Mr. Poe (K. Todd Freeman) who barely pay any attention to their complaints anyway. Despite the heightened, Edward Gorey-esque tone, it’s a sensitive and thoughtful depiction of abusive behavior—which makes it all the more impressive that the show is also very, very funny.

Neil Patrick Harris is hilarious as Olaf, a unsuccessful stage actor who constantly proclaims his own handsomeness and genius while cooking up despicable schemes to steal the Baudelaire fortune. It’s a role that requires impressive comedic chops, because we need to laugh at Olaf even as he mistreats the three children. 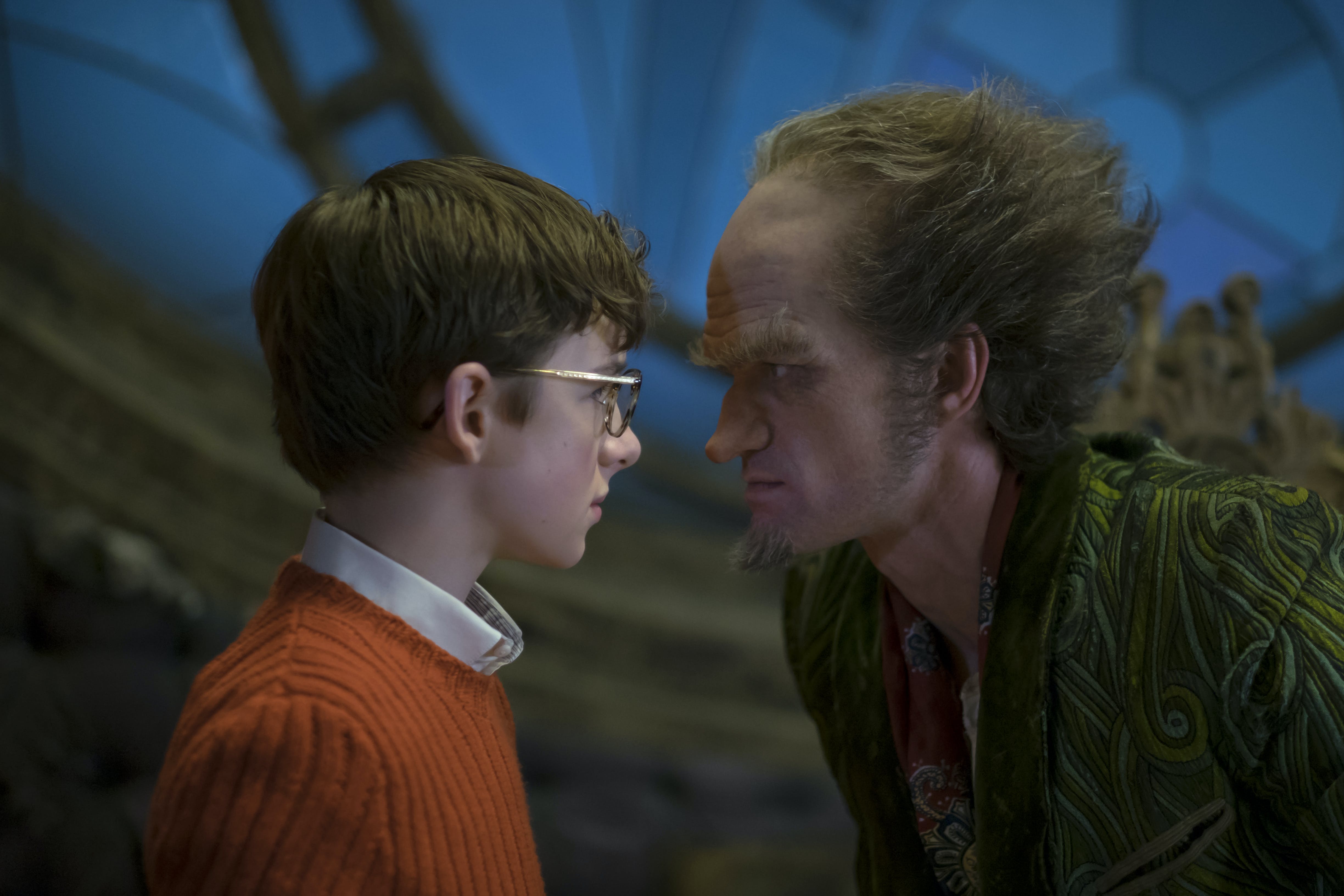 The Baudelaires’ biographer Lemony Snicket (Patrick Warburton) acts as a framing device for the main story, an omniscient narrator who appears onscreen to comment on the children’s latest predicament. “We should be on guard for the unpleasant arrival of dramatic irony,” he explains, encapsulating the show’s main source of tension. We know the Baudelaires are always destined for more doom and disaster, so as soon as anything good happens—like, say, being adopted by the eccentric yet lovable Uncle Monty (Aasif Mandvi)—you can be sure something is about to go horribly wrong.

Lemony Snicket’s fourth-wall-breaking role is one of the most memorable aspects of the books, explicitly educational in a way that doesn’t talk down to the audience. Along with his commentary on the Baudelaires’ life, he gives helpful definitions of advanced vocab words used by the characters, and deconstructs story themes like grief and, yes, dramatic irony. (The vocab word thing is a lot less clunky as it sounds, featuring things like a show-within-a-show to illustrate the difference between “literally” and “figuratively,” a pair of words that Count Olaf just can’t seem to get right.) 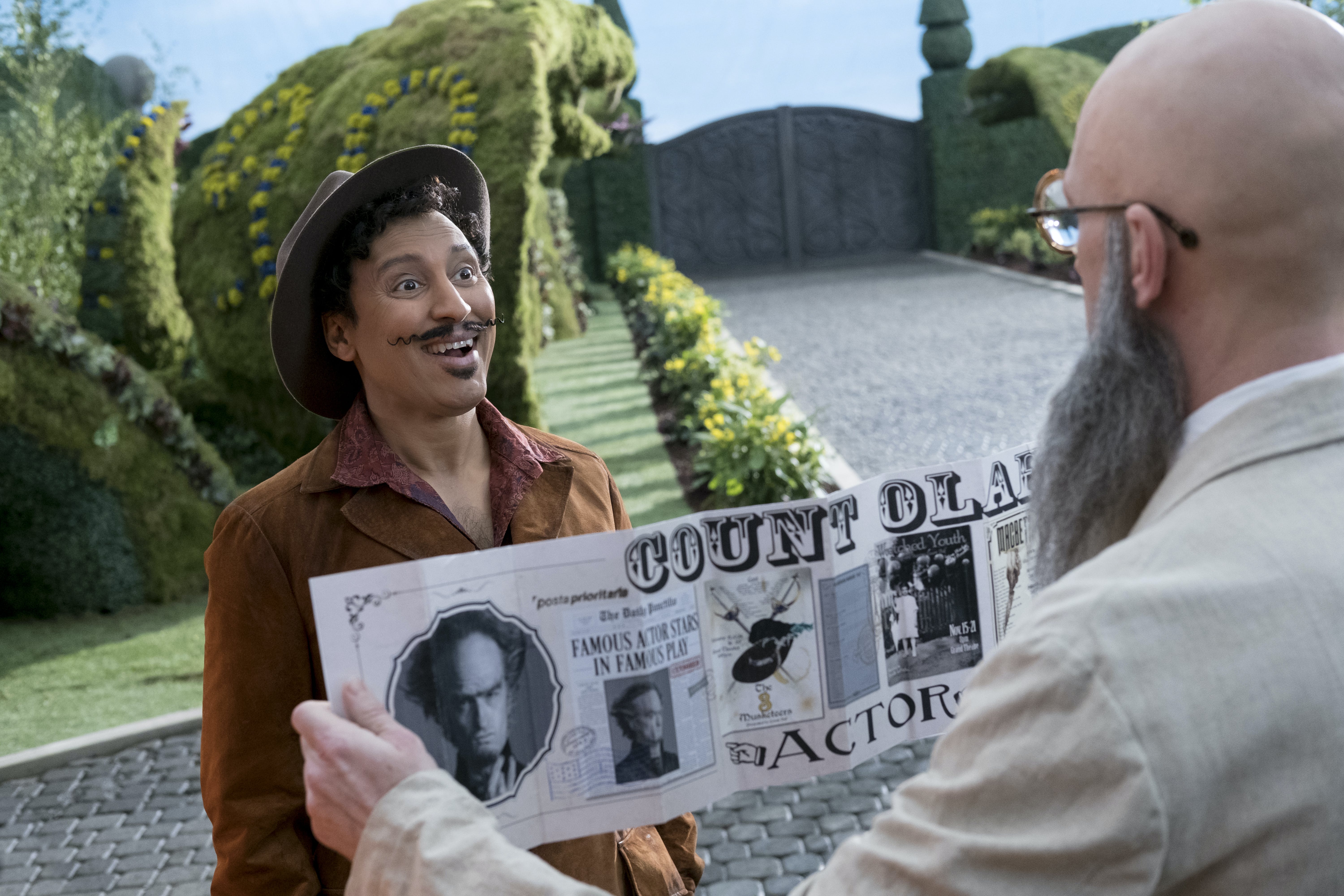 The first generation of Lemony Snicket fans are now in their 20s, and will likely be satisfied with such an authentic adaptation: whimsical without being twee, with a powerful message about resisting tyrannical behavior and trusting reliable evidence over unreliable authority figures.

For younger viewers, it’s the kind of glossy live-action children’s drama that rarely gets made for the small screen, featuring a stellar cast (Alfre Woodard, Joan Cusack, and Will Arnett all have supporting roles) and a satisfying blend of comedy and more serious themes. It’s also great to see more of Sonnenfeld’s talent for directing physical comedy, harking back to the ’90s heyday of The Addams Family and Men in Black. Just don’t feel the need to follow the traditional Netflix route of binge-watching the whole series at once. Episodes last from 45 minutes to an hour, and are worth spacing out to one per day.