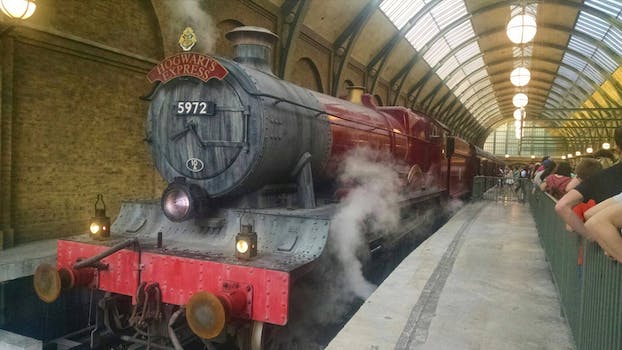 Fans are visiting Platform 9 3/4 to celebrate the start of another school year at Hogwarts.

It’s Sept. 1, and for Harry Potter fans that means one thing: It’s time to go back to Hogwarts.

#BackToHogwarts is trending on Twitter, as fans celebrate the first day of the new school term. Pottermore has been sharing photos from fan events all day, as people lined up in front of the portal to Platform 9 3/4 at the Warner Bros. studio tour.

"We actually met each other here for the first time, two years ago!" – L.J. and Laura on #BackToHogwarts pic.twitter.com/xnARV3sR1T

"Where your treasure is, there will your heart be also."#BackToHogwarts pic.twitter.com/7TSmjGP4tG

Earlier in the day, J.K. Rowling tweeted, “If you’re at King’s Cross, the Potter, Granger-Weasley and Malfoy families are there too. Albus Severus starts school today. #19YearsLater”

Unfortunately, that wasn’t quite right. The author had confused the complicated timeline of the Harry Potter series: The Kings Cross scene in the final book’s epilogue actually takes place in 2017, 19 years after the Battle of Hogwarts in 1998.

I got the year wrong: blame #CursedChild! In my head it's already 19 years later! #BackToHogwarts

For a lot of fans, the #BackToHogwarts slogan is synonymous with the unofficial A Very Potter Musical, which became a cult hit in 2009. If you haven’t seen it yet, we strongly recommend watching the whole thing on YouTube—beginning, of course, with “Goin’ Back To Hogwarts.“