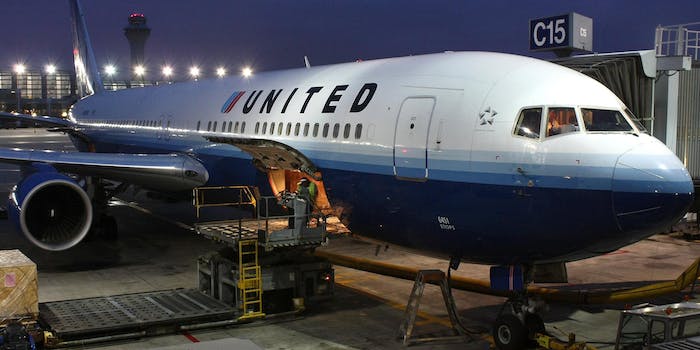 For geeks, this was the worst possible time for flight disruptions.

Every San Diego Comic-Con (SDCC) must find its niche, and 2015’s is now officially the year when everyone freaked out over flight delays.

For just over an hour on Wednesday morning—the prime travel time for serious SDCC attendees—United Airlines flights were grounded due to a “network connectivity issue.” More than 4,900 flights were disrupted, causing untold numbers of missed connections worldwide. And since some of those flights included people making their way to Comic-Con, nerd Twitter now has comprehensive coverage of the fallout.

Got to O'Hare and @united's system is down. There must be a thousand people in a huge mob and they're writing boarding passes by hand.

"OH YOU DIDN'T LIKE GENISYS, AMERICA? EAT THIS." – Skynet shuts down @united as #SDCC starts.

"Oh my flight to #SDCC is delayed!" pic.twitter.com/FNOMDmI0DW

Happily, United’s computer problems cleared up after about an hour, although this was already too late for many people to catch their connecting flights.

I hope nerds around the country are taking advantage of the @United delays to make new friends in their fellow stranded geeks. #SDCC

Safe travels to all the folks flying United to SDCC (or wherever). Looks like they're back in the air.

It’s really just as well that as Comic-Con pros, most of these people have a great deal of practice with waiting in long lines of sweaty, impatient strangers. Next year’s Comic-Con plan? Get flying superpowers.