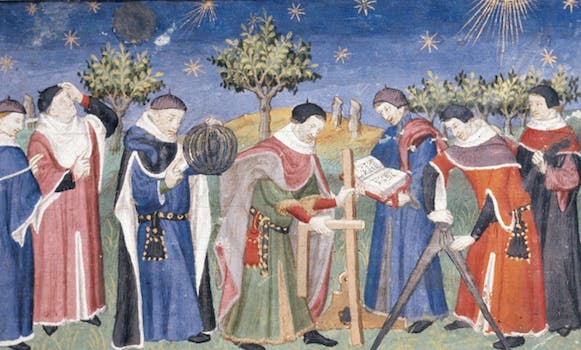 More Americans than ever are seeing religion in conflict with science, according to a new Pew Research Center study. Nearly 60 percent of the 2,002 people the research center surveyed said religion and science often conflict. Interestingly those numbers plummeted when they were asked if their personal religious beliefs conflicted with science.

Though the survey didn’t specifically look at atheist views, the results closely align with the community’s views on science and religion. Many propose doing away with religion all together.

While religious thinking has no place in the evidence-based pursuit of science, it’s not quite so obviously a problem for a non-scientist. And the data would appear to back that up. The biggest sticking points between the religious and the scientific centered around the process of evolution and the origins of the universe. Those are important, fundamental concepts for our understanding about big questions like how we got here, but their answers don’t impact most people’s daily lives. Policies surrounding climate change and healthcare, on the other hand, are important to our continued survival. In those realms, religion seemed to have little impact on people’s views.

Political ideologies and age are much stronger predictors of people’s agreement with science, according to another Pew survey earlier this year. That survey revealed that 71 percent of Democrats believe global warming is caused by humans (the position backed by science), while only 27 percent of Republicans shared the same view.

If religion conflicts with science, it may be through the form of politics. As long as we’re sticking with the Pew data, evidence suggests that the more devoutly religious and Christian population of America tends to vote Republican—the side that tends to have the biggest beefs with science despite frequently calling themselves pro-science. People who believe in non-Christian religions or who aren’t religious tend to swing Democrat.

And as more Americans see religion’s influence in the country waning, more are hoping that churches and other religious institutions will step in and share their views on the political issues of the day.