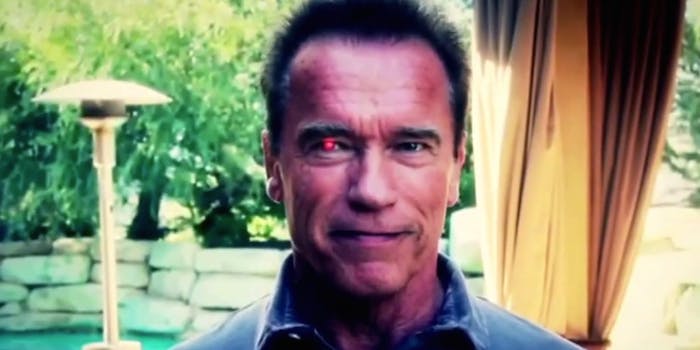 Arnold Schwarzenegger celebrates 30 years of ‘Terminator’ with message to fans

He's thanking the very people who made the franchise successful after all these years.

Time flies, even for a futuristic cyborg.

Terminator star Arnold Schwarzenegger took to YouTube on the 30th anniversary of the movie’s release to thank the very people who made it the iconic franchise it is: the fans. With a new film set to come out next year, Terminator is still ongoing.

“For me as an actor, it was great to play a machine,” he noted with a familiar gleam in his eye.

For some, Terminator just might’ve sparked a bunch of Schwarzenegger impersonations and a fun couple hours at a movie theater. But for others, it shaped their lives and their careers. One redditor pursued mechanical engineering because of it.

“Terminator was really life changing for some of us,”ridhs84 wrote on Reddit. “Today, I am a successful Firmware engineer because of the inspiration from Terminator series and all of it is because of the Terminator movie(s) I watched growing up.”

Schwarzenegger will be back alright—and he may possibly inspire a new generation of future scientists in the process.