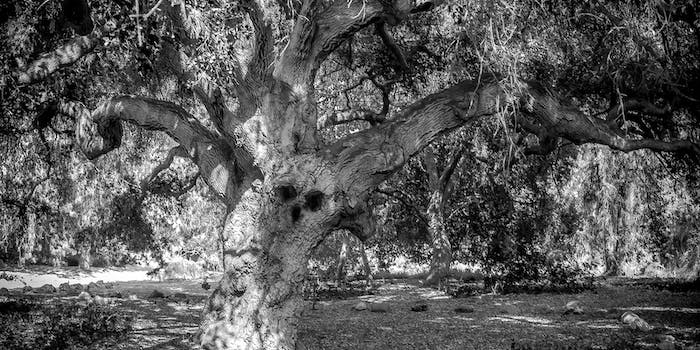 Your childhood fears are in excellent hands.

Spines tingled across the Internet today when horror auteur Guillermo del Toro announced he’ll be bringing seminal kids’ scarefest Scary Stories to Tell in the Dark to the big screen.

It’s hard to forget your first encounter with Scary Stories, whether it was huddled around the fire at summer camp or buried under your blankets with a flashlight. The anthology of short stories and two sequels written by Alvin Schwartz between 1981–1991 combined urban legend and folklore to thrill (and scare the bejesus out of) an entire generation of young horror lovers. While the tales were creepy in their own right, grotesque and surreal illustrations by Stephen Gammell made the books an unforgettable experience—in that they haunted your dreams forever.

Now, just when you thought you were safely an adult with only your student loans to have nightmares about, these creeptastic tales are coming back with a vengeance.

Del Toro tweeted a photo of himself checking out what appears to be some original Scary Stories art on Thursday, announcing that he’ll be working on a film adaptation of the book.

We’re terrified and excited to see which stories he’ll choose to bring to the big screen. Will it be the one where the girl has spiders burst out of her face? The one where a disgruntled scarecrow murders a guy and then peels off his skin? Or perhaps a Goosebumps-style mix of terrors?

One thing we do know: The combination of del Toro and horror stories from our childhoods is the perfect recipe for nightmare fuel.