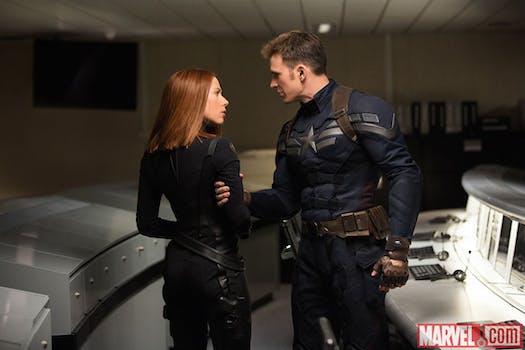 Scarlett Johansson is back for ‘Captain America: Civil War’ after all

Black Widow fans can breath easy: Scarlett Johansson will be appearing in Captain America: Civil War after all.

Civil War directors Joe and Anthony Russo have confirmed that Johansson will be returning to play Black Widow for the fifth time. The third (and potentially final, although who are we kidding) Captain America movie comes out in 2016, about a year after Avengers: Age of Ultron.

There was a brief period when fans thought Johansson might have been removed from the movie to make way for the Captain America vs. Iron Man storyline of Civil War, so this news resulted in a minor freakout from Marvel fandom Twitter. Basically, if we can’t have a solo Widow movie, then this is the next best thing.

Glad to hear that Black Widow is confirmed for Captain America: Civil War. Can never have enough Scarlett Johansson.

Johansson joins an increasingly impressive cast that so far includes Captain America, Falcon, Iron Man, Crossbones, the Winter Soldier, a mystery villain played by Daniel Brühl, and the first appearance of Chadwick Boseman as Black Panther. At this point it’s not so much “Captain America 3” as “Avengers 2.5.” (Also, here’s hoping Black Widow is joined by some other female characters soon. Jeez.)

Fans of Captain America: The Winter Soldier will also be happy to know that the writers and directors of that movie are also working on Civil War. But right now we’re mostly excited about seeing more of Black Widow.