Will Marvel finally get a female hero right with Scarlet Witch?

Will Marvel let one of its most powerful female heroes shine on screen?

The Marvel Cinematic Universe, however, is a different story. Few women of Marvel have been highlighted in the hero factory’s films. Even central Avengers team member Black Widow has not only be denied her own film, she’s been jilted on merchandise, and even slut-shamed by fellow cast members. But it’s hard not to be excited that the Avenger’s roster finally adds a new femme fatale, Wanda Maximoff (AKA Scarlet Witch). Aptly named, Scarlet Witch single-handedly creates chaos with her enigmatic powers in Avengers Age of Ultron, going from formidable enemy to important ally in the last act of the film.

Scarlet Witch has had a complexed and muddled comic history, starting from her origins as a member of the Brotherhood of Evil Mutants, to her new-found place on the Uncanny Avengers. One thing has always been for certain: She is a catalyst for change.

Wanda made her debut in X-Men issue No. 4, along with her twin brother, Pietro (Quicksilver), as part of the Brotherhood of Evil Mutants. The life of villainy didn’t suit the twins, and shortly after, they joined the Avengers in Avengers issue No. 16.  Scarlet Witch suffered from the same underdevelopment as most women in the Silver Age of Comics: She had a one-dimensional power set and a flat-lined personality. (See also Jean Grey and Sue Storm). Her storylines were contingent on her surrounding male colleagues.

This carried on until Marvel alum Roy Thomas expanded Wanda’s powers from basic “hex” abilities to an arsenal of mutant-powered sorcery, allowing for more expansive roles in Avengers story arcs. Shortly after that, she married fellow Avenger, The Vision. The two even shared a book together, The Vision & Scarlet Witch.

But it’s after Wanda separated from Vision that we truly saw her potential. In 2004’s Avengers Disassembled, we learned that Wanda’s “hexes” are a form of a greater reality-altering ability. Then we enter a darker era for her character, in which Scarlet Witch mentally unravels, subconsciously causing a chain of catastrophic events that include the death of her former husband. In the House of M story arc, Wanda reshapes the world with a mutant majority and humans the minority. Tormented and disoriented by what she’d done, Wanda reverses reality back into place, but not without a price. In doing so, she depowers the majority of the world’s mutant populace and disappears without a trace. 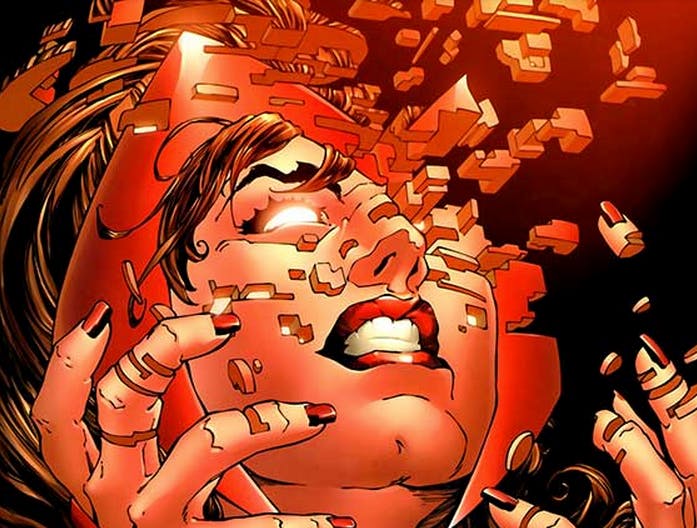 This has been the unfortunate formula for many of Marvel’s most powerful women. Jean Grey’s evolution from timid Marvel Girl into a confident and commanding superhero (formerly possessed by the Phoenix force) was not without pain and loss. The same goes for Storm, as the weather goddess lost her abilities only to find her true self and a badass look that most fans still revel in.  This “dark cloud” marks the beginning of a triumphant return and the birth of a stronger superheroine. Scarlet Witch is no exception, as she returns in the Young Avengers’ story arc, The Children’s Crusade, which ends in her defeating Marvel’s most nefarious villain, Dr. Doom.

In the 2012 crossover event, Avengers vs. X-Men, Wanda takes a pivotal role in saving the world from the Phoenix-possessed X-team. This cemented her future in the mutant-integrated Uncanny Avengers roster, where she’s now a central figure. 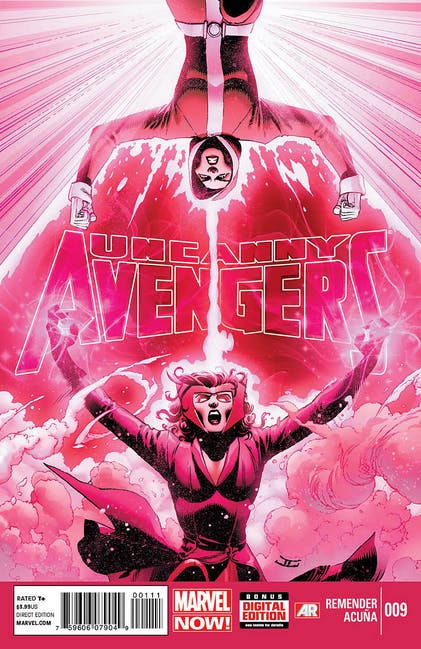 It’s hard to say if her MCU-equivalent will have the same gravitas or chaotic history, but you can’t deny the potential in future stories to come. (Though it should be noted that her mutant heritage and ties to her father, X-Men villain Magneto, won’t be acknowledged in the Marvel movies due to Fox’s exclusive rights to the X-Men franchise.) Reality bending could be a fun element in the Infinity Saga, but it’s up to Marvel to harness Scarlet Witch as an enhancement to the narratives rather than a failed opportunity, as we’ve seen so far with Black Widow.