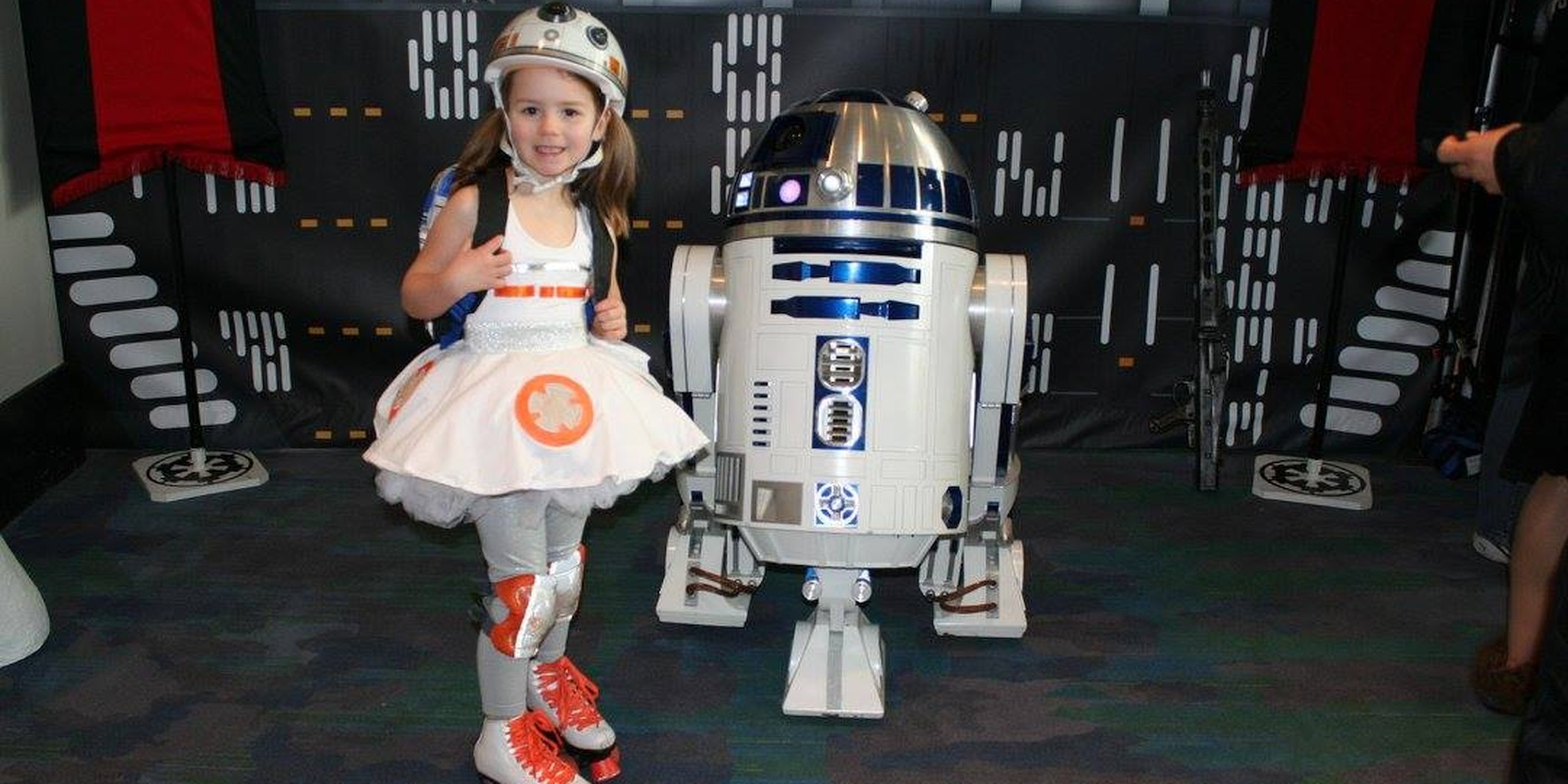 Meet the little girl stealing hearts with her adorable cosplay

Her BB-SK8 has been melting hearts all over the Internet.

For many it will come as no surprise that Chicago’s annual pop culture convention C2E2 was full of amazing cosplay. What might surprise you though is that one of the most popular cosplayers at the convention was a 5-year-old girl from Wisconsin.

Samantha Baehman stole hearts at C2E2 and across social media with her adorable cosplays that included BB-SK8, a roller skater version of Star Wars: The Force Awakens‘ lovable droid BB-8. Despite her young age, Samantha is already quite an experienced cosplayer. Her mother Sharon told the Daily Dot Samantha started cosplaying at C2E2 in 2014 and that the convention has become the one they won’t miss. In addition to BB-8, at C2E2 this year Samantha also cosplayed as Hawkgirl and Gwenpool. Her favorite cosplay at the moment, however, is the one inspired by Star Wars’ newest droid. According to Sharon it helps that the cosplay incorporates roller skating—which Samantha loves. The idea for such a combination came about when Samantha told her mother she wanted to be the droid.

“A lot of times I’ll go to Instagram for inspiration and just put in like BB-8 cosplay and see what comes up and [think] ok what can I do with this,” Sharon said.

During her search, she found a BB-8 cosplay with skates and it inspired her to create a version for her daughter. Samantha received a lot of attention for her adorable cosplay at C2E2 and even inspired fan art.