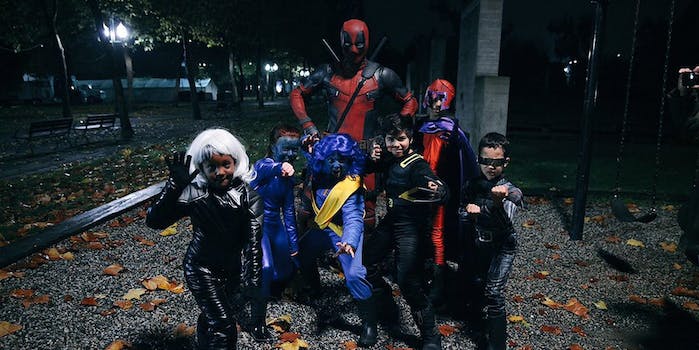 Would you trust Deadpool to take your kids trick-or-treating?

When Ryan Reynolds posted a photo of himself dressed as Deadpool for Halloween, we joked that he probably just wore that thing around the house.

Even by the standards of superhero movie hype, Reynolds is extremely attached to his role. He’s basically been tweeting in-character for the past year, and it’s clearly paid off: the memory of his terrible Green Lantern movie is now little more than a self-referential punchline.

For Halloween, Reynolds’ Deadpool obsession resulted in a video where he cursed at little kids dressed as Marvel characters. “How many of you have taken a human life?” he demanded, staring down the crowd of trick-or-treaters.