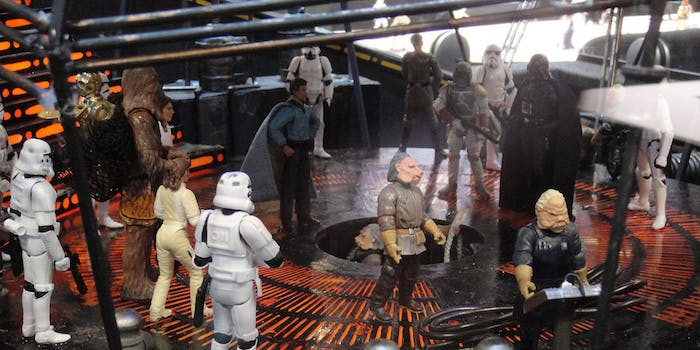 For many, the franchise itself is a tradition. Whether it’s watching a marathon, seeing the Death Star blow up at midnight on New Year’s Eve, or attending Star Wars Celebration, traditions run wild through the franchise. One of the best is the Running of the Hoods during Celebration. Stopping even the most jaded of Star Wars fans in their tracks, the Running of the Hoods is pure joy.

Originally seen in The Empire Strikes Back, Willrow Hood takes part in the evacuation of Cloud City ordered by Lando Calrissian. What makes his appearance notable is that he’s seen running through the hall in only a single shot carrying what appears to be an ice cream maker. He’s even an official action figure available from Hasbro. 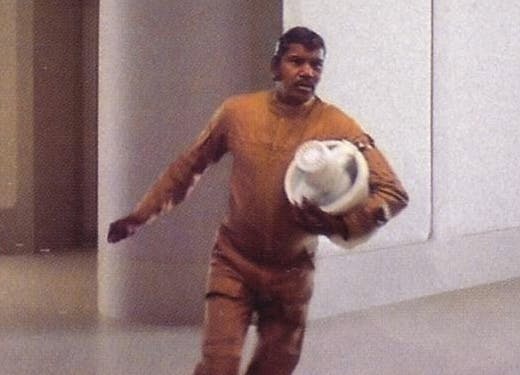 The Empire Strikes Back

Naturally, fans ran with it. An official backstory was developed for Willrow Hood, and he became a secret hero of the Rebellion. During the Imperial takeover of Cloud City, Hood was responsible for protecting Rebel Alliance contacts and to insure the safety of the information, he removed the main computer’s memory core and dumped it into a disposal unit (the ice cream maker) thus creating the infamous shot of him running through Cloud City with the ice cream maker cradled in his arms.

I finally caught the Running of the Hoods! #SWCA pic.twitter.com/DY1pRcHFGj

In honor of Willrow Hood’s selfless actions, dozens of fans dress up as the iconic Rebel hero and participate in a Running of the Hoods. Essentially the most amazing version of a Star Wars flash mob there ever was, the Hoods show up unannounced and run through various areas of the convention dressed in orange jumpsuits and fake mustaches, carrying ice cream makers.

The running of the Willrow Hoods @sw_celebration

As if things couldn’t get any better, the costumed character gang then hosts an ice cream social.