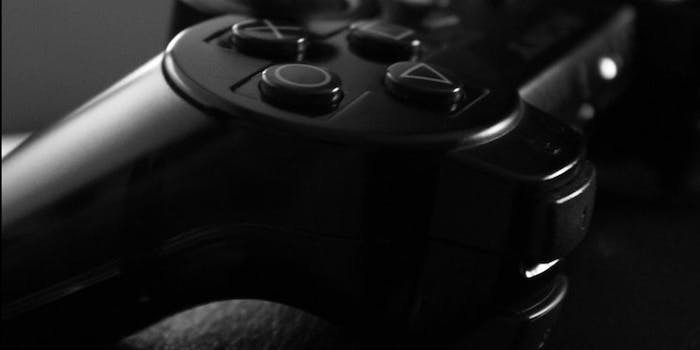 Roosh says he'll allow women to join his new Gamergate haven, but only if they're attractive.

Gamergate continues to satirize itself with the announcement of a new website intended to create “a safe space” for heterosexual male gamers.

The site, Reaxxion.com, is the brainchild of Roosh, a notorious pick-up artist, men’s rights proponent, and self-confessed rapist who seems to have made Gamergate his latest cause. On Monday, he unveiled Reaxxion.com and called it “a gaming site for those who support #gamergate.” The idea is that male gamers can congregate there without having to be confronted with “extremists infiltrating and corrupting video game journalism.” To the rest of the Internet, this is code for the presence of feminists in the community, and the discussion of issues they don’t like to consider, such as the rampant sexism, objectification, and violence directed at women both in games and offline.

The inherent misogyny built into gaming culture means that much of gaming, including international gaming competitions, is off-limits to women. Still, Roosh has decided that the much-maligned men of Gamergate just aren’t safe enough in regular gaming communities. He explains that Reaxxion is a site by and for straight men only—though “attractive” women can also comment.

Our goal is simple: create a safe space for heterosexual males who play video games. We won’t exclude homosexuals or attractive women from commenting on our articles, and we sincerely hope they find value in what we have to say, but understand that this site will be written by male gamers for male gamers. It aims to be a place where men can be themselves without SJW infiltration, judgement, and influence. In the year 2014, surprisingly, there are very few spaces for men online where their message isn’t attacked by white knights, man-haters, and SJW’s. I know an unmet need when I see one.

Here are some other choice highlights, including swipes at “Social Justice Warriors” (SJWs), a men’s rights buzzword for feminists and other progressives:

[Gamergate proponents] have experienced firsthand, just like I have, how the mainstream media enables or coordinates with SJW’s who actively and openly participate in harassment, threatening behavior, and even SWATing, which can result in death. …

I’m starting a video game site even though I haven’t played video games seriously since the year 2000 (Starcraft was my jam). I don’t even play mobile games. I won’t blow smoke up your ass by pretending I’m a gamer or have a deep commitment in furthering game technology. …

[Game narratives] are being perverted by people who truly believe that men are evil and holding women down just because they may want to enjoy a traditional story line with attractive women. …

Reaxxion will not try to jam ideology down your throat like the existing gaming sites. We won’t tell you to go to the gym and live in Eastern Europe to sleep with thin women, behaviors that I currently engage in. …

As long as I’m alive, I will do all that I can to make sure men can just be men.

Though its ethics policy states that the site doesn’t publish articles “with the intent to incite a mob,” it’s hard to see how Roosh’s straightfaced introductory statement could fail to do just that. Judging by the comments, a mob—possibly from Reddit’s horrified/delighted r/GamerGhazi—has formed to ridicule the site. One exchange between an outraged woman named Deanna and Roosh was particularly facepalm-worthy, as Roosh refused to engage with her unless she produced pictures proving that she was attractive.

The jokes practically write themselves.

Welcome to Reaxxion, the first gaming website to be powered exclusively by WHITE MALE TEARS. https://t.co/CJzoa2AQzH

#gamergate PSA: Citizens are expected to leave the general gaming community to start our own colony, starting here: https://t.co/tdktJUxuMW

there’s no need for “Reaxxion” there’s already a safe space for heterosexual males who like video games. See picture pic.twitter.com/Oxvs2pWoKB

To give actual Gamergate denizens credit, they seem to be staying far away from Roosh’s website. So far, public comments have mostly come from non-Gamergaters mocking the site, criticizing it for feeding the prevailing narrative that what Gamergate proponents really want is to rid gaming of feminists and other voices they don’t like.

Gamergate proponents have been trying desperately to shed the idea that their campaign is linked to sexism, misogyny, and harassment. Reaxxion.com, a site they didn’t ask for run by a man who admits he’s not really a gamer, is a step in the wrong direction. It doesn’t help that the site’s meager public support comes from people like notorious racist troll Vox Day.

#GamerGate: Roosh has a new pro-GG site at Reaxxion. Some may also be interested in my old game reviews at Recommend: https://t.co/EN54TBNDfW

While Roosh may have aligned himself with the movement, it will take more than just a speech about masculinity and a few thin blog posts about Final Fantasy VII to bring the (straight) boys to his yard.