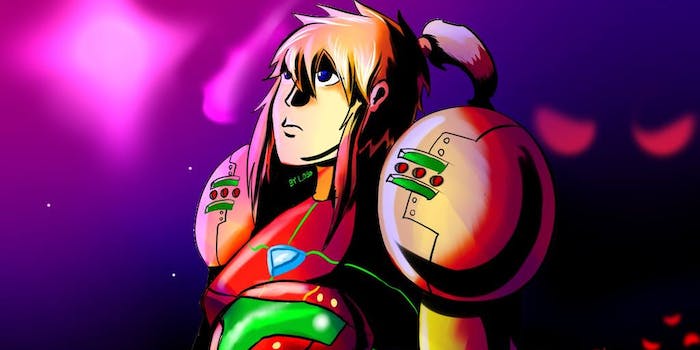 It seems that Ronda Rousey, the face of EA Sports UFC 2, isn’t just a fan of Pokémon.

In an interview with GameSpot, Rousey revealed that she would love to play Samus Aran in a film adaptation of the Metroid Prime series.

“I’ve always wanted to be Samus. That would be badass. I love how people found out later that it was a hot chick on the inside. And then most of the day you’re in a suit, so you can just hang out and eat donuts and be the star of Metroid. I hope they make a movie out of that.”

Considering that Samus has transformed from a burly badass in the original Metroid to a shorter and overtly sexed-up redesign in Super Smash Bros. Brawl, having Rousey star would be a great callback to form.

The interview revealed some other interesting facts about Rousey and her love for video games. When creating her character in World of Warcraft, “I really don’t try to make characters look a lot like me,” Rousey told GameSpot. “So with my Blood Elf, I’ll have her be with, like, evil bitchier hair. My Night Elf will have goody two-shoes, I-like-to-waltz-through-the-forest hair.”

And when asked if she would consider streaming on Twitch, she said she admires UFC Fighter Jessamyn Duke for having such a strong streaming presence. But Rousey herself would be less inclined, saying she thinks of gaming as her personal relaxation time.