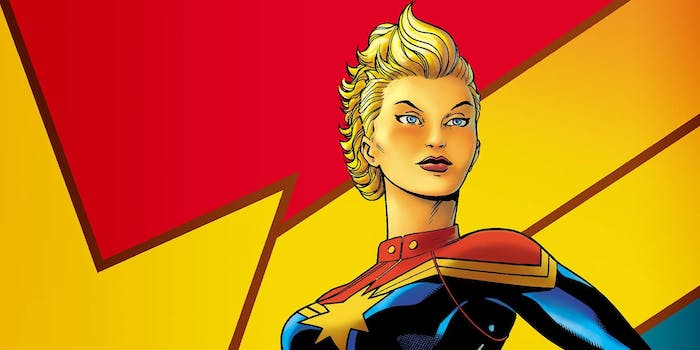 Fanartists imagine what Ronda Rousey would look like as Captain Marvel

Here's what Ronda Rousey would look like in costume as Captain Marvel.

Ever since MMA champion Ronda Rousey mentioned an interest in playing Captain Marvel (or “Miss Marvel,” as she put it), fans have been wondering if she’s in the running for the role.

Rousey probably isn’t a serious contender compared to professional actors like Emily Blunt, but that hasn’t stopped fanartists from having some fun before the real Captain Marvel casting is announced. Over the past few days, Rousey has been inundated with portraits of herself as Carol Danvers.

Since the reddit AMA I've received so many badass Ms. Marvel/Captain Marvel edits! There were so many cool ones I couldn't pick just one to share – here's 2 series of 2 Big thank you to contributing artists: @alexmurilloart (right) and Hugo Dourado (left)

Who knows, maybe Rousey will pop up in another Marvel role someday. Plenty of badass female superheroes still haven’t made it to the big screen, after all.