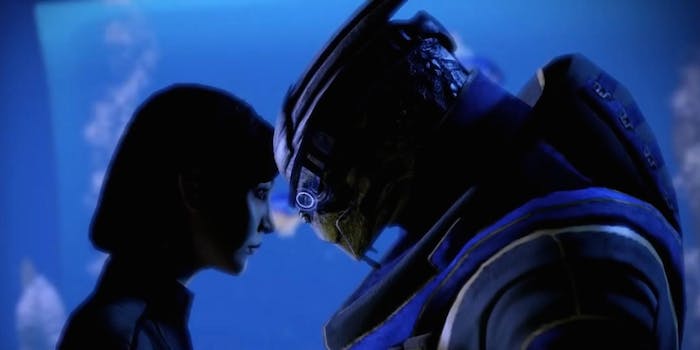 How romance is evolving in video games

Your mission: Fall in love.

After investing hours in this relationship, the big moment is finally here. You and your partner get a little privacy and time to indulge in your romance. It’s the reward for making all the right choices through thick and thin—and then you watch all the intimacy take place on a screen.

As much as the journey might sound like real life, it’s actually just a situation found in more and more video games these days. Romance is adding a whole new layer to the role-playing experience. Typically it’s not even a moment shared between two gamers controlling their avatars (that’s something else entirely), but a moment between the player and a computer-controlled character they’ve spent time with during their adventures. This choice to have an intimate romance woven into storylines is quite different from how relationships have been portrayed in games in the past.

Miellyn Fitzwater Barrows, owner and creative director of Gorgeous Robot, sees romance existing at all in games as a major change made over the last decade. She spoke on a PAX East earlier this month at a panel titled “Foreplay: Romance in Games,” where she was joined by  Mike Laidlaw, creative director of Bioware’s Dragon Age series. While love interests have long been a part of games, there’s been a broadening over the years of how romances can be included in the story.

“You see it woven into a lot more places and built into the storyline where it’s being recognized as a viable and valuable tool for storytelling and for player engagement,” he said.

While more game designers are including romantic elements, they have creative differences when it comes to how. While Bioware’s Mass Effect gives gamers a series of choices, Lionhead Studios’ Fable series makes you work for your relationships, and The Fullbright Company’s Gone Home reveals romance in letters that are woven into the game. Games have also started to include nontraditional romances, according to Bioware product marketing manager Hilary Heskett Shapiro. Gamers are having the chance to participate in same-sex relationships and sometimes polyamorous romances. 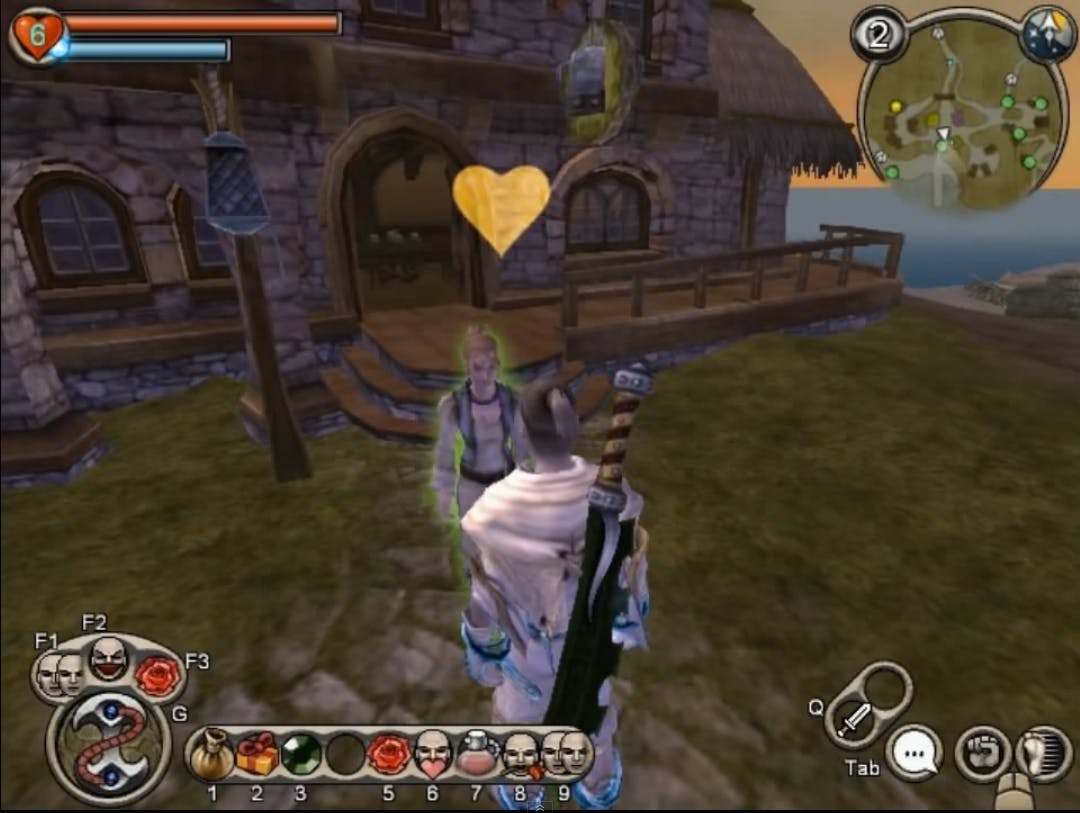 Romance in ‘Fable: The Lost Chapters’ (Screenshot via Shade/YouTube)

“I feel like that’s such a huge part of who we are as a people that it’s really cool to see games that really represent that well and with a lot of integrity,” she said. “I think it’s awesome that more and more games are starting to recognize that those romances are just as real as traditional ones.”

To fellow panelist Aenne Schumann, a writer for Press2Reset, these nontraditional options need to be explored more in games because there are so many different ways people experience romance. It’s an opportunity for gamers to see what romance might be like through someone else’s eyes.

Any doubt that gamers are enthusiastic about the inclusion of romances in games can be dashed by looking at the response as Bioware confirmed the first two romanceable characters available in the upcoming new Dragon Age game, Inquisition. At PAX East, Laidlaw revealed that Cassandra Pentaghast, a Chantry seeker who appeared in Dragon Age II, and Cullen, a templar who appeared in both previous Dragon Age games, would be available for romances.

Fans cheered and the news quickly spread on Twitter and the Bioware forums. The excitement around Cullen, who unlike Cassandra has not been confirmed as a companion in the new game, was particularly fierce. The character has developed a loyal fanbase over the years despite being a relatively minor character in the series.

So I can finally romance Cullen in the Dragon Age. There is a God after all!!!

CULLEN CONFIRMED FOR ROMANCE OPTION IN DRAGON AGE INQUISITION. NOT A DRILL. ITS CONFIRMED. HOLY SHIT THANK YOU BIOWARE

Cassandra and Cullen were confirmed as romanceable characters in Dragon Age: Inquisition. This is wonderful news. Cassandra here I come.

OMG I JUST FOUND OUT CULLEN IS ROMANCEABLE IN DAI AASFGHJKLZCVBNM;ZJNDCMZ YOU HAVE NO IDEA HOW HAPPY I AM RN *sobs* #tearsofjoy #Cullenites

The excitement over the Bioware announcement could be because the company is one of a few that tries to include a variety of romances. That includes same-sex relationships, though this has made it the target of backlash and controversy from certain elements of the gaming community. The company received letters condemning their decision to include same-sex romances in Star Wars: The Old Republic and a number of fans gave Mass Effect 3 negative reviews online as a result of the game offering the series’ first gay male romance.

“One of the things I’m most proud of working with Bioware is I can’t recall a time I’ve ever really run into any resistance to going, ‘I want to do this with romance.’ That’s something that’s continuing all the way into Inquisition,” Laidlaw said.

Of course romance in gaming goes beyond the options in these RPGs. Another change noticed by Schumann is otome dating sim games from Japan appearing in the American market. She said it was exciting to see a whole genre of dedicated romance games finally make its way to the U.S. Amanda Cosmos, former quality assurance lead at Irrational Games, said these games can sometimes explore relationships all the way through marriage via DLC.

Exploring romances beyond the “chase” is what the panel believes is the next evolution of relationships in video games. Fans also seem open to the idea, as mods exist for players to at least see marriages happen between their romanced characters for certain games such as Dragon Age. 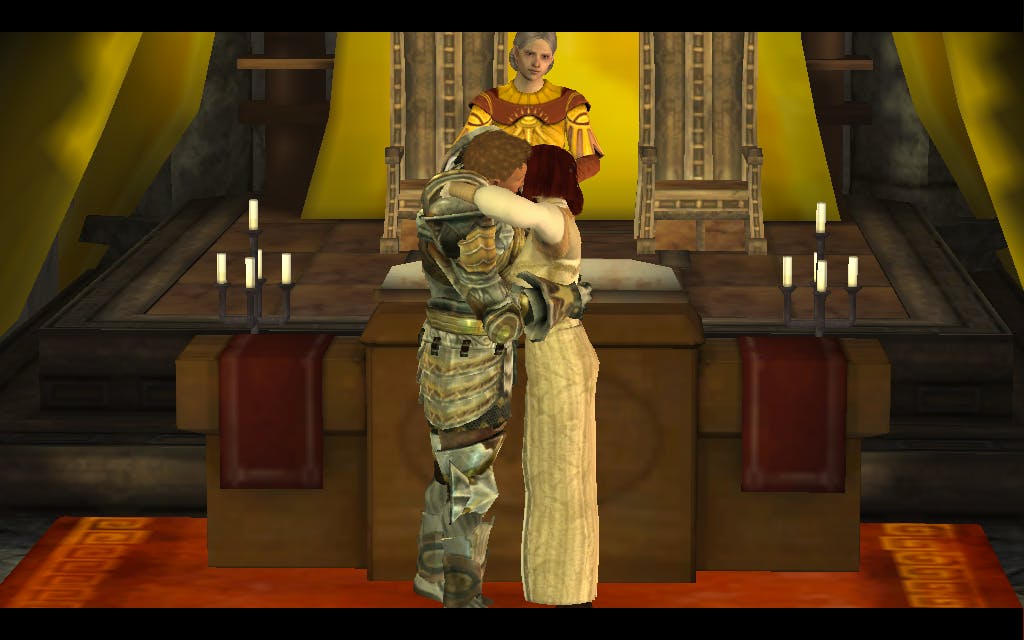 Moderator and community manager for Fire Hose Games Sean Baptiste said seeing the lifecycle of a relationship up to and beyond marriage is something he’s surprised hasn’t been done yet. The problem however may be that no one has figured out how to do that justice while focusing on another story in the game. On this point, Laidlaw said you need to know what your game is about.

According to Laidlaw one option could be starting a game with a married couple, but the lack of choice means you may be forcing the gamer into a relationship with someone who might not meet their sexual or other preferences.

To Shapiro, Mass Effect still did a good job of at least showing a romance evolve over time. Characters you were friends with in the first game could later be romanced in the second, giving you a sense that your relationships could mature.

For now at least, gamers may have to be satisfied with watching romance evolve over a series like that and enjoy the chase until game developers figure out how to integrate a longer relationship into a game. Once they do, then players might finally be able to try their luck at keeping the magic alive in the romances they worked so hard to achieve between characters.