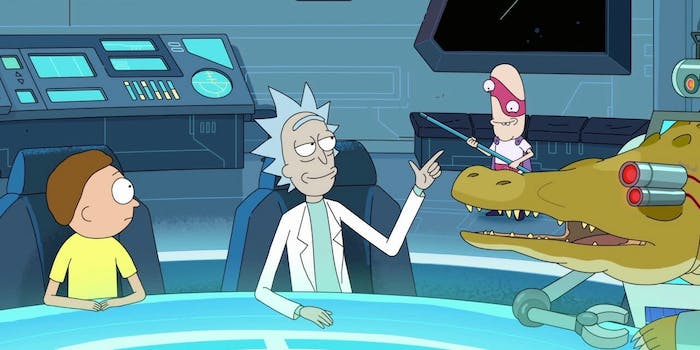 Rick and Morty is ripe for dissecting and in-depth discussion, but one lucky fan will soon get the chance to dive in with none other than the creators. We even got a preview of what that experience might be like.

Like any other Omaze campaign, fans have the ability to donate money in exchange for exclusive swag and opportunities, all of which count as entries for the grand prize: One person and a guest will be flown out to Los Angeles to record Rick and Morty season 3 commentary with Harmon and Roiland. Yes, there will be Szechuan sauce involved.

We may have heard our fair share of commentaries before, but as Harmon and Roiland demonstrate, it’s not as simple as getting into the right dimension and recording booth. They practice beforehand, which Roiland demonstrates by voicing Rick, Morty, and Mr. Poopybutthole action figures. Shenanigans—and revelations of new canon—ensue. According to Harmon, Mr. Poopybutthole is an adult Meeseeks. Who knew!